Why White People Hate Black People So Much

-------
WHY DO WHITE PEOPLE HATE US SO MUCH? BECAUSE THEY ARE STILL ANGRY ABOUT THE PHARAOHS AND THE MOORS! 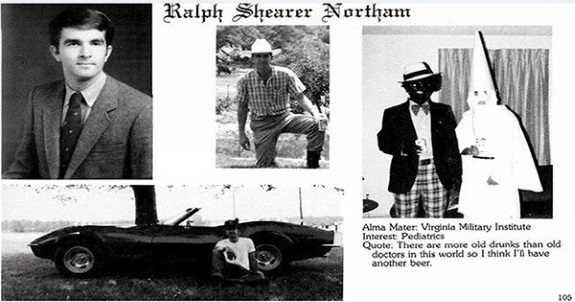 By Legrand H. Clegg II -- Several months ago, I wrote an article claiming that one of the driving forces behind White racism and animosity toward Black people is that of retaliation. In summary, on a deep, subconscious level the White collective has inherited from its ancient and medieval ancestors an entrenched resentment of Black people that was originally caused by Black ostracism, domination and enslavement of primitive Whites when Africans ruled the world. Given the fact that this is February of the Black quadricentennial year (1619-2019) of enslavement in America, and given recent racist events in this country, I have chosen in this article to revisit and elaborate on my theory of global White resentment and retribution toward people of African descent.

In our confusion over the persistence of White racism across generations and in our effort to become accepted as ordinary American citizens just as everyone else, we, as Black people, have appealed to the White collective with demonstrations, protests, petitions, prayer vigils ,etc.; none of which has led to a genuine cessation of racism on the part of the White establishment or masses.

Rather than continue these modes of thought and action, I believe we as a people should pause, gather our wits about us and calmly evaluate the true nature of White racism toward us. From such analysis we will find that today, as in the past, we are not just facing racial prejudice and intolerance but, rather, a deep-seated, visceral, reflexive loathing of Black people by Whites on a global scale that appears to defy all logic, has persisted over the centuries and is gaining renewed momentum during the Age of Trump.


Article On Why White People Hate Black People So Much Continues After Sponsor's Message Below...

Article On Why White People Hate Black People So Much Continues Below...

I theorize that this persistent White behavior toward people of African descent, which we call racism, is a result of at least three thousand years of Black Pharaohs and generals (including Sesostris, Thutmose III, Ramesis II, Taharka, Batricus, Hannibal and the Moors) raiding, invading, conquering, dominating, colonizing, oppressing and enslaving various European and Asian populations.

These periodic incursions and extended colonizations culminated in the European exploits of the great Carthaginian general, Hannibal; in the nearly eight hundred year reign (i.e., 711 A.D. to 1492 A.D.) of the Black Moors over the Iberian Peninsula (Spain and Portugal) and in Moorish naval fleets dominating the Mediterranean Sea during the Middle Ages.

Although the Muslim Moors civilized Spain and Portugal (just as the ancient Egyptians civilized the White Greeks), ushered Europe out of the Dark Ages and laid the foundation for her modern hegemony, Europeans deeply resented Moorish rule. By 1492, the Spanish regained power, began driving the Moors from the Iberian Peninsula and exterminating many who remained. (Some Black scholars believe that the Spanish bull fight and bull run are symbolic reenactments of Europeans driving the Moors from Spain).

When the tables were turned and the Portuguese and Spanish began enslaving Africans, whom they called Moors, the longstanding European hatred and resentment of their former African Masters morphed into contempt and animosity toward Black people in general. This sentiment became institutionalized and spread throughout Western Europe, crossed the Atlantic and reached the New World during the African slave-trade. For centuries this internalized sense of White enmity and racism -- which I describe as subconscious vengeance -- that has been widely manifested toward people of African descent, has proven itself to be virtually impervious to change in the face of Black appeals and agitation. Therefore, I humbly suggest that we, African Americans, cease appealing to the collective White conscience for change and, instead, utilize our vast consumer power to withhold our financial patronage (boycott) in wise and strategic ways, just as our revered leader, Dr. Martin Luther King Jr., did with the successful Montgomery Bus Boycott of the 1950's that led to the end of segregation in public transportation. This is truly the best way to effectuate change in a capitalist system dominated by White supremacy and racism.

Legrand H. Clegg II is the city attorney emeritus for Compton, California, president of the Western Region of the Association for the Study of Classical African Civilizations, and producer of the documentary “When Black Men Ruled the World.” He may be contacted at legrandclegg44@gmail.com or at his Long Beach, CA law office at (562) 624-2857 or via his new website www.thesiriuspeople.com

Posted by Dadpreneur Productions at 11:03 PM