-------
WHEN IN DAKAR, SENEGAL TO VISIT THE MUSEUM OF BLACK CIVILIZATION, ALSO CHECK OUT A BLACK-OWNED BOOK STORE CALLED CHEZ ALPHA BOOKS 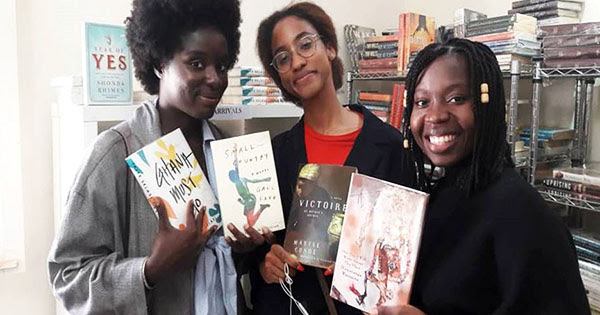 Nationwide -- Tourists planning to visit the new Museum of Black Civilization in Dakar, Senegal should also take a moment to check out Chez Alpha Books, an English bookstore committed to writers from The Diaspora, fiction /non-fiction stories related to the history, and experiences of people from The Diaspora along with other world literature.

Chez Alpha Books is an African-American/Senegalese venture led by Angela Franklin-Faye, a native of Cincinnati, Ohio living in Dakar. Historically Senegal is a Francophone country, yet several years ago Franklin started selling books in English. She comments, "It was never about one language having priority over another.

At that time, there was a growing interest in English, and we wanted to be able to provide a diverse range of fiction and non-fiction books to that audience as all the bookstores in Dakar were selling books in French. Also, the diverse and empowering stories we wanted to share were more easily accessible in English. At present, Chez Alpha Books is adding more titles in Wolof, French, Arabic and other languages that reflect the stories and images we want to share with our reading community."
Read more »
Posted by Dadpreneur Productions at 11:53 PM No comments: 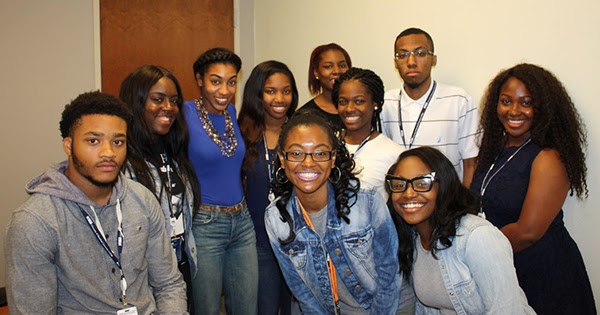 Washington, DC -- The DMV Youth Leadership Coalition has announced that registration is now open for its joint symposium event at the University of Maryland, College Park's Adele H. Stamp Student Union. The Saturday, April 20, 2019 event will feature workshop facilitators, panelists and exhibitors, and is intended for high school students (grades 9-12) and parenting adults. Attendees will also be treated to a catered lunch.

The purpose of the daylong event (9 a.m. to 5 p.m.) is to provide Washington, DC/Metro area youths with a more accurate definition of Authentic Leadership while giving parenting adults the information they need to ensure their children gain proficiency in this area.

According to the 4-H National Youth Survey on Leadership (2016), ninety percent (90%) of young people say they are concerned about the future leadership of America, and two-thirds are more confident in the next generation of leaders than in the leaders they see today.
Read more »
Posted by Dadpreneur Productions at 2:06 AM No comments: 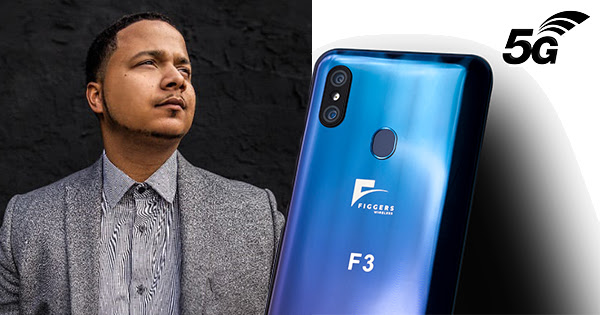 Nationwide -- Black history should be celebrated 365 days a year, and inventor Freddie Figgers is proving why as he is slated to become the first African American techpreneur to revolutionize the smartphone industry! He has already released and developed several innovative smart phones, but his newest phone, the Figgers F3: The first 5G smartphone in America, features an all new state of the art sleek design.

The Figgers F3 changes the narrative on the power of the smart phone as we know it. It comes equipped with a magnetic resonance wireless charging capability that allows users to charge the phone when they are within 5 meters of the Figgers Super Base charger. No cords or cables keep the phone in your pocket.

Read more »
Posted by Dadpreneur Productions at 1:49 AM No comments:

-------
YOUNG AFRICAN AMERICAN FEMALE ENTREPRENEUR IN MARYLAND HELPING WOMEN LOOK AND FEEL THEIR BEST THROUGH HER CUSTOM WIGS AND EXTENSIONS
Nationwide -- Millions of women suffer from thinning hair and balding, or want their hair to be fuller, longer or just want to give their hair a break from styling to let it grow. This is why Jenna Re Fenwick started CustomWigsandExtensions.com.

Jenna developed a passion for doing hair and make-up at the tender age of 8. She would do her sister, mother, grandmother and friend's hair routinely, practicing new styles, cuts and coloring and making wigs. She really enjoyed seeing the smile on their faces after she would finish doing their hair.

"I will never forget the smile on my grandmother's face after I made her a wig," Jenna says. After skipping a grade in elementary school, Jenna went on to attend Laurel High School and was the youngest student to graduate from their esteemed Cosmetology program and become a licensed cosmetologist in Maryland and a Certified Make Up Artist at the young age of 17.
Read more »
Posted by Dadpreneur Productions at 1:30 AM No comments:

As poverty continues to spread across the globe - almost half of the world's population lives on less than $2.50 a day, according to DoSomething.org - Trayham believes small business success is a key to raising people out of poverty and recently launched business training programs focused on entrepreneurship. The Pioneer curriculum for start-ups provides the step by step guidance needed to launch a successful business.

"Entrepreneurs can change the way they live and work - and inspire others to do the same. Innovations created by small businesses can improve the quality of life, creating personal success as well as create communities that are more prosperous," Trayham noted.

Read more »
Posted by Dadpreneur Productions at 1:10 AM No comments:

Beauty Pageant For Black Women Over 50 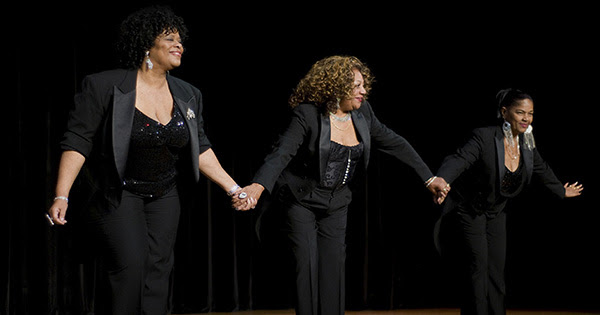 Nationwide -- Hallie's Comet Productions, LLC has announced that their signature event, the Silver Crown Beauty Pageant, will be leaping forward and upward in the Queen City of Charlotte, NC in 2019. This semi-formal gala will be held in October, exact date TBA.

This unique Pageant for women over the age of 50 will showcase their talents and beauty as they take their turn on the stage at a chance to be crowned.

Their mission is to exemplify the qualities, the beauty, talents and honor the community of forgotten women. Contestants who participate in the Silver Crown Pageant will have the opportunity to feel beautiful and confident walking across the stage, finding that it is a very special experience that will enrich their lives.

Read more »
Posted by Dadpreneur Productions at 12:50 AM No comments:

New York, NY -- L. Burner is a renowned journalist and filmmaker who began her professional writing career in 2010 with AllHipHop.com after CEO Greg Watkins took interest in her first documentary What's Really Hood? based on Wilmington's violence. Her latest documentary, The Rise of Eve is now available on Amazon Prime.

The Rise of Eve challenges toxic masculinity and is largely impacted by her perspective as an African-American female and one who has worked in the Hip Hop industry. During her tenure at AllHipHop.com, she interviewed Meek Mill, MC Lyte, Angela Simmons, Linkin Park, Salt-N-Pepa, Mindless Behaviour, and Marsha Ambrosius among others.

Moving Into Activism
Branching out to freelance writing, L. Burner penned a powerful article on an incident of alleged police misconduct involving children. Her piece created a national stir and provoked an emergency city council meeting and press conference in her hometown of Wilmington, DE.

With the impact of her police article and the sellout success of her first documentary, the seeds of activism had been sown. L. Burner's next topic would hit close to home, misogyny; something she experienced both in the industry and in many aspects of her life, like most women.

Read more »
Posted by Dadpreneur Productions at 3:38 PM No comments: 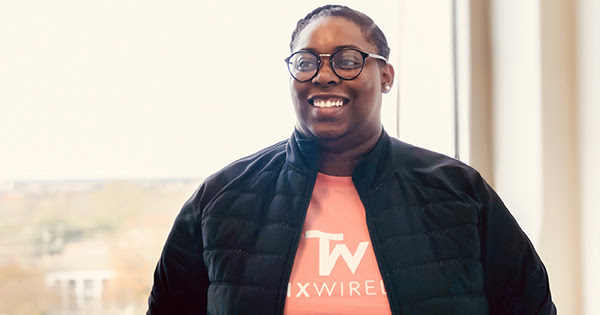 There's a new mobile service in town and they call Alabama home. Tesix Wireless, which launched just December 2018, hopes to attract millennial customers nationwide who are looking for a transparent and simpler mobile service. With plans for personal use and solo-entrepreneurs, plans will start at just $40 a month and the service is counting on low priced, uncapped and fee-less monthly options to attract new customers.

The company is entering a widely competitive market, but founder Chaymeriyia Moncrief, a fellow Alabamian sees her advantage in the field. With many prepaid carriers being almost priced at what larger carriers are but offering much less, Tesix wants to enter the space and offer not only great plans but more incentives, fee-less options and affordability. fees sometimes making up nearly 31.5% of consumers wireless bills, this is one of the biggest issues they have with their carriers.

Because Tesix is a millennial-focused carrier, their goal is to take non-traditional approaches to market and gain new customers. With today's millennials being set on convenience, two of those conveniences being their mobile devices and computers, Tesix wants everything their customers need to be accessible on those two devices.

It wants everything to be easy and virtual. It has no plans to open nationwide stores or go into local or national retail facilities, but the startup does plan to open the one and only store in Montgomery, AL in the summer.

Read more »
Posted by Dadpreneur Productions at 2:15 AM No comments: 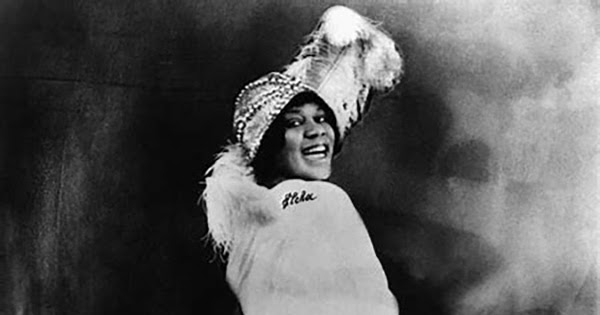 New York, NY -- The profound and pioneering legacy of singer/songwriter/entertainer Bessie Smith, "The Empress," is being gloriously prepped for a richly deserved and long overdue turn in the spotlight. A rollout of career-defining projects will make Bessie's name, life and story as relevant and indelible today as when the artist dominated the recording and performing world's in the 1920's. Upon the induction of Smith's granddaughter, Beverly Ann Clarke, as an honorary member to the board of The Bessie Smith Cultural Center in Chattanooga, Tennessee - by unanimous agreement - plans are underway for monumental memorials in Bessie Smith's honor.

These projects - already in development - include a full-scale musical play (i.e. Bessie on Broadway), a feature length theatrical motion picture (i.e. Bessie on the Big Screen), a prominently positioned star on the Hollywood Walk of Fame, and a re-establishment of her U.S. postal stamp, first minted in 1994. All of these works in progress follow the phenomenal success of the 2015 HBO made-for-television film Bessie (starring Queen Latifah) that garnered 24 prestigious industry awards including Emmy, Golden Globe, SAG and NAACP Image Awards honors. Partners in the Bessie Smith Estate include Sony Music Entertainment and Paul McCartney's MPL Communications (umbrella company for the former Beatle's business interests).

Read more »
Posted by Dadpreneur Productions at 1:38 AM No comments: