-------
Featured On The Today Show LaChanze And Daughter Celia Make History As 1st Mom As Well As Daughter Starring On Broadway At The Same Time
By Kamau Austin, Publisher of Scoop Publications

Are you making history in a positive way? Well you keep caring and we'll keep sharing.
Today I got good news a touching historic story we shared on social media (from an article on BET), landed yesterday on the "Today Show." It was seen on my Facebook page and our Black Men Truly Loving Black Women group.

Two ladies with deep family roots and connections in Southeast Queens, made Broadway acting history and were seen on BET, our news blogs, and the prestigious iconic Today Show.  Award winning actress LaChanze stars as the Ghost of Christmas Present in "A Christmas Carol," while her daughter Celia Rose Gooding, makes her Broadway debut starring as "Frankie in Jagged Little Pill."

This is historic because this is the 1st time a Black mom and daughter have starred on Broadway at the same time.  A close personal contact of mine Michele Williams, who is also a 3-Time Emmy Award Winning Producer, at the prestigious NBC Today Show, saw our post about this historic mom and daughter and had it featured on the network's program.  Both are on Broadway in lead roles in separate shows.

Michele then pitched this historic occurrence and got it on the Today Show.  I want to thank Michele Williams for covering this uplifting story during the holiday season.

Also kudos to this mom and daughter duo both killing it in separate Broadway shows.  The Today Show Interview revealed the irony of how mother LaChanze didn't want her daughter to pursue a career in theatre.

She had mixed feelings about her daughter pursuing an acting career on Broadway because it is very tough industry.  However, her daughter obviously has acting chops too.

Read more »
Posted by Dadpreneur Productions at 11:29 PM No comments:

Email ThisBlogThis!Share to TwitterShare to FacebookShare to Pinterest
Labels: Article On LaChanze And Daughter Celia Making History On Broadway 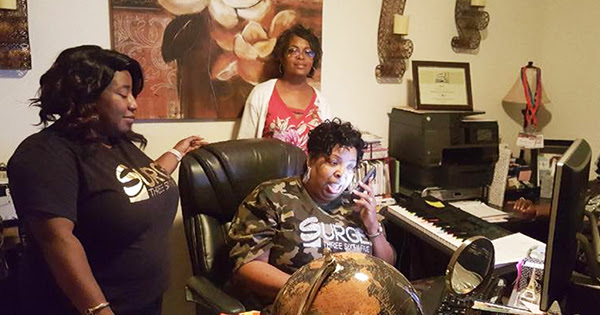 Dallas, TX --  Four Corners Travel and Cruises is a Black woman-owned premier travel agency that trains, equips, and teaches people how to travel while making an extra stream of income. Whether someone desires to book a hotel, resort, car, or cruise, Four Corners can arrange an optimal deal.

Agents earn what their customers save without inflating the price of a dream vacation. With the Vortex link located on the website, customers save 85-90% of the time versus other travel engines.

"I specialize in helping people develop a business in the travel industry with the goal that they can experience financial freedom while spending more time with their family and friends," says Four Corners Travel and Cruises founder and CEO, Shironica Roberts-Jack.


Read more »
Posted by Dadpreneur Productions at 4:54 PM No comments: 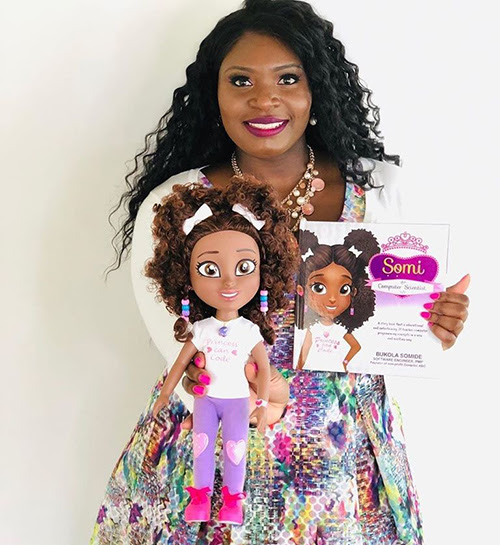 Phoenix, AZ -- Bukola Somide, creator of 14-inch Somi, the first ever Computer Science Interactive Doll, is on a mission to make playtime educational and entertaining. Equipped with 12 voice-overs, Somi teaches Computer Science concepts in a fun way and deterring cyberbullying.

The "first" of its kind, our Somi STEM doll was designed based off the looks of the main character in her children's storybook, Somi, The Computer Scientist: Princess Can Code. In the book, Somi [pronounced shaw.me] is a curious, bright, humorous, and beautiful young girl who has a natural interest in learning Computer Programming concepts from her mom. Her inquisitive nature allows her to connect what she's learning with real life experiences. Somi's persona was created with the intent that young learners would find her relate-able and want her as a friend.

Read more »
Posted by Dadpreneur Productions at 4:50 PM No comments: