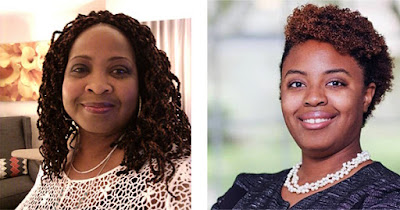 "Rock The Real Estate was born out of our frustration with seeing so many people in our community suffering financially and not feeling they have any options other than a 9-5 job," says Co-Founder and CEO, Lena Claybon. "Right now, with so many unemployed because of COVID19, that leaves them feeling they have NO options." Claybon goes on to say, "What we hope to do with this platform is give people options."

Claybon, who is a house flipper, wholesaler and landlord, is optimistic about the venture but remains grounded in reality. "Real estate investing isn't for everyone. It takes dedication and a willingness to learn and put in the work. Also, we're not telling people not to go back to work or to quit their jobs and do real estate fulltime. There are some who just want to supplement their income and there are others who want to eventually replace their income so that they have the choice to work or not. Whatever your interest for wanting to learn the business, we want to be a catalyst for making it happen."

Read more »
Posted by Dadpreneur Productions at 9:50 AM No comments: 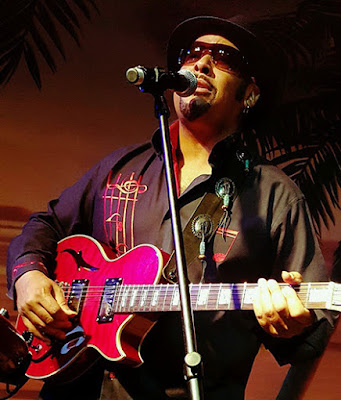 Las Vegas, NV  After years spent in lucrative retreat from the spotlight, multi-faceted musician/singer Randy Hall is in the midst of a hot streak as a recording artist as hot as his home base: Las Vegas!

Randy Hall has enjoyed international chart-topping success with his solo single "How Do You Want Your Love" (co-composed with Kevin Toney, founding keyboardist of Donald Byrd's Blackbyrds band) which vaulted over superstars such as Charlie Wilson and Usher to hit the top of the U.K. Soul Chart and several others from Brazil to Germany. Next, Hall had the honor of hitting the top of those same charts with a song he originally wrote in the '80s for Al Jarreau to sing as a guest of Miles Davis on an album that was ultimately shelved for decades. That swingin' song, "I Love What We Make Together" (from 2019's jazz chart-topping posthumously released Miles album, Rubberband) also shot up the world charts.

Read more »
Posted by Dadpreneur Productions at 9:46 AM No comments:

Black Financial Expert on How to Think Differently About Personal Finances 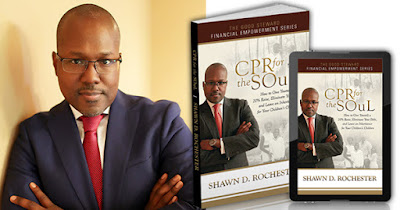 Southbury, CT  Shawn Rochester is an author, entrepreneur, investor and sought-after speaker who has spoken on Wall Street, in Silicon Valley, the United Nations and lectured at leading universities about the staggering financial cost of discrimination against Black people in America and advocates for a new economic framework to help create the millions of jobs and businesses that are missing in the black community.

In his highly acclaimed book, The Black Tax: The Cost of Being Black in America, Mr Rochester shows how The Black Tax (which is the financial cost of conscious and unconscious anti-black discrimination), creates a massive financial burden on Black American households that dramatically reduces their ability to leave a substantial legacy for future generations.

Read more »
Posted by Dadpreneur Productions at 9:42 AM No comments: 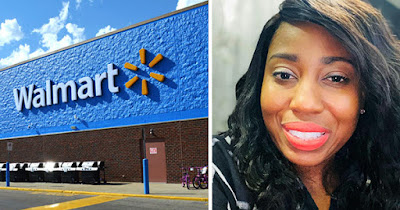 Nationwide  Meet Ebony Robert, founder and CEO of Ebony's Beauty Hair and Skin Care, whose handcrafted all-natural hair and skincare products are now available in Walmart stores nationwide. Ebony, a mother of five boys, launched the business two years ago, but says that her love for the beauty industry started at a very young age.

Based in Lafayette, Louisiana, Ebony built her business from the ground up and continues to fulfill her dream of being a woman entrepreneur. Last year, she grossed almost $100K while working as a full-time teacher.

As a wife, mom, and a boss, Ebony has positioned her company to become a very popular household brand on the rise. In addition to her distribution deal with Walmart (in both the U.S. and Canada), she has also established a partnership with Amazon.

Read more »
Posted by Dadpreneur Productions at 9:38 AM No comments: 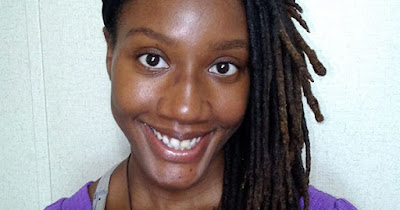 Luling, TX  While working online is new to many professions, it is the norm for Quornesha S. Lemon, owner of SaQred Dispute Resolutions. She is an online court-approved mediator that helps her clients settle their disputes out of court... without having to leave home. She handles child custody disputes, real estate disputes, mediation for intellectual property, and more.

Quornesha has been conducting Alternative Dispute Resolution (ADP) sessions online since first being admitted to the Texas Association of Mediators.

Helping people has always been her goal. Prior to becoming an accredited ADR mediator, she trained as a cognitive behavioral life coach, counseling and advising clients on setting and achieving goals.

Although Quornesha has practiced online mediation since first being certified, she knows this is a unique delivery medium for many. Her clients, who are often embroiled in emotionally charged disputes, have often commented on how much less distressing it is to be able to conduct the mediation and negotiations in the comfort of their own home.

Recognizing the emotional distress that comes with challenging

Read more »
Posted by Dadpreneur Productions at 9:35 AM No comments: 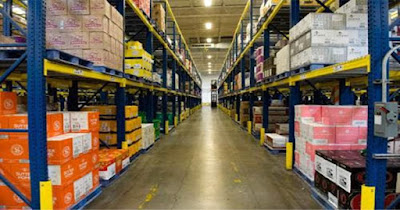 Nationwide  -- Scot G. Forte, founder and CEO of Forte International Spirits Inc./Direct Distributing, is the first African-American to launch an alcohol distributing company in the state of Georgia. The innovative company which has been making waves in the beverage industry this year has been embraced by suppliers worldwide.

The industry that will continue to grow and perform well, even during the current crisis, is the alcohol and beverage industry. Add to this the new wave of Black entrepreneurship, and times look good. The apparent reason is a large number of people at home, and the relief from stress that alcohol provides. As per the latest market data, the global alcoholic market will grow at a CAGR of around 4.09% until the year 2025.

The Black-owned market has received a boost with new entrepreneurs urging customers to 'Buy Black.' The latest entrant here is Forte International Spirits Inc., a distributor located in Georgia, which is looking at serving a global market, apart from being a Black-owned business.

Read more »
Posted by Dadpreneur Productions at 9:32 AM No comments:

Queen Strategy Partners launched the From the Groundup Series: Real Time Issues with Real Time Solutions to provide clarity and direction to MWBE businesses in the midst of the COVID-19 pandemic.
Last week, the topic of discussion was Does PPP really work for my business? What other loan options are available for  MWBEs. The webinar provided a wealth of information that was delivered in a new and different way. Check out last week's webinar here.
There will be a follow up webinar, The Five C's that every MWBE needs to Know to be Bankable, taking place this Tuesday, May 26th at 9:00am. I guarantee, you don't want to miss it! Register here
See Webinar #1
https://www.youtube.com/watch?v=Ex-xpm4V8cw
See Webinar #2
https://www.youtube.com/watch?v=Zzo6JPDotsg

Read more »
Posted by Dadpreneur Productions at 8:57 AM No comments:

-------
Nijaah Howard Survives Custody Harassment To Raise An Independent Successful Son
Nijaah Howard is a new author of Raising John’s Boy.  She pre-launched her book in March, but it will be released nationwide everywhere books are sold in June 2020.  Raising Johns Boy is a self-help memoir and guide to help single mothers who are raising son’s alone to discover their strength, voice, and power while eliminating negative self-talk and fear of raising a boy.
This book is a raw, honest approach to how Nijaah raised her son, M-Jay.  The hope is that the reader will take away practical tools to alleviate any concerns or misconceptions of a woman raising a boy into an independent, self-sufficient, stand up man.
Over 60 % of the African American household is run by women. Nijaah’s hope is to reduce the rate of single parent households tomorrow by helping mother’s who are raising son’s today.  Despite the over a decade back and forth in custody court, thoughts of suicide, thrown into jail by her son’s father, the many days of self-blame, the disparity of treatment from the system because she was not financially better than her son’s father, she still had dreams.
Although Nijaah was granted full custody early on, the manipulation, bullying, and control during court was paralyzing. She was determined to fight for her and her son’s future. With years of personal growth and development through counsel and coaching she overcame everything and graduated with her master’s degree and her son graduated the same year with high honors from High School.
Read more »
Posted by Dadpreneur Productions at 3:58 AM No comments: