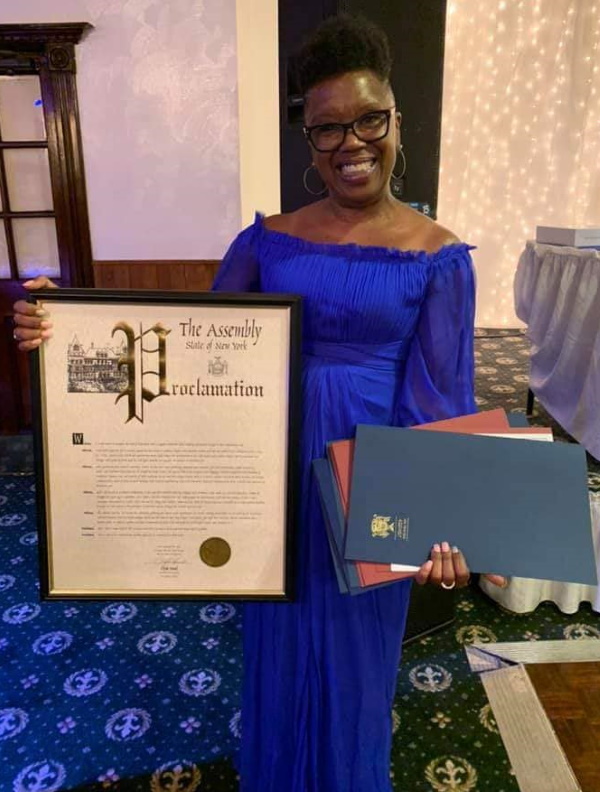 Dawn Kelly has won awards from the SBA, City Officials, and featured in Forbes Magazine

Dawn Kelly, a well respected restaurant owner known for her dedication and innovation in bringing healthy food choices to South Jamaica Queens recently shared her account of a fearful experience with what seemed to be NYPD undercover police officers.  Kelly is the owner of the Nourish Spot located at 107-05 Guy R. Brewer Blvd., Jamaica, NY 11433.

Dawn is also known for her advocacy for business and community development in Southeast Queens.  Ms. Kelly recounted on social media an experience of being followed by unknown white men who she later concluded were uncover NYPD officers.

Her expression of events should give people in the Southeast Queens area great concern.  What we shouldn't want in our community is a throw back to over aggressive and in some cases unconstitutional police tactics of the past used in the area.

A revert back to policies like the controversial "Stop And Frisk," that former Mayor Michael Bloomberg, admits was a mistake or arrest quotas allegations by the group known as the NYPD 12 is unacceptable.

Dawn and the writers at the Southeast Queens Scoop will be reaching out to the NYPD to get a response to her interaction with police.  Dawn Kelly's account of events on her social media page are shared below...


Read more »
Posted by Dadpreneur Productions at 8:32 PM No comments: