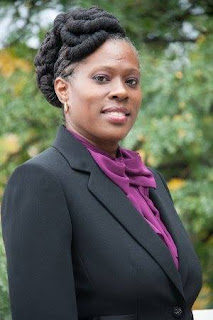 Ms. De Mendonca, has been a great resource to the Southeast Queens Scoop website. She has graciously allowed us to use her informed and insightful community content in the past.

She has extended herself to the SE Queens Scoop without us having to ask her for any help.  Terryl also has a very impressive record as a community activist and advocate.

If you live in Southeast Queens in the 29th District (Laurelton, St. Albans, Jamaica, Rosedale, and Springfield Gardens) you should seriously look into supporting her in her run for NYC State Assembly.

Terryl needs about 2,000 signatures to be included on the ballot for the September election. Why should you care? I constantly see people complaining ad nauseum about how politicians and the political system is unresponsive to their or the communities needs. So what do we do about it - just complain?

How about we support those with a track record of strong advocacy for the community? Another constant complaint I see in social media is how our young people have lost their way and need guidance. In other words people lament the "lost generation."

Her organization has been able to get teenagers who plead guilty to misdemeanors to avoid incarceration and jail/prison records (which would make it almost impossible to get a job) a 2nd chance. Instead of going to jail young people go into her training program to help turn their lives around. Terryl doesn't just complain "she walks the walk" and not "just talk the talk." She also does parent training in her organization.

Terryl is also active in her church, community board and other civic activities. Terryl encouraged me early on in doing my Southeast Queens Scoop Blog, without me even asking for her help - she has been a resourceful contributor.

What I like the most about Ms. Terryl Ebony is she isn't a political insider representing the local machine. She is starting her grassroots type campaign by listening to the community.

She looks to represent and mirror the concerns of the voters by listening and then taking their issues to the state house. She wants to hear your interests and concerns to create a political platform.

She has the track record in the trenches to represent the communities interests. With her I am confident it won't be the same ole politics in our area.

I don't know about you but I'm tired of complaining about the aloof political process. It's time to get out of our comfort zones and elect local leadership with a proven track record to represent our interests.

To Support this sista inbox Ms. Terryl Ebony on facebook and ask how you can sign her petition (or sponsor an event for people to sign her petitions) to be included on the ballot. We can't afford to wait for community change.

Why not search for Terry Ebony or click one of her links above to contact her now?  My name is Kamau Austin, and I approve this message! 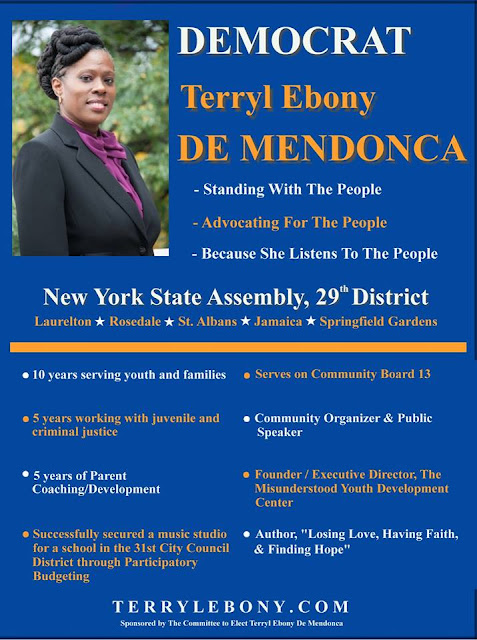 Posted by Dadpreneur Productions at 6:38 PM No comments: