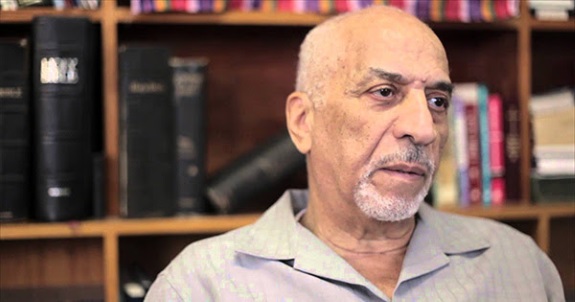 Nationwide -- Dr. Claud Anderson, best-selling author and President of The Harvest Institute, says, "Whether it is building a wall or open admission of immigrants, the partisan debate on immigration shut down the federal government and furloughed hundreds of thousands of employee, but has ignored a core issue: the effects of immigration on Native Blacks, the most vulnerable citizens." The Harvest Institute, a Washington, D.C. based non-profit policy and advocacy organization, has released an article on its website at www.HarvestInstitute.org, meant to address that issue.

Anderson comments, "Executing immigration policies without mitigating the negative impact those polices have on Black Americans is illegal and unconstitutional." The article explains that the 13th and 14th amendments to the U.S. Constitution, enacted at the end of the 1860's Civil War, mandated that Black people be treated in all manners similar to Whites and that government must use all necessary means to lift the legacies and burdens of slavery from the shoulders of Blacks. Since then, six succeeding generations of immigrants have been fast tracked into full American Dream membership while Black Americans remain the nation's official underclass.


The mandates of the 13th and 14th amendments of the U.S. Constitution have been ignored, violated and corrupted. These constitutional amendments were the collective base for the 1866 Civil Rights Laws designed to correct he 1857 Dredd Scott decision that held a Black man had no rights a White man was bound to respect. These laws were originally intended, not for all people, but to specifically correct the systemic injustice imposed upon Black people.


Article & Video On Dr. Claud Anderson's Insights on the effects of immigration on Native US Blacks Continues After Sponsor's Message Below...

Video & Article On Dr. Claud Anderson's Insights On The Effects Of Immigration On Native US Blacks Continues Below...

Throughout the nation's history, there have been successive waves of immigrants that have blocked the access of Native Blacks to, or pushed them off of, the upward mobility ladder of success. After slavery over 100 million European immigrants displaced Blacks in every labor and professional occupation. The article explains how displacement should not be ignored but addressed in policy reform because it continues unabated in areas such as those below.

SPACE: Although immigrants today move into rural communities and suburbs, most tend to migrate into and gentrify majority urban Black communities. They receive direct economic assistance from private and governmental funds that aids them to compete.

ECONOMICS: In comparative and proportional terms, Native Blacks remain where they were following the Civil War, fixed at the bottom with the least wealth and income. The economic restraining impact that immigration has on Black Americans is quantifiable. For every 10 percent increase in the number of immigrants entering this nation, the annual income of Black Americans is reduced by three-tenths of one percent. As an example, in the 1950's, Blacks had an earnings ratio of 56 cents to every $1 earned by Whites. As result of the 1960 Black civil rights movement, Black earnings ratio went up to 66 cent compared to the White dollar. However, between 1970 and 1990, there was a 300 percent increase in the number of Hispanic, Asian, and Arab immigrants. The ratio of Black earnings to Whites dropped from 66 cents back to 57 cents. The nine point economic gains of the Black civil rights movement was wiped out by a 300 percent increase of immigrant that occurred between 1970 and 1990.

EMPLOYMENT: Whether the jobs categories are unskilled or highly skilled, there is a long history in the nation of using immigrants to displace Black labor in the workplace. As example, the U.S. Department of Commerce reported that when the Civil War ended, of the 120,000 skilled craftsmen and artisans, over 100,000 of them were Black Americans. By the mid-1890's, new immigration policies bought in 26 million immigrants who blocked Black opportunities and totally displaced them in skilled crafts, farming and businesses. Today, nearly 50 percent of the workers who fill highly technical jobs are immigrants recruited and hired under the H-1B visa program. Since 2007, approximately 48 percent of all new hires were Hispanics. Whether government or private business, programs that target employment opportunities are not the same for Native Blacks who are not immigrants.

AFFIRMATIVE ACTION AND PUBLIC POLICIES: Affirmative Action programs were originally intended to be corrective actions for the handicapping conditions and injustices imposed by law on 22 generations of Black Americans. Public policies that ignore the exceptional history of and equate the newly arriving immigrants to Native Black Americans, compounds the racial injustices embedded in the U.S. Constitution and subsequent laws. There is no constitutional mandate to provide benefits to immigrants over Native Blacks.

HARVEST INSTITUTE POLICY RECOMMENDATIONS: The Harvest Institute article contends that the nation has not complied with either the 13th or 14th amendments to the Constitution or the 1866 civil rights laws. Immigration policies to build an equitable America should be based on the following understandings:

1) that legal and illegal immigration have made Blacks a permanent minority-loser in a majority-wins society;

2) the original intent of the 13th and 14th constitutional amendments was to protect Black Americans;

3) immigration policies should establish Protected Class status for Blacks similar to that of American Indians;

4) Deferred Action for Childhood Arrivals (DACA) recipients fled their countries to escape the very conditions that are currently endured by Blacks in urban America. Continuation of the DACA program should mitigate the negative effects on Native Blacks;

5) prohibit eligibility of immigrants for Affirmative Action programs and benefits;

6) education and citizenship training programs required of immigrants should include Black history content on the contributions of Native Blacks to this nation;

7) increase the quota of immigrants of Black African descent and reform existing immigration laws to treat Haitian refugees equal to Cuban and other migrating people.

Posted by Dadpreneur Productions at 7:16 PM