100th Anniversary of Black Massacres in 1919

-------
2019 MARKS THE 100TH ANNIVERSARY OF THE ELAINE PHILLIPS MASSACRES THAT CLAIMED OVER 200 LIVES OF BLACK MEN, WOMEN, AND CHILDREN 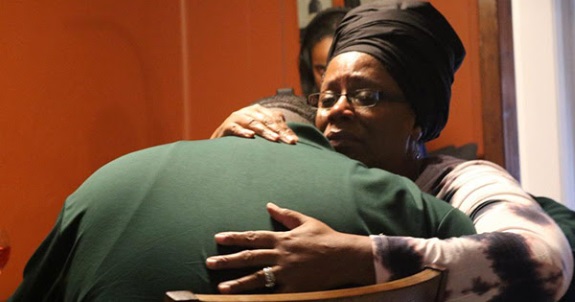 Helena, AR -- 2019 marks one hundred years since one of America's deadliest massacres that claimed over two hundred lives of black men, women, and children. In 1919, over a hundred sharecroppers and local farmers met with the Progressive Farmers and Household Union of America at a local church in a small rural community to discuss how to obtain fairer settlements from landowners. The black farmers were tired of being cheated out of their crops - this made the white landowners upset, the birth to the bloody slaughter began.

An article was written and published in Helena World newspaper said a white deputy was shot and killed by one of the black farmers. Not everyone agreed with the article that was published claiming that the black farmers shot first.

The local sheriff formed a posse of 500-1000 and provided weapons and ammunition to the posse. The posse came from Louisiana, Mississippi, Tennessee, Alabama, and Missouri to join forces to slaughter blacks. The governor called in five hundred federal troops, who arrested nearly two-hundred and sixty African American men over three days. One hundred and twenty-two African Americans were prosecuted for these events, seventy-three was charged with murder and twelve were convicted. Some of the older black people in the community said the numbers were much higher than two hundred.


Article On 100 Year Anniversary On The Elaine Phillips Massacres Continues After Sponsor's Message Below...

Article On The 100 Year Anniversary Of The Elaine Phillips Massacres Continues Below...

When my father, Kirk Manuel, and I started researching the topic, some of the oral history told to us by older people in the community said that bodies were dumped in a lake called Old Town in Lakeview. They told us the lake turned red from the blood of the bodies. Our family roots go back five generations to Phillips County, Arkansas. Through oral history, we learned about the massacre. Both of my paternal grandparents family lineage traces back to Pillow Plantation where both were born and worked. My father said my grandparents didn't leave the plantation until the early 60s and he told me that my grandmother, Obera Manuel, picked and chopped cotton, but once she left the plantation, she became a local civil rights activist in the 70's and 80's.

After watching a Vice Documentary about Dr. Antoinette Harrell's work, a Peonage Detective who specializes in peonage and sharecropping research, we made an appointment to meet her in Louisiana to share our family history with her and to discuss the massacres. While visiting her, we encountered a supernatural experience that we never experience before. A hundred years of pain and suffering, murders, rapes, and lynching came through me and my father on that visit. We brought pictures to show Dr. Harrell, she started feeling some type of energy coming directly from pictures of my ancestors. We learned something about our ancestors through this visit.

"Dr. Harrell asked my father about my grandfather, did he own a switchblade? Did he smoke cigars?" She felt that he was in a room filled with smoke. She felt that he was involved in bootlegging. My father called my grandmother to confirm what she was saying was accurate. My grandmother confirmed the things that Dr. Harrell told us. We talked about the story of how my great-grandfather, Reese Bailey, worked on Pillow Plantation until one-day old man Pillow wanted to beat one of my uncles for taking a peach from the peach orchard. My great-grandfather told old man Pillow, "If you hit my child, you will have to call your boys and hang me, Pillow." Old man Pillow told him to leave the plantation thinking my great grandfather had nowhere to go with 11 kids. My great-grandfather had already purchased land and a home previous to this incident because he knew that day would come.

We told Dr. Harrell about the research we found on the Pillow Plantation and how the Pillow family played a role in not only the Elaine Massacre but the political control in Phillips County to this very day. The Pillow Plantation was founded by Confederate Brigadier General Gideon Pillow, who was the head of Fort Pillow in Henning, Tennessee, which is the site where 229 African American Union soldiers were massacred at the battle of Fort Pillow in 1864.

The year 1919 was marked as the red summer and the local newspaper essentially made the town a ticking time bomb by printing every national event from the Will Brown story, to any news article that included an alleged rebellious black person against whites being lynched, in that time, radio and newspapers informed the community of what's going on in the world, while racial tensions were growing in Phillips County.

After going to Hoop Spur investigating the area, we believed the two white officers were probably armed and went in different directions in the midst of firing shots, and one of the officers was killed in what some call friendly fire. We spent a lot of time in Elaine, Arkansas in the Hoop Spur area where the massacre occurred, it was as though the spirits of the senseless killing had latched on and wanted to speak through my father and me.

We were denied access to court records by the Phillips County Courthouse, doors slammed in our face by other African American people who look at the story more as a profit and not as a form of our history, but I think about the Elaine twelve and how their own people turned their backs on them when there were about to be executed, but they never gave up and kept their faith so I feel I must do the same.

After receiving my Master's Degree in Creative Writing from Full Sail University in 2014, I started researching about the Elaine massacre, I've written a screenplay with hopes of bringing it to the big screen in theaters to educate others on the history of this massacre. For speaking engagements, lectures, and panel discussions, please contact me at 424-288-0135 or deangelo_manuel@yahoo.com.

Posted by Dadpreneur Productions at 8:57 PM