Dr. Charles Singleton Clarifies Why The Crash of the US Economy is Coming Sooner Than You Think

-------
An Update For Earlier Readers and Survivors

Leading Scholar Still Says the... "Crash of the US Economy is Coming Sooner Than You Think"

The Crash of the US Economy is Coming, Readers, Concerns, and Survivors By Dr. Charles L. Singleton
Yes, my friends, as previously published, Wednesday, November 21, 2018, “The Crash of the US Economy is Coming Sooner Than You Think.”  I recently wrote, “Looking back over the last 11 years, our USA economy is still recovering from its Great Recession of 2007- 2009.  Which simply means, the stock market observable failures (pseudo or artificial values in the equities and other financial sectors; suppressed income and wages, overvalued real estate, and accumulative generational debt), are still with us in my opinion.  In my view from the helm, the United States of America (USA) economy is also sailing rapidly toward overcrowded metropolitan traffic; congested gridlock with failing and outdated infrastructure, and increased taxation.”
And, as I continue to observe, the tremendous economic undercurrent, for many United States citizens, will eventually erase the stability and gradual recovery of the US economy; now within 8 to 12 months from this date.  Burdensomely and undesirably, Americans impulsive buying or purchasing habits are increasingly debt-driven financially.  Today, we have more credit card debt, along with increased mortgage and rental payments, personal debt accumulations, and lingering student loan debt.  Furthermore, the present-day trend of “living paycheck to paycheck” is increasing among US citizens. Recurrently, many Americans have inadequate savings, plus, outrageous medical bills (newborns, teenagers, adults, long-term care patients and the dying).

Moreover, government shutdowns: furloughs, unsettled nervousness involving international trade agreements; major US companies to experience declining dividends and capital gains, such as Apple’s stock falling value on January 2, 2019, plus the continual business closings and layoffs across the country will eventually crash the US economy: e.g., General Motors (GM), some 14, 000 employees are scheduled to lose their jobs.  Furtherance, the impact on the US economy of the 2018 Tax Reform Bill (Tax Cuts and Jobs Act), could have an “adverse effect” on US government revenue intake, and the consumer cost of living.
In addition, concurrently, according to USA Today Story News, and Politics, the skyrocketing exorbitant national debt ($21 trillion) is steadily growing an inflatable federal debt deficit ($779 billion) into $1 trillion for 2019.  And, keep in mind, all US citizens and able-bodied taxpayers, this “Huge Debt” must be paid. Thus, this heightened USA economic dilemma is further worsened by Washington, DC’s executive branch of the US federal government’s fragile pretense and its leaderless situation.

Article By Dr. Charles Singleton Predicting An Impending US Recession Continues After Sponsor's Message Below...

Article By Dr. Charles L. Singleton On The Impending US Recession Continues Below...
Meaning, the United States bicameral-government is further crippled by increasing numbers of so-called “balding tires,” political leaders who have since worn out their treads of serving “We the People: The Preamble to the United States Constitution 1787,” and functionally have not improved their ability to serve the citizens of our country, over many elected terms and years. The daily absence of their timely decision-making capabilities, along with a plethora self-serving attitudes, will eventually crash the United Sates economy.

Hint: use your vote to establish term limits and encourage others to run for public office. United States citizens must replace their politicians, who have become “balding tires” of untimely critical decisions; which could cause a titanic-colossal breakdown in the US economy.  Hint 2: the extraordinary balance and stamina of long-living trees shedding leaves during the fall and harsh winter, seasonally, do help with sustainable growth, and a productive pollinated springtime.  Now, following this train of thought, just think; maybe by implementing term limits for the US Congress (House and Senate), the United States of America’s lifespan will be extended like the Methuselah Great Basin bristlecone pine tree (4,850 - 5,068 years), Inyo National Forest, Inyo County, California: USA 242 years, since 1776, or The Indigenous American History Timeline, 525 years.  --- Britannica and Wikipedia 2018
Consciously speaking, the tremendous cost of unsuspected environmental disasters, such as earthquakes, storms, fires, and mankind’s global warming trends will devastate the USA financial resources; especially, substantial annual revenue.  Therefore, considering these facts, I am dedicating this article to the readers of The Crash of the US Economy is Coming, “Let the Buyer Beware,” Caveat Emptor and Black Scholar Still Says the Crash of the US Economy is Coming Sooner Than You Think, Readers and Survivors
Now, several readers of the article being discussed wanted to know if the pictured-author was an economist.  No, he is a consumer and the observations in The Crash is Coming Sooner Than You Think are real.  One should plan wisely.
Yet, another reader revealed that he was a Commercial Broker in the state of Florida.  He stated that what he saw in the commercial real estate sector today was quite alarming.  He felt that the present economic course, that we are on, will end up far worse than the previous housing bubble of the earlier 2000’s recession.  He too referenced more frequent company bankruptcies, more store closures: including, “Lowe’s 51 underperforming stores (31) locations in Canada and (20) locations in the United States, plus the tremendous borrowing of home equity lines of credit to pay basic bills and cumulative debt.”  According to this reader, these were the early symptoms which led to the recession of 2007- 2009, and eventually the crash of the housing market.
One commenter echoed, “I am wondering what one can do in preparation of this crash.  I am one who does not like to waste money; as well as be prepared, as much as possible.” Still, another wanted to know, “How should we survive the impending doom of the US economy, any suggestions?”  Frankly, my responses were as follows: If I may, Benjamin Franklin (1706-1790) said, "A penny saved is a penny earned,” idiom, English text 1633.  Unfortunately, so many USA citizens are not saving a penny.  Generally, I have suggested to readers, "Manage your resources the same way ants do; work, store, build, save, and avoid living like grasshoppers.”  Yes, these hoppers or locusts are vegetarians, and will eat other grasshoppers, if their main source of food is not available (weather changes). When the grass is green, nomadically wandering grasshoppers do very well.  However, if the grass dies, so will grasshoppers. Unfortunately, some citizens in our country live this way. Therefore, save, and avoid the impulse to buy, buy, buy! Instead, Work, Store, Build, and SAVE!  Yes, like so many of us today, we must be very careful.  Your question, "How to survive the impending doom of the US economy," is thought provoking!  My response is simply plan like ants and not like grasshoppers.
Reflectively, something to think about, “Economy Commentary, Kids Born in 2016 Hold $42,000 in Public Debt, and by the time most of this generation can vote, their portion of the federal debt will already be $68,000 per person.” --- Mollie McNeill, The Daily Signal, April 1, 2016.  Readers remember at birth, many of our very young citizens are born into debt, just sharing: https://www.dailysignal.com/2016/04/01/washington-spending-still-rising-kids-born-in-2016-hold-42000-in-public-debt/   Now, please be mindful, “The Crash of the US Economy is Coming Sooner Than You Think, Readers and Survivors.”
Practice saying the following daily quotes. “We Americans will need to focus on building generational wealth, instead of generational debt.” --- Avril Smalls.  And, remember to practice this common saying every day, “If it is to be, then it is up to me!”
Dr. Charles L. Singleton, Clinical and Educational Research Consultant: Editor/Publisher, The Family Journal, USA, Alston High School Garnet & Blue 1964 Journal and ECSC. ECSU Senior Class 1968 Journal, and the ECSU Atlanta Metro Alumni Journal, Mr. Isreal T. Singleton, Editor -in- Review
Contact: Dr. Charles L. Singleton    Lucky713j@gmail.com
Professor Suggests Strategies To Survive Looming Recession, November 17, 2018
https://www.southeastqueensscoop.com/2018/11/professor-suggests-strategies-to.html
First “US Economy Crash” article previously published, November 21, 2018
www.blacknews.com/news/charles-l-singleton-black-scholar-says-crash-us-economy-coming-sooner-than-you-think/ 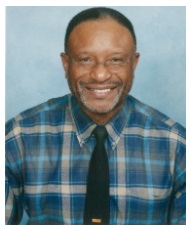 Posted by Dadpreneur Productions at 12:19 AM

Email ThisBlogThis!Share to TwitterShare to FacebookShare to Pinterest
Labels: Dr. Charles L. Singleton, Says the Crash of the US Economy is Coming Sooner Than You Think