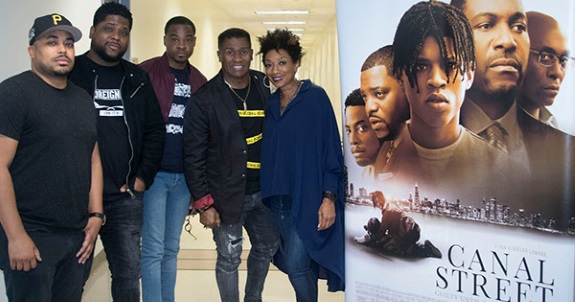 Houston, TX -- The independent film David, a suspense/thriller dealing with addiction by Lakisha Lemons of LL Productions, Inc., won Best in Fest at the 2018 MPAC Film Festival. Independent filmmakers from around the world gathered for the Festival October 11-13, 2018 in Houston, Texas. The festival kicked off with Grammy-nominated award-winning singer, songwriter, pianist Marsha Ambrosius and the last day wrapped up with the multi-talented comedienne and actress Kiana Dancie who was a panelist and hosted the monologue competition.

MPAC is dedicated to performing artists and aspiring talent in Houston by bringing in established entertainment professionals to share their path to success and expertise. It's a unique educational and inspirational organization that positively contributes to the cultural fabric of our community." Rick Ferguson, Executive Director, Houston Film Commission 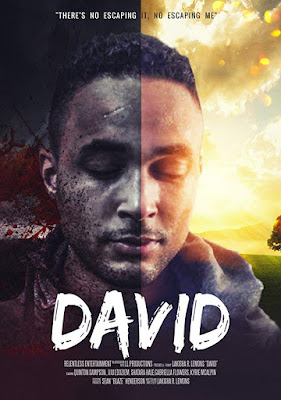 The University of Houston Downtown through its Center for Critical Race Studies and the nonprofit Mack Performing Arts Collective (MPAC) collaborated to present the bi-annual film festival. In addition to the film competition, the three-day event included a monologue competition, business entertainment panels, and a special screening of Episode 1 of the Urban Movie Channel’s new 5th Ward.

The screening was followed by a Talk Back session with series creator Greg Carter of Nexus Entertainment. Director, Writer & Producer Rhyan LaMarr was present for a special presentation clip from the Canal Street movie hitting theaters MLK Weekend, January 2019. Astute Films premiered for the first time the trailer for its highly anticipated film Best of Enemies starring Taraji P. Henson and Sam Rockwell. Dominique Telson, SVP of Development & Production was overwhelmed by the audience's positive response.

U.S. Congresswoman Shelia-Jackson Lee,18th Congressional District said, "The theme for this year, 'Intersections of Entertainment & Activism' comes during a time in our nation when we desperately need to see the talents of those socially conscious put into film and placed on the big stage to speak truth to power."

Jonavon Stephens of Aquarius Films, who was a speaker at the Festival and a judge of the monologue competition, offered the competition participants walk-on roles in upcoming Aquarius Films; Javis Austin story and Live Comedy Mixtape.


Films chosen as the best films at the 2018 MPAC Film Festival are:

The Festival gives three special recognition awards to films themed around race relations and social awareness. Those films were:

Houston Mayor Sylvester Turner called the MPAC Film Festival a "remarkable showcase of talent and dedication." He applauded MPAC's work and its "efforts that inspire creativity and provide an opportunity for emerging filmmakers to excel..."


The MPAC Film Festival and the Mack Performing Arts Collective are the brainchild of Texas entertainment lawyer Jalene M. Mack, who is also an actress, playwright, producer, and writer. Through MPAC, Mack has been able to fulfill her dream "to give back to her community, expand the growth of the performing and visual arts industry, and make dreams come true."

City Councilman Dwight Boykins, District D, who attended the Festival, was inspired by what he saw: "I got to experience firsthand the impact that attorney Jalene Mack and MPAC are making on the city, its people, and local businesses." The Councilman added, "MPAC is truly bridging the gap between Hollywood and Houston. Supportive alliances like the University of Houston-Downtown and the film studio executives who attended the festival like HBO, Astute Films, Truth Entertainment, Nexus Entertainment. and Aquarius Films are what it will take to build true infrastructure for a viable TV and film industry here. MPAC has taken the lead!"

Joe Newcomb, CEO and founder of Truth Entertainment, the company that was greatly behind the success of the multi-Oscar-winning Dallas Buyers Club, said he was "blown away" by the Festival. "Mrs. Mack is igniting a fire within the film community by giving a platform and providing resources for new and emerging talent which includes writers, actors, and all other aspects of the film industry," Newcomb noted.


Founded in 2011 by Jalene M. Mack, MPAC is a nonprofit organization dedicated to cultivating interest in performing arts by exposing, educating, and entertaining our youth. Through its education program, it brings Hollywood celebrities and leading industry experts together with the next generation of talent through educational workshops, panel discussions, and networking events.


MPAC receives a small grant from the Wayne Duddlesten Foundation. Donations and continued support will assist with its programs and operations to bring more events like this to Houston. Registration backpacks provided by Thirty-One Gifts.


Learn more about MPAC and view full list of winners and honorable mentions at www.mpac-arts.org. For more information about MPAC's founder, visit www.jalenemack.com.


She is presently in high school looking to have a career in video, film, and media. You can see more of her entertainment writing on Lonstein Movies.

Posted by Dadpreneur Productions at 5:34 PM