Part 4: Appreciating Black Panther Beyond The 12 Myths of Black Liberation 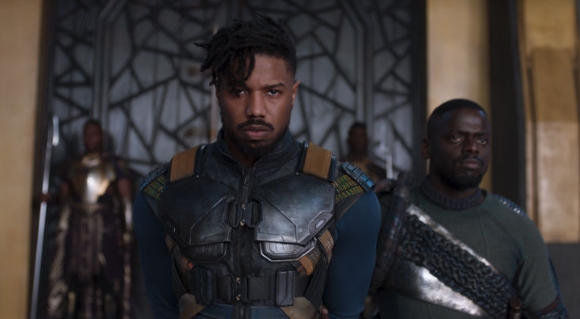 From there we have to consider the smoking gun of Lebron’s foundational argument: the flawed, tragic, three-dimensional humanity of Killmonger that is, not the character Lebron wanted him to be.  As much as Black men like myself may want to see our ideal selves in him, we are continuously reminded by the full development of the character that men like Killmonger—of "the people"—sometimes get it wrong, despite how brilliant or courageous they are. A good look at the history of Trotsky (the T'Challa of post-Revolution Russia) and Stalin (the obvious Killmonger) reveals this.

Stalin had Trotsky assassinated in 1940 (much as Killmonger had every intention of killing T’Challa in the rulership ritual and assumed he did), and continued creating the abomination the Soviet Union eventually became.  Stalin’s garbled and undigested Marxism got further warped and deformed by a trauma-based, war-obsessed ambition to rule and, via his forced industrialization of Russia beyond all reasonable time frames for completion, it led to the unnatural deaths of millions; considerably more than Germany under Hitler.

Unlike the more brilliant and stronger character-ed Trotsky from the upper middle class, Stalin’s lower class, Georgian dream became the very nightmare for the Russian poor they were trying to avoid by following him.  Battles amongst the ideologically opposed emanating from within the same families, clans or classes (despite, if not because of, the variances of the two warring parties’ personal history) happen all the time throughout history, with every race of people and their leaders at some point. (Queen Elizabeth the First vs. Mary Queen of Scots even show us that it’s not just a Man thing, either).

Sometimes the hero of the lower classes is the revolutionary humanity needs.  Sometimes they aren’t. This dynamic asserting itself in the fictional 21st century Wakanda, by virtue of a Wakandan royal family Cain & Abel crime committed in Oakland in the 1990s of the previous generation, therefore, made perfect sense to me.  Especially when it was fleshed out in such carefully tragic fashion in the movie; one of which Aristotle himself (Aristotle) would have approved.

I don't need all Black men to be heroes in a story to love and respect Black men.  In fact, if there’s more than one, I need at least one of them in a movie NOT to be a hero, so I'm not seeing the very artificially one-dimensionalizing, monolithic disposability of us as a race and gender that Lebron would otherwise be lambasting.  Killmonger is the archvillain the Black Panther story needed.

Killmonger, therefore, is not a racist urban trope in Black Panther.  He is a tragic character of mythic proportions.  Killmonger, much like Darth Vader before him, is Black Icarus. He allowed the wax wings of trauma, ambition, strength and ruthlessness to make him fly too close to the sun.  Myths, i.e. real myths (as opposed to modern lies and delusions that dirty the term), are different than tropes.

To tell a profound and entertaining story through the life of a Brother from the Hood, elevated from hurting child to (war) criminal stereotype to mythic tragedy, is to honor Black men, not denigrate them.  We can also be larger than life, like our most ancient ancestors, even during the dying age of the white man that is our modern world.   Without even getting into the fantastic portrayal by Michael B. Jordan, Black Panther succeeds even here, where Lebron believes incorrectly that it fails. 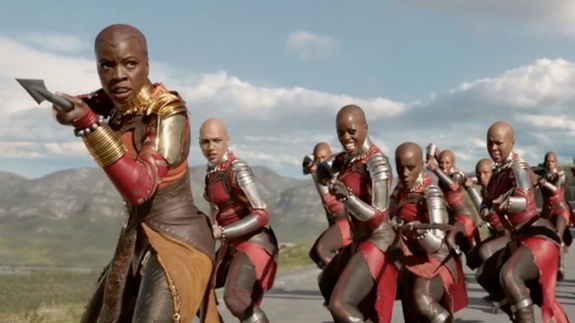 Criticism of Black movies is practically reflexive both in and outside the Black community, with the insights of the artists involved in its creation ironically considered the least valuable by those doing the critiquing.  Whether it is a criticism of class-based rivalry revealing racial self-hatred within artistic work; or the critique of the exploitation of Black culture and historical suffering by those outside of our community; or a serious issue surrounding the questionable past of the leader of a creative team, addressed in a way that serves to inadvertently invalidate the work of the hundreds of people they were leading; or the discomfort associated with a masterfully artistic rendering of humanity that reveals long-standing debates within the community on who has the right to consider themselves human; or even the poetically delivered insights of a master critic transcending the artistry of what was being criticized  there is, guaranteed, an undying history of Black film criticism that is as old as Black film itself.  It must be remembered, however, that while all art is propaganda, not all propaganda is art.

Artists who endeavor to make great art and succeed were not trying to make more utilitarian propaganda and failed—even when a cross-section of their audiences and critics would like have liked cheap political allegory serving that purpose better.  Art does not fix social problems.  It reveals them—while revealing both their hidden origins and the power of people to fix them after their exposure.  And that is enough.

Ryan Coogler, with his extraordinary Black Panther team, deliberately failed at becoming our Magical Negro: the prodigious young director making a film that betrayed both his own artistic voice and the expectations of his financial backers to make a political statement that only a select few of us would find worthy enough to honor with ticket sales.  In other words, he’s not just a Hollywood director but its newest business-savvy auteur: he deliberately failed miserably at failing miserably.

He succeeded, instead, in making something far more meaningful: he made Black Panther a movie that is powerful, in part, by virtue of it being problematic.  Team Black Panther made something problematic and imperfect—and revolutionary — by making marvelously entertaining fiction that reveals ancient, multifaceted truths about who we, as Black/African people, really are.

And he honored all Black men in the process.  I don't know what those who criticize Black Panther were expecting the film to magically do for the Black community, but it wasn’t going to free us according to the twelve myths of liberation that bind us—like every Black leader since Akhenaton has failed to do.  Because that’s impossible.

King T’Challa, aka Black Panther—with his high-tech, conspicuously neutral, African Switzerland homeland that is Wakanda; a homeland built on the Black/African music & spirituality metaphor that is vibranium; serving as the telescope through which we study the discovering of a conscience, consciousness and heroic purpose in the modern world; by virtue of a tortured, half-breed, descendant of slaves from Oakland: a tortured Black warrior cousin of Wakanda’s royal family that almost destroyed it all—doesn’t “take us there.”  No principal character, nor movie, could.

Black Panther achieves all of its objectives by sparking our imagination and entertaining us, artfully and majestically, while showing us the way.

And that is enough.

Black Panther talks a magnificent talk.  We still have to walk the walk ourselves.

Earl Wellington Hazell, Jr., native New Yorker, is a bass-baritone opera singer and jazz composer/arranger who, when not working with companies nationally and internationally, is the Executive Director of the production company Jazzoperetry [Jaz-OP-ruh-tree], Inc.  He lives with his wife, Dr. Alexis Davis Hazell in Tempe, AZ

Posted by Dadpreneur Productions at 12:49 AM