Part 3: Appreciating Black Panther Beyond the 12 Myths of Black Liberation 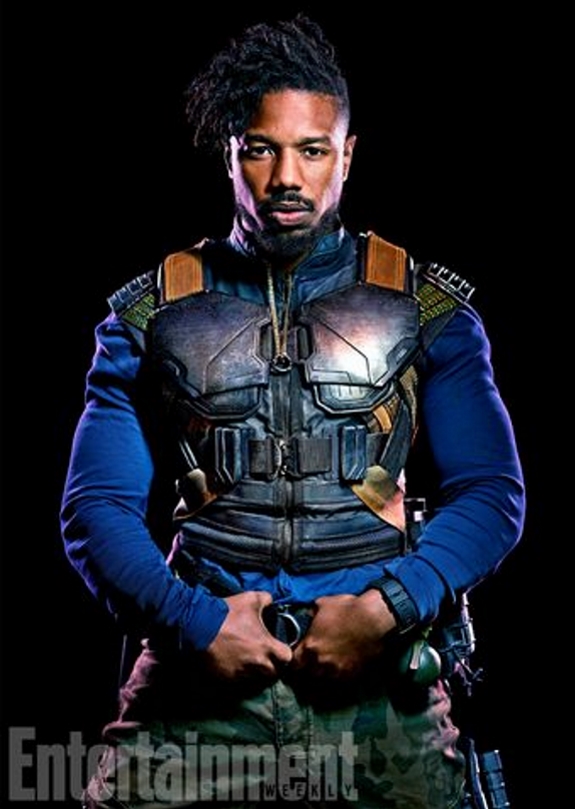 KILLMONGER, THE ALPHA
In fact, in his zeal to defend Black American men, Lebron did not express a full appreciation  of the degree to which Black Panther rose above the majority (if not all) of the soul-wearying stereotypes in which even quality white movies today are often mired.  There are no Toms, Coons, Mulattoes, Mammies, or Bucks to be found in Wakanda.

There are also no Magical Negroes—the other vestigial remnants of antebellum slavery culture—existing for the sole purpose of making white lives easier; not in Wakanda, South Korea, or Oakland.  White people, in fact, are never central at any time in this film; whether they are good, evil or generally indifferent, they're all either dumb, oblivious, or stupid.

Had the CIA agent been a real James Bond type, it would have centralized him in the story.  Had the villain Klaue been too smart to be fooled by Killmonger, he would have been.  The rest of the white people in this film are arguably dumb bystanders, whether they're walking down the street, gambling in a club, helping a smuggler smuggle, or speaking at the United Nations.

And the Bechdel test is one that Black Panther couldn’t have passed with more flying colors if T’Challa married Wonder Woman.  The women of Wakanda couldn’t have been more central, independent, interactive or vital above and beyond their relationships to the men.

That leaves the source material, which Ryan Coogler honored in ways that surpass much of both Marvel Comics and D.C. Comics-based fare of even the past several years.  Add to that some pretty extraordinary CGI and an extraordinarily well-paced story, and the reasons for the critical as well as popular acclaim for the movie become painstakingly clear.

So clear, in fact, that a knee jerk response to Killmonger, cousin to T’Challa but born and raised (as a “black thug”) in Oakland, demands another look. Lebron says that “These imaginings (i.e. ‘an immensely rich and flourishing advanced African nation that is sealed off from white colonialism and supremacy; and a few black Wakandans with a vision of global black solidarity who are determined to use Wakanda’s privilege to emancipate all black people’) could be made to reconcile, but the movie’s director and writer (with Joe Cole), Ryan Coogler, makes viewers choose.”  This is where a political ideologue’s misperception of artistic construct can inadvertently insult the intelligence of Black audiences. 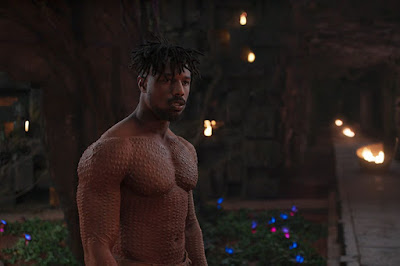 Ryan Coogler & Joe Cole are telling a story to voluntary audiences (i.e. people who chose to pay their own money and see a movie at theatres they can leave at any time), not engaging in hostile negotiations with a captive one.  We are independent adults who have the freedom to choose any side we want when two sides are fully fleshed out by the creative team supplying us with a movie; we are not being "made" to choose one side or the other, morally or otherwise, unless one side’s story is deliberately not being told.

(Even then, today’s audiences are so sophisticated that we tend to find one-sided storytelling either comical or boring, because we see through the game.)  We do not get to have a say in how the struggle between two forces is supposed to go, or who wins, however, because it’s not our movie; it’s not our story.  A desire to control the direction and flow of a narrative to make it mean what you want it to mean emerging within an audience member is common (if not a goal of the storyteller), but it’s emotionally infantile in the final analysis, not politically astute.  Projecting that personal desire onto the entire audience, and crying foul on their behalf when it is not fulfilled, is piling one set of analytical problems on top of another.

Yet another problem with Lebron’s insights comes with a lack of analytical clarity regarding not the emotional effect of the craftsmanship inherent to screenwriting in this instance but the craftsmanship itself. In virtually any short story, novel, play, musical, opera, telenovela or screenplay, “imaginings" that "reconcile" the struggle between two or more hostile forces central to the plot before the beginning of Act III are usually the product of what is called bad drama, otherwise known as sh**ty writing. That's not how drama works.

Consider every TV sitcom built on the sexual tension between two leads.  You can pretty much guarantee that the show was cancelled two episodes after that tension was resolved, no matter how good it was.  For example: the 80s Tony Danza vehicle, Who’s the Boss: soon after Danza and the female lead played by Judith Light started an official intimate relationship, the sexual tension between them was resolved and the show was cancelled.

The opposite: the 90s/2000s wildly successful Cheers spinoff with Kelsey Grammer that was Frasier.  No matter how educated, smart or sophisticated Frasier was, he never figured out how to make a relationship with a woman work, right through to the last episode of the last season...and we couldn't stop watching the show because of it.  In other words, the tension slowly building each season as a result of the failures of Frasier’s lovelife were never resolved.

Our interest in him, in turn, never died.   A story—comedy or drama—that resolves its own central tensions somewhere in Act 2 (like what Lebron seems to be saying was a valid road for the Black Panther plot not taken) has effectively committed suicide. Why would you continue reading or watching any narrative if "they all lived happily ever after" halfway through the story?

We could call the tension in the Black Panther script which Lebron highlights as an example of a metaphorical argument between identity and respectability politics in our community improperly resolved, but we would be showing a profound lack of understanding of the most basic architectural principles of the art of storytelling if we did.  The movie Lebron seems to have wanted would not have made it past the studio’s script doctors, (in this case) with good reason.

Earl Wellington Hazell, Jr., native New Yorker, is a bass-baritone opera singer and jazz composer/arranger who, when not working with companies nationally and internationally, is the Executive Director of the production company Jazzoperetry [Jaz-OP-ruh-tree], Inc.  He lives with his wife, Dr. Alexis Davis Hazell in Tempe, AZ

Posted by Dadpreneur Productions at 12:07 AM

Email ThisBlogThis!Share to TwitterShare to FacebookShare to Pinterest
Labels: Part 3 Appreciating Black Panther Beyond the 12 Myths of Black Liberation