Nationwide -- The conviction against Oswald Jay Lewis is a travesty of justice that turns a blind eye to the glaring misconduct in the case. A legal review of the case seems to show a host of errors in the trial courts' proceedings, including clearly evident constitutional violations.

Under cumulative-error analysis collective error will mandate a reversal of conviction just as surely as will individual error that cannot be considered harmless.

A number of attorneys have submitted affidavit's in support of Mr. Lewis, including renowned forensic specialist/educator Dr. Peter Deforest.

Dr. Deforest is one of the country's most knowledgeable forensic professors in the field of forensic science. Dr Deforest is a license firearm dealer, license gunsmith, with federal and state gun license. 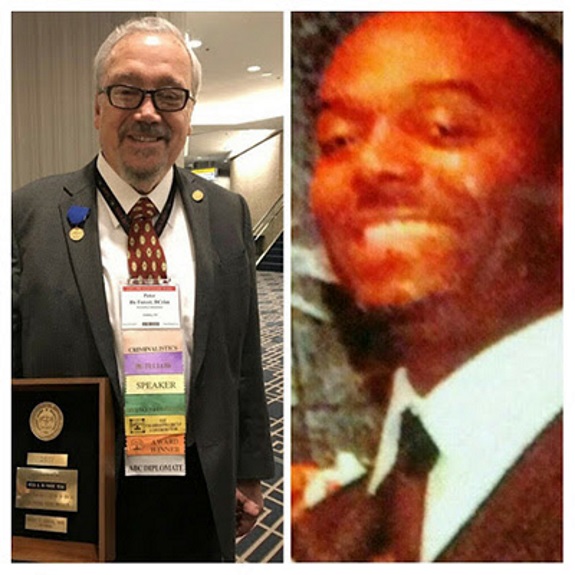 See the Video That Raises Queens About Oswald Lewis

Excerpt from the Affidavit by Professor Deforest, appeal case #16-3694:

1. In the case of United States v. Oswald Lewis was retained by Mr. Lewis' attorney David Stern, and paid under the Criminal Justice Act, to conduct a forensics investigation of the scene of the conduct at issue in the case at 144-47 175th Street, Queens, N.Y., based on documents provided to me by the Attorney.

2. I conducted such an investigation and concluded, based on the available evidence, that the documented shots were all fired from the reported location of law enforcement officers to the direction of the bedroom then occupied by Oswald Lewis, and that there was no physical evidence of shots fired by Mr. Lewis from the bedroom in the reported direction of the officers inside the house.

Peter Deforest has lectured in countless seminars for universities and law enforcement officials in and outside of the United States.

Peter Deforest has also written a number of books on the subject of forensic science.

Several other affidavits have been submitted in Lewis' favor, even an NYPD who spoke on Lewis' behalf is ready to speak out on his unlawful conviction and police coverup.

In another affidavit filed with the US District Court, Attorney David Stern stated: "It is my opinion that had Professor DeForest been called and testified at trial, it would have made it likely that Mr. Lewis would have been acquitted of the Assault charges related to the United States Marshals, and the impeachment of those Marshals may have created reasonable doubt, as to all the charges in the case."

Lewis also has a pending civil suit against the law enforcement officials who fabricated evidence and brutalized him on the day of his arrest (Case #2016 1:16 1057 (KAM JO)).

Complete details regarding the circumstances of Mr. Lewis' arrest, assault and wrongful incarceration are available at www.oswaldlewis.com

Posted by Dadpreneur Productions at 11:17 PM