Museums and the Marathon Man

-------
Nationwide The Washington Post article by Christopher Ingraham (June 13th, 2014) says it all: "There are more museums in the U.S. than there are Starbucks and McDonalds – combined." Quite accurately we think of museums as important cultural and educational institutions; however, they are also quiet superstars of the entertainment industry. 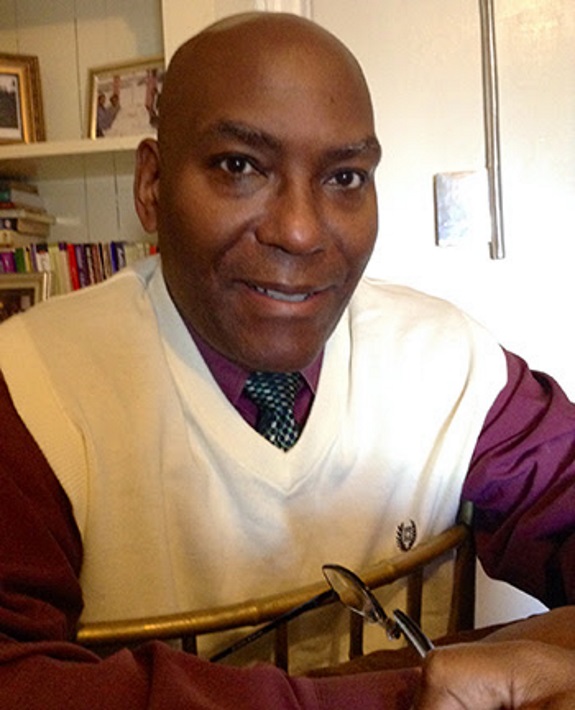 According to The American Alliance of Museums (AAM), with over 800 million live visits annually, their attendance exceeds that of all theme parks and major sporting events combined. But America’s museums are much more than popular and numerous; they are cultural and educational gems that play a vital role.

They are community elders that tell the stories of our American neighborhoods. Mamie Bittner with The Institute of Museum and Library Studies (IMLS) stated in the Washington Post article:

Many of these institutions, particularly in small towns and rural areas, are historical societies and history museums. "We are in love with our history - at a very grassroots level we care for the histories of our towns, villages and counties,"

Many of these institutions, particularly in small towns and rural areas, are historical societies and history museums. "We are in love with our history - at a very grassroots level we care for the histories of our towns, villages and counties,"

The story of how I came to visit and admire so many small museums begins nearly eight years ago when I faced a scary scenario.

Diagnosed with prostate cancer my doctor's instructions were clear and blunt. "We caught this thing very early; lose some weight but by year's end take care of this." Taking care of this meant either an operation or radiation. He was confident that either procedure would be sufficient; nevertheless, I was scared as hell.

When you hear that diagnosis, "you have cance", a thousand things race through your mind all at once, yet somehow the whole world stops at the same time.

It was June 2010. I was 54 years old, a professor, husband and father. Earlier that year my wife had been hospitalized for 34 days.

Should I tell my wife? Would this aggravate her condition? She was already worried about being unemployed. Do I tell her? Our three sons were all in high school and doing reasonably well; the oldest would start college in the fall.

Out of worry would my oldest boy forgo his athletic scholarship to stay home with his ailing parents? Even if he did go to college, if he knew I was battling cancer how would this affect him academically? Who should I tell? Do I tell my boys? Do I tell everyone? Do I tell no one?

I once heard somewhere that "we grow up and become our parents." How true that is. Although it didn’t occur to me at the time, I'd seen this situation play out before in 1969; I was 12. One day my dad asked me to come with him to his doctor.

This was strange; he had never asked me to go to a doctor with him before. We went to St. Nicholas Park, Mount Morris Park, Central Park, baseball games, museums and grocery stores. On Sundays, we walked to newsstands to buy the New York Times and Daily News.

Afterwards we’d come back home and eat big southern style Sunday breakfasts - smothered chicken, smothered pork chops, grits, gravy and biscuits, never rolls - always biscuits. We did a lot, but he had never asked me to go to a doctor with him. I should have known that something was up, but I didn’t.

The doctor’s appointment took place on an early evening. The office was located on the first floor of an apartment building and it was dark outside.

I sat in the waiting area while my dad met privately with the doctor. That day his doctor told him he had six months to live. My dad a tall, quiet, dignified WWII vet said nothing. We went home and he acted as if nothing had happened. He kept it all to himself.

Yet twenty‐one years later, and long after his doctor had died, my dad was still alive. He told no one this frightening secret for all of those years. Finally, in 1990 he spoke with me about what had happened on that day way back in 1969. When I asked him why he hadn’t said anything he had a classic answer, “Hell, I wasn’t gonna die to just to make the doctor look good.” To this day I still don't know if he ever told anyone else.

In 2010, 41 years after my dad was told he had six months to live and said nothing to the family, I became my dad - absent the courage and dignity of the WWII vet. Initially I told no one. I did however listen to my doctor’s advice and began power-walking aggressively to lose the weight. I weighed 308 pounds. This was the beginning of a journey. Little did I know it would transform my health, my body and to a great degree my soul.

I elected for a robotic prostatectomy as treatment. Recognizing that I would be hospitalized for several days I was forced to say something to my wife.

Every married man knows that disappearing for several days without telling your wife is a guaranteed death sentence; cancer is only potentially lethal. We sat down on the living room sofa on a Sunday around 7pm. It was the evening before I’d be admitted to the hospital.

This scenario gave her very little time to dwell on the matter; I had to be at the hospital early the next day. As I had feared, she broke down and began to cry and as soon I uttered the word cancer. We agreed not to tell our sons; we both thought it might cause them to worry.

Fortunately the operation was a success. Neither chemotherapy nor radiation was required. Several months later I resumed my power-walking.

Over time a routine evolved. I prefer walking outdoors in parks (no matter the temperature) to treadmills and tracks, mornings are better than evenings, warmups last 5 - 7 minutes, weekday walks last 45 - 50 minutes, weekend sessions last a minimum of 90 minutes and finally, almost all sessions end with 7- 8 minutes of stretching.

My partner also gets along fabulously with an ancient Sony Walkman. Who knows, perhaps this partner is my subconscious whispering to remind me of long lost youth.

While I do not claim to be a very religious person, being outdoors in parks (which are after all tiny forests) sweating, breathing and among the general splendor of God’s nature is often a spiritual event.

The cancer has now been gone for nearly eight years. Over that time 70 pounds have melted away and my diabetes seems to have disappeared, or at the very least be well controlled.

Along the way I began to enter races; I power-walk but compete against runners. Half marathons (13.1 miles) and 10Ks (6.2 miles) are my favorites. Being somewhat vain, before entering my first race I checked the times of the runners to make sure I would not finish last.

At first I entered local races. Later a colleague, who is a runner, told me about the Philadelphia “Love Marathon” which I competed in. This lead me to research races in other locations. Now, I travel to participate I races.

However, journeying to different cities only to participate in a single race seemed hardly to be an efficient use of time and travel.

I needed another activity to compliment the racing. This is how I developed an interest in small museums.

The American Alliance of Museums (AAM) provided a great deal of information for our program. Later, as I began to look for museums in the cities and towns I would be racing in, AAM and several other museum related organizations such as The Institute of Museum and Library Service (IMLS) and Museums of the World (MOW) have become valuable resources.

One fact that immediately became clear is that America is the undisputed museum capitol of the world. According to MOW there were an estimated 55,000 museums located in 202 countries in 2014.

IMLS, (a U.S. agency) states there are 35,144 active museums in the United States alone. Assuming these data are accurate, over 63% of the world’s museums are located in America. The IMLS 2012-16 Strategic Plan points out, "There are more than 4.5 billion objects held in public trust by museums, libraries, archives and other institutions in the U.S."

My articles will attempt to capture some of the fascinating stories, color, history, myths and life that are the marrow of America's small museums. I hope you will join me. Coming soon wax, warships and a poet named Wadsworth.

Bentley Whitfield is a professor of Comparative Literature with the State University of New York (SUNY). He is a recipient of the prestigious Excellence in Teaching Award. He can be contacted at bwcwww@yahoo.com or 516-909-1874.

Posted by Dadpreneur Productions at 9:48 PM

Email ThisBlogThis!Share to TwitterShare to FacebookShare to Pinterest
Labels: MUSEUMS AND THE MARATHON MAN: DO BLACK MUSEUMS GET THE RECOGNITION THEY DESERVE?