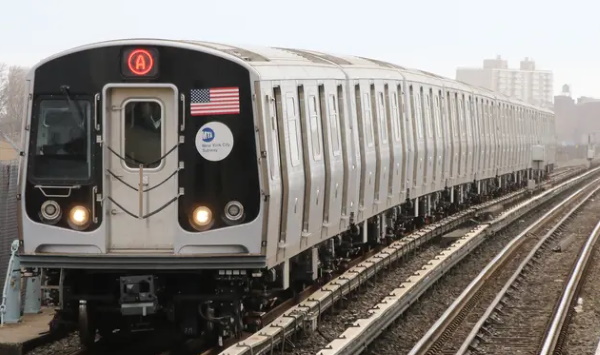 Albany, NY—The New York State Senate and Assembly Tuesday advanced legislation that would enact the Metropolitan Transportation Authority Open Data Act. The bills, S4625A by State Senator Leroy Comrie and A1442B by Assembly Member Robert Carroll, which passed both houses of the legislature unanimously, would direct the MTA to release all of its public data, including information regarding its budget, finances, ridership, routes, and service, in open data formats on the state’s open data portal, http://data.ny.gov, and on its own website.

“Streamlined access to critical data on subway, bus, and commuter rail performance will go a long way in restoring the public’s trust and confidence in the MTA,” said Senator Leroy Comrie. “Our legislation is an important step in the direction of enhanced accountability and transparency, so I thank Assembly Member Carroll for championing this issue in the Assembly as well as the many advocacy organizations that helped us advance the MTA Open Data Act.”

“Anyone who rides the bus or subway regularly is well aware of the issues facing the MTA and its ability to run our buses and subways effectively,” said Assemblymember Robert Carroll. “With limited publicly available and accessible data, it is difficult for the largest transportation system in the United States to maintain credibility in the eyes of the people it serves. Requiring increased transparency will raise faith in the MTA and ensure that it is more responsive to the needs of New Yorkers.”

Article On MTA Open Data Act Continues After Sponsor's Messages Below...
Please Support Our Ad Sponsors Who Make This Community News Blog Possible. And Don't Forget To Tell Them You Saw Their Ad in The Scoop!

To become informed on how to take advantage of 2 of the hottest emerging fields of eco-friendly real estate click here for more info or visit Shipping Living
Checkout This Essential Quarantine Reading
Get RICH While Black...
Without Being An Athlete, Entertainer, or Drug Dealer

Black wealth is only 10% of white wealth now. Do you know Black wealth is projected to have a median income of zero by 2053?
How can we survive a global economic crisis driven by the Coronavirus with little wealth to fall back on? Get the scoop on how highly successful entrepreneur Chuck Starks, who built one of the fastest growing US businesses, looks to show us how to survive economic downturns in his new book: "Get Rich While Black... Without Being An Athlete, Entertainer or Drug Dealer".
Checkout My Exclusive Interview with Author Chuck Starks Click Here
Article On MTA Open Data Act Continues Below...

If enacted, the legislation would codify a 2013 executive order by Governor Andrew Cuomo, which mandated that the authority publish its data in formats that can be easily accessed and downloaded by the public. Since then, the MTA has only published 76 datasets on the state’s open data portal. In contrast, the NYS Department of Health currently has 550 datasets on the portal.

While the MTA has made strides in releasing real-time service data to third parties like Google, open data related to contracts and finances has lagged and financial information is largely provided in inaccessible PDFs. Advocates believe that this legislation would improve accountability by giving the legislature a greater ability to do oversight.

“We thank Senator Comrie and Assemblymember Carroll for championing the MTA Open Data Act in the Legislature, and for ensuring it crossed the finish line by passing in both houses this session. We call on Governor Cuomo to sign the bill, which will codify requirements from his own open data executive order, allowing the Legislature and public to better hold the MTA accountable and ensure it lives up to the spirit and letter of the new open data law,” said Rachael Fauss, Senior Research Analyst for Reinvent Albany.

"Public accountability builds public trust, and public trust is what builds back ridership at the MTA. We applaud Senator Comrie, Assemblymember Carroll, and both houses of the legislature for recognizing the crucial role access to open data plays in the well-being of New York City's transit system, and we call on Governor Cuomo to sign this crucial piece of legislation into law," said Jaqi Cohen, Campaign Director for the NYPIRG Straphangers Campaign.

“The future of our transit infrastructure rests on public trust in our institutions and democracy itself. More than ever, as New York recovers both from the horrors of the pandemic and the Orwellian cast of the Trump era, subway, bus, and paratransit riders need our public officials to be transparent and accountable. We are profoundly grateful to Senator Comrie, Assemblymember Carroll and their leaders and colleagues for demanding open MTA data at this pivotal moment. We strongly urge Governor Cuomo to choose sunlight over darkness and optimism over cynicism and sign this important bill into law,” said Danny Pearlstein, Policy & Communications Director for the Riders Alliance.

“Advocates and riders worked tirelessly last year to secure $16 billion in emergency funding assistance to keep the MTA from entering a death spiral following the decimation of farebox revenues due to the pandemic. This legislation will go a long way to reassuring the public that those funds are being spent in the ways for which they were intended: to maintain transit service and frequency for the people who need it most--essential workers and transit-dependent riders, especially those in communities of color and workers who can’t work from home,” said Felicia Park-Rogers, Director of Regional Infrastructure Projects for Tri-State Transportation Campaign.

“At a time when trust in government is at a low point, transparency in government is more important than ever. And it’s especially important for an entity with a budget the size of the MTA’s, and one that millions of New Yorkers interact with every single day. We’re grateful to Senator Comrie, Assemblymember Carroll and their colleagues in the legislature for advancing this necessary bill, and we urge Governor Cuomo to sign it without delay,” said Eric McClure, Executive Director of StreetsPAC.

“Shining a bright light on how the MTA operates will better help riders -- and all stakeholders, including elected officials -- have a better idea of the agency’s challenges and achievements, as well as how their money is being spent. Transparency is the best way to engender trust, which in turn will help bring back ridership and rebuild our region and economy. Many thanks to Senator Comrie and Assemblymember Carroll and their legislative colleagues for passing this important bill; we hope the Governor signs it as soon as it hits his desk,” said Lisa Daglian, Executive Director of the Permanent Citizens Advisory Committee to the MTA (PCAC).

“RPA fully supports the MTA Open Data Act, which we urge Governor Cuomo to sign into law,” said Tom Wright, President and CEO, Regional Plan Association. “As we continue to recover from the pandemic and MTA ridership numbers continue to rise, there are several opportunities to regain public trust – yet limited windows to take advantage of them. The MTA Open Data Act is an opportunity that should be leveraged as it will ensure the riding public is deliberately engaged in a transparent fashion with important information about ridership, services and routes. We thank Senator Comrie and Assemblymember Carroll for leading this crucial effort.”

Posted by Dadpreneur Productions at 1:19 AM