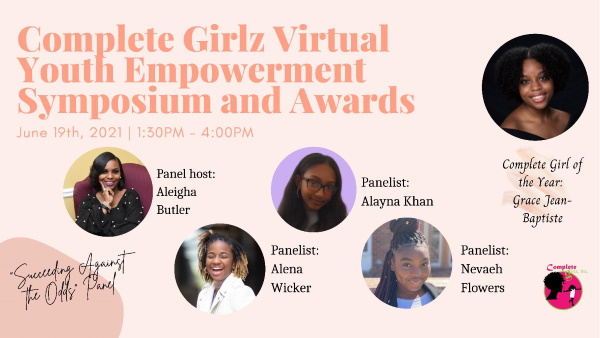 Complete Girlz Inc., a mentoring, support, and empowerment group for girls and young women is honoring outstanding young girls and ladies while gearing up for its virtual award symposium.  On June 19th they will stream their live "Complete Girlz Virtual Youth Empowerment Symposium and Awards," hosted by highly regarded Aleigha Butler.
The organization teaches young women to speak, create financial viability and wealth, run businesses, and helps build their self esteem among other wellness skills for teenage young women and girls.  Complete Girlz was started and lead by Founder Earlene A. Lezama-Taylor, a visionary in helping girls and young women in Southeast and Jamaica Queens.
Earlene has an extensive background in business, academics, and also community/church advocacy for girls and young women.  The Board and staff of Complete Girlz boasts a distinguished mix of business professionals.  This years theme "Succeeding Against The Odds," is a very provocative one and promises to feature an inspiring and empowering panel!
Article On The Complete Girlz Virtual Youth Empowerment Symposium And Awards Continues After Sponsor's Messages Below...
Please Support Our Ad Sponsors Who Make This Community News Blog Possible. And Don't Forget To Tell Them You Saw Their Ad in The Scoop!

Black wealth is only 10% of white wealth now. Do you know Black wealth is projected to have a median income of zero by 2053?
How can we survive a global economic crisis driven by the Coronavirus with little wealth to fall back on? Get the scoop on how highly successful entrepreneur Chuck Starks, who built one of the fastest growing US businesses, looks to show us how to survive economic downturns in his new book: "Get Rich While Black... Without Being An Athlete, Entertainer or Drug Dealer".
Checkout My Exclusive Interview with Author Chuck Starks Click Here
Video & Article On Complete Girlz Virtual Youth Empowerment Symposium And Awards  Continues Below... 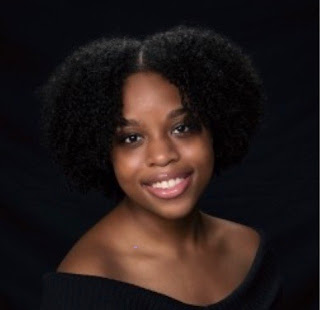 Grace Jean-Baptiste, describes herself as someone who can lead, contribute new ideas, and bring creativity to any given project. Grace has been able to use all of these skills as secretary for her school’s African American Student Organization (AASO), as a member of Gospel Crusade Church, and as a volunteer step Coach for Complete Girlz Inc. Throughout my high school career I also maintained a 3.8 GPA and received numerous awards for academics as well as performing arts.
In that her senior year is quickly coming to an end, she now has the privilege of saying that she will be attending the first-degree granting HBCU -- Lincoln University, this upcoming fall. Ever since she was young, not only did she want to be her own boss and make her own decisions. Grace conveys "I wanted to be in a position to make a difference in people's lives that look like me. This will forever be my dream."
So, she now aspires to receive a bachelor’s degree in Business Management so that she can create her very own black owned business. She feels "this will not only allow me to take my many talents to the next level and take control of my economic future, but it will allow me to be the change that is needed in minority communities."
Host: Aleigha A. Butler 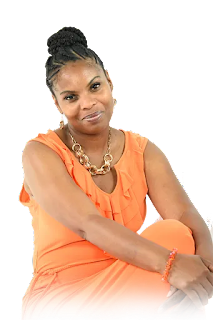 Aleigha A. Butler, a Georgia Peach by way of South Carolina, has a passion and purpose to inspire, to motivate, to educate and to push people into their destiny.  Aleigha is a mother, entrepreneur, philanthropist, motivator, radio show host, consultant, empowerment coach and an author with 4 published books and still writing.

About 5 years ago, Aleigha decided she was going to live a life of purpose and since then she has been inspiring people across the nation.  Because she inspires everyone that she comes in contact with, Aleigha is most recognized by the name, “Ms. On Fire To Inspire”. She also calls herself a "Purpose Midwife" by saying “I don’t birth babies, I birth purpose.”

Aleigha educates children through her bilingual learning tool, "A Learning Book Just For Me," which is a brightly colored book that teaches fundamental English & Spanish.  She also wrote and published, On Fire To Inspire, a divinely inspired book of inspiration and motivation that helps people "move from existing to living."

Aleigha has had the honor of being a part of the Media Group at the 2015-2018 Dove Awards in Nashville, TN.  Her goal is to help others see the greatness that is on the inside of themselves and live out their dreams.  "My desire is to inspire you to be the best version of yourself!," exclaims Butler.​

On Fire To Inspire radio show airs on Tuesdays at 8pm EST. You may tune by calling  929-477-2178 or going to the website, www.blogtalkradio.com/onfiretoinspire. 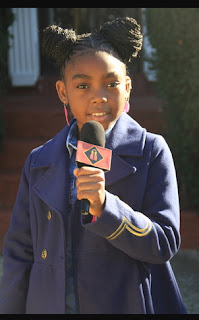 Neveah Flowers is a charismatic quick-witted 12 year-old born and raised in Queens, New York. She has been singing since the age of 3. She loves memorizing songs such as “Rihanna” Take Care and “Le’Andria Johnson” Better Days.
Growing up she loved watching many comedy sitcoms such as “Martin” and “The Fresh Prince of Bel-Air”. She would often memorize the funniest parts and recite them in front of her family and friends.
As she got older, she gained an interest in her school with performing arts classes where she decided to pursue her goals in modeling, acting, and dancing.  Nevaeh Flowers has an outspoken voice and personality with a beautiful golden smile.
On her free time she love’s reading, singing and dancing in front of a camera. She’s great at taking direction and is very photogenic while working with others.
She has a clothing line that is established called Nolana Gardens. It may also be found on Walmart.com as well as her clothing website www.nolanagardens.com.
Nevaeh has an EP that’s on all platforms with her brother called Kid Zone. She also has a golden heart. She gives back to the community as well as thanksgiving and Christmas she attends churches and / or shelters to help kids and adults in need. She has a golden spirit and her being so young you would think she was here before.
Panelist Alayna Khan 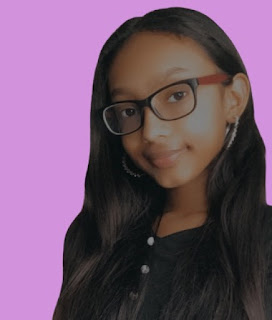 Alayna Khan has been a Community volunteer since 2013. She is a 12-year old who helps at the Baisley Pond Park Block Association.  She has been a Junior member since 2014 and plays a vital role in organizing annual park cleanups at Baisley Pond Park.
She does this during the summer months.  Khan is also an Integral organizer in the annual daffodil planting event at Baisley Pond Park.  Alayna is in the 7th grade and attends The Scholar's Academy.
Her other accomplishments are:
Panelist: Alena Wicker 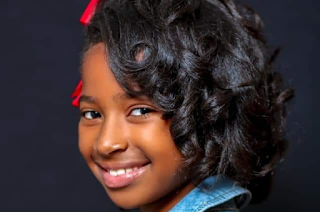 Since 4-years old Alena Wicker has wanted to work for NASA.  She is a STEM (Science, Technology, Engineering, Math) prodigy.  The math and science whiz is on her way to college at only 12-years old!
Alena will be enrolling in a dual degree program at Arizona State University. She will be working on a double major in astronomical and planetary science and chemistry. After graduation, Alena looks to become an engineer for NASA.
Moreover Alena, has already graduated high school and been accepted into a college program at Arizona State University.  She has already been featured in Black Enterprise magazine.
Alena revealed in Black Enterprise magazine, “I always dreamed of being an engineer because, throughout my life, I liked the building.”  “I’m kind of a nerd for the NASA-sized Legos.”
Young Wicker envisions herself driving space rovers one day.  Her mom Ms. Daphne McQuarter, saw she had great math ability at 4-years old and encouraged her to exercise her gift. Ms. McQuarter also revealed in Black Enterprise “At four years old she said I’m going to work at NASA."
The parents and community should be extremely proud and also support the excellence of this year's Complete Girlz Honoree, Panelists, and other participants.  To support these brilliant young girls and ladies attend the Symposium go to: Complete Girlz Inc.

Posted by Dadpreneur Productions at 11:26 PM

Email ThisBlogThis!Share to TwitterShare to FacebookShare to Pinterest
Labels: Earlene A. Lezama Taylor, On The Complete Girlz Virtual Youth Empowerment Symposium And Awards