Promote Your Press Release With Our Social Media Blast

See How Social Media Can Profitably Promote Your Business To Over 828,872 Prospective Black Customers 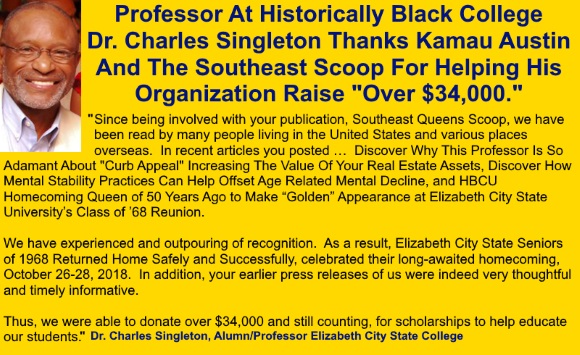 The Southeast Queens Scoop is an award winning news blog which uses a powerful mix of informed search engine and social media promotion which has helped Publisher Kamau Austin, generate over $72 million dollars for his clients online.  Scoop publications has been visited and driven over 1.7 million views to its digital platforms and his clients.

Today 69% of adults and over 86% of young people 18 to 29 are social media users according to the highly regarded Pew Research Center.  These stats show the importance of having a presence on social media to be seen, give customer service, and be financially viable today.

Also many news stories on older forms of traditional media like TV, cable, newspapers and magazines is driven by social media.  In fact, many controversial stories about Blacks, buried in the past by older forms of media, are now revealed by user driven social media platforms empowered by smart phone video.

Social media can be more effective for entrepreneurs and other persons looking to share their message with the world.  Your marketing message on social media has the ability to spread from person to person quickly like a virus - using Internet communications in a good way.  People share your story or business message with others using the "Share" and "Like" buttons or functions on the algorithms of these dynamic platforms.

This is called viral marketing and is the most empowered on social media platforms because word can spread from one person to another so fast tens of thousands, hundreds of thousands, or even millions of people can see your article, post, story or video within hours! 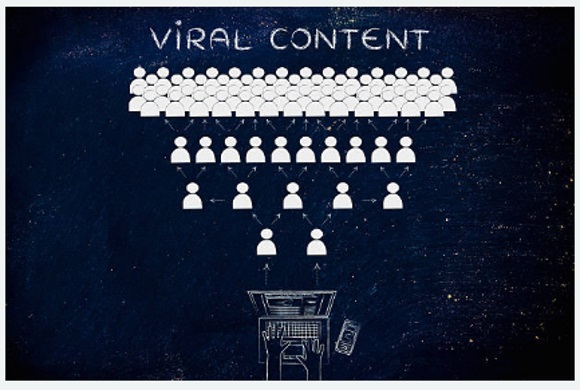 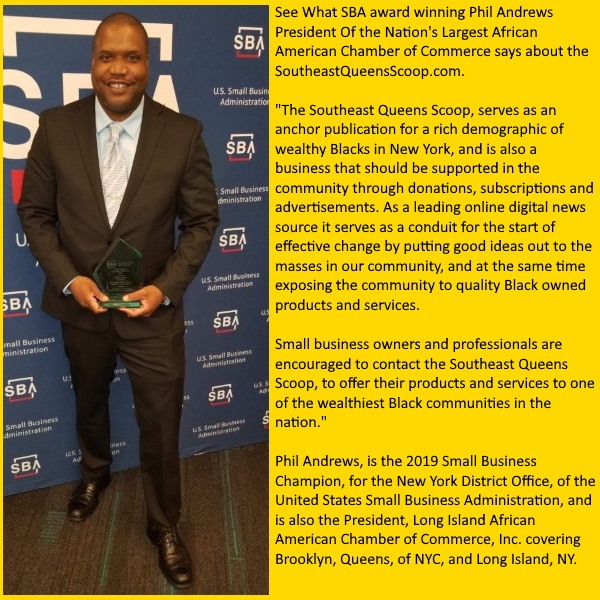 The Southeast Queens Scoop is an award winning flagship news blog of AMS Digital Media. It is Co-Published by Kamau and his daughter nZinga Austin.

It has been awarded community service awards On Martin Luther King's Holiday by area artists and Queens Center Of The Arts.  It also has won awards from area politicians.

nZinga Austin has also won numerous awards for her community service publishing the Southeast Queens Scoop and defying the odds overcoming autism from Complete Girlz, and several citations from area politicians like:

Here are some examples below... 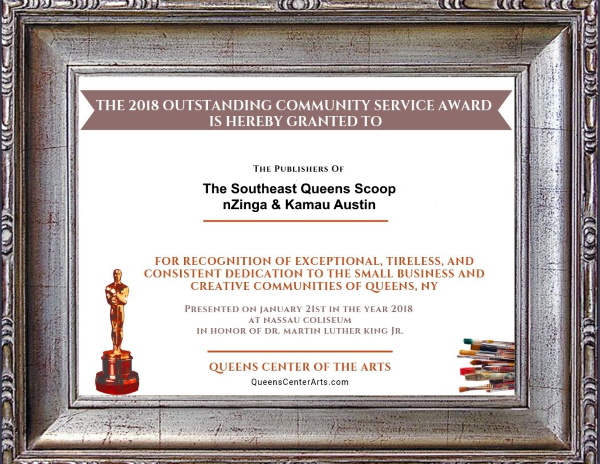 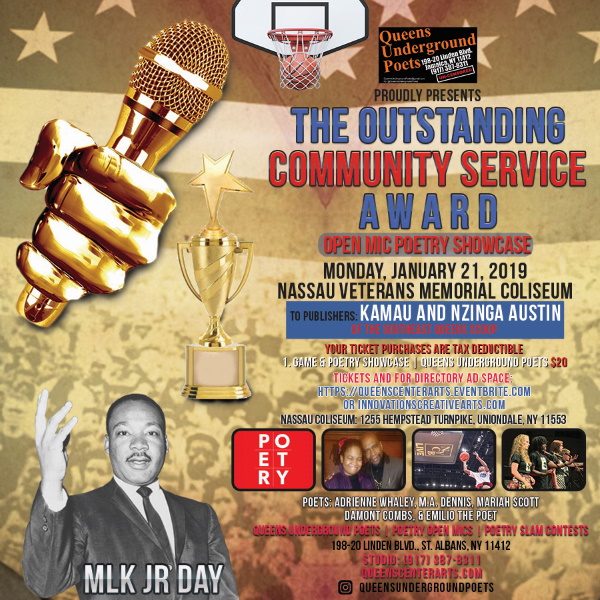 1. Posting on social media can result In sales right away

2. Get immediate low cost promotion for your business or organization

3. Build brand awareness for your business

4. Get the attention of large groups of targeted prospective customers

5. Develop deeper relationships with your customers and clients

6. Improve your listings with search engines like Google and Bing

Social Media Marketing Has Been Extremely Expensive Until Now...

This is true although they may be paying millions of dollars in a comprehensive total ad budget.  The cost per thousand or CPM actually breaks down to be much less for a major brand advertiser than most social media advertisers will pay to reach a thousand people. 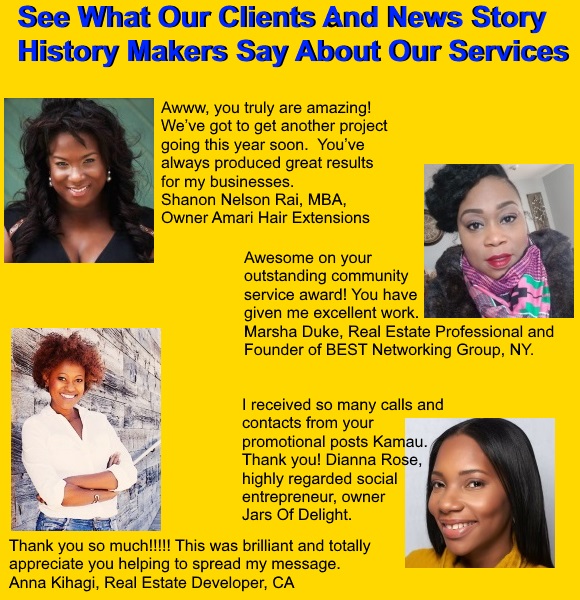 Now with the Southeast Queens Scoop's social media promotion service your promotion can reach thousands and even tens of thousands of customers for only $127.  We use an expanded version of the same social media distribution services achieving amazing results for our news blog.  Check out our Social Media Blast List Click Here.  We have a track record of success... 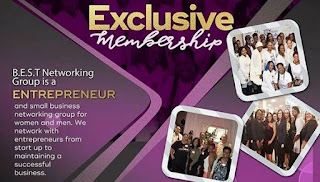 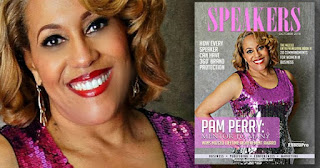 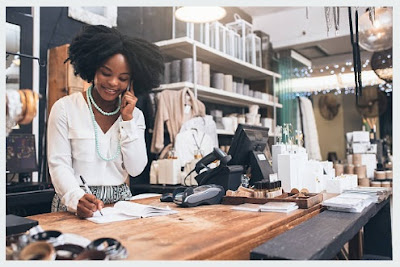 Take Advantage Of Our Limited Time Special Offer
Promote To Over 828,872 Social Media Members for Only $127
The Southeast Queens Scoop, wants to help you get your business message out to over 828,872 Black members throughout social media like we do our news blog.  We will blast your promotional message out in popular national social media channels.  Your promotional message will be seen both in our local social media promotions and nationally with expanded distribution coverage.  See Our Social Media Blast List

What We Do - The Southeast Queens Scoop guarantees to distribute your marketing message or press release to social media groups collectively with over 828,872 members (actually considerably larger).  We can't guarantee they all will want to respond to your media release.  But we can guarantee they are posted to Black interest centers on Facebook, LinkedIn, Twitter, Instagram, Blaggenuf, Pinterest, and other important social media sites. We need a 3 business day turn-around to post your article.


What other service gives you the chance to be seen by tens of thousands or hundreds of thousands of prospective Black customers for only $77 (usually $157)?  Facebook Ads alone would cost you at least hundreds of dollars for the same distribution.

Why don't you take advantage of this special offer now?  Let's get started processing your order now below...