The Truth About America's Racist Presidents

-------
THE TRUTH ABOUT AMERICA'S RACIST PRESIDENTS 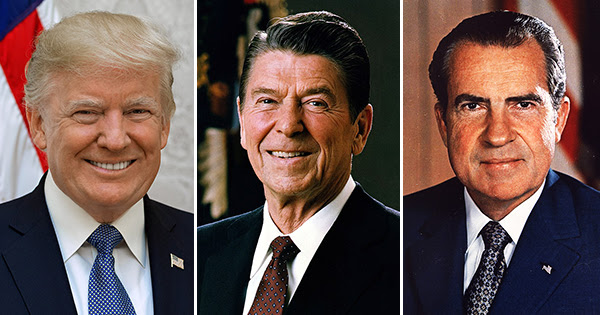 Nationwide --  "From the beginning the American presidency has been stained by racial prejudice, often a reflection of broader sentiment among white citizens. Such views have persisted well into modern times."

So wrote Sarah Mervosh and Niraj Chokshi in the New York Times on August 1st, 2019. What triggered the article was a newly released audio recording which revealed that, in 1971, then Governor Ronald Reagan of California called African people monkeys in a telephone conversation with President Richard Nixon.

To laughter from Nixon, Reagan also stated that Africans are still uncomfortable wearing shoes.  Revelation of this audio recording comes on the heels of President Donald Trump demanding that four Democratic Congresswomen of color go back to their home countries, echoing sentiments that racist whites have often hurled at African-Americans.

Furthermore, just over a week ago the president attacked a predominantly Black Baltimore-based congressional district as a "disgusting, rat and rodent infested mess", where "no human being would want to live." In the past, the president has also questioned the intelligence of prominent African Americans.

Article On The Truth About America's Racist Presidents Continues After Sponsor's Message Below...

Article On The Truth About America's Racist Presidents Continues Below... 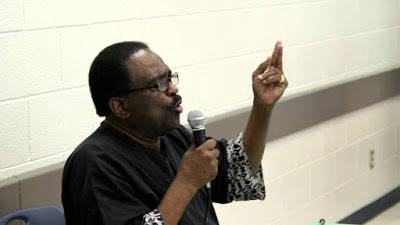 Many if not most American presidents appear to have had racist proclivities. George Washington and Thomas Jefferson owned slaves. Theodore Roosevelt dismissed "Negroes" as a "perfectly stupid race"; while Woodrow Wilson was a staunch segregationist and Dwight D. Eisenhower expressed prejudiced sentiments and told racist jokes. Even civil rights advocate Lyndon B. Johnson espoused racist views and used slurs to describe Black people.

While I have addressed White allegations of Black inferiority and incompetence before, it appears that during this dangerous time when our current president appears determined to promote blatant white supremacy, repetition is most certainly in order to briefly set the record straight.

Commenting on the perennial white obsession with Black intelligence, Dr. Frances Cress-Welsing, a distinguished African American psychiatrist and author of The Isis Papers: Keys To The Colors, wrote the following in the July, 1975 issue of Ebony magazine: "[White people] who cannot cease talking and writing in a negative manner about the genetics of Black people ... [are] victims not only of the genetic recessive deficiency state of skin albinism but also its component psychological disease state of racism (white supremacy)."

By and large we as African Americans have long chosen to ignore White claims of our inferiority, and striven as a group to prove ourselves equal to all other people. But this noble approach has not resulted in a cessation of White supremacist propaganda emanating from either the White masses or the White House. At this juncture, then, we must address these insults head-on whenever and wherever they appear; lest we lose another generation of Black youths to the forces of racism that have instilled in too many of them a sense of hopelessness and inferiority.

Second, when African Americans experience educational parity with whites, Black performance on standardized I.Q. tests such as SAT, ACT, GRE, etc. is virtually equivalent to their white counterparts. Furthermore, since scientists have determined that Black people are the genetically dominant parents of the human family, and Whites insist that one drop of Black blood determines that one is Black, how, then, does genetic dominance equate to genetic inferiority?

Third, several studies of Black newborns in Africa and the United States show that, prior to acculturation, Black babies are the most advanced in the world. Commenting on the discoveries of white specialist Marcelle Geber, author Joseph C. Pearce has written: "She found [in Uganda] the most precocious, brilliant and advanced infants and children ever observed anywhere ... Sensor motor learning and general development were phenomenal. Indeed miraculous. These Ugandan infants were months ahead of American or European children. A superior intellectual development held for the first four years of life." (emphasis added). The racial comparisons, published by Geber and other scientists, are truly staggering.

Fourth, when Donald Trump orders Black people to return home, what does he mean? In his book, The First Americans Were Africans: Documented Evidence, David Imhotep demonstrates that American Indians are actually descended from Black Africans who reached the Americas at least 50,000 years ago -- long before Columbus, slavery and the Trump family!

Finally, authors Robert Bauval and Thomas Brophy have written that "scientists in the field of genetics have been pointing out that it may actually be correct to say that the world was created by Black people." This is borne out by the fact that Blacks appear to have laid the foundation of civilization. In other words, Africans pioneered in the fields of architecture, art, athletics, government, law, mathematics, medicine, navigation, religion, science, writing, etc.

Furthermore, these Black people invented and wore shoes long before Reagan's ancestors emerged from caves! The astonishing achievements of ancient Africans included not only building of the pyramids of Egypt, but also constructing neighboring temples, some of which contain blocks of stone weighing between 200 and 400 tons each, that were arranged and set up with remarkable precision.

Black dominance in antiquity has led White author Flora Lugard to write that, during that era," ... [T]he leading race of the Western World was a Black race." Historian Richard Poe has also observed that, among ancient people, there was the "presumption that dark skin connoted higher intelligence."

The racism emanating from the White House and spreading across the country today is nothing new. Many presidents in the past questioned Black intelligence, used racial slurs, incited racist violence and scoffed at Black demands for equality.

Nevertheless, we have a long history of resistance to White supremacy and racism. In honor of our ancestors, and for the future of our children, we must continue our struggle, especially against Donald Trump whose hateful message -- embraced by a naive and gullible base -- threatens to incite a race war.

Legrand H. Clegg II is the city attorney emeritus for Compton, California, president of the Western Region of the Association for the Study of Classical African Civilizations and producer of the documentary, "When Black Men Ruled The World". He can be contacted at legrandclegg44@gmail.com or at (562)624-2857. Also, follow him on Instagram @legrandclegg

Posted by Dadpreneur Productions at 1:34 PM

Email ThisBlogThis!Share to TwitterShare to FacebookShare to Pinterest
Labels: The Truth About America's Racist Presidents