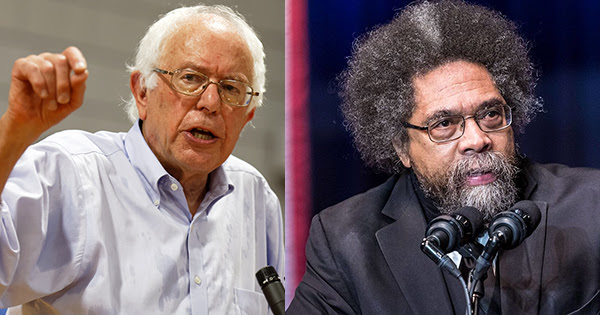 Nationwide --  Have you ever been caught in the middle of "sumptin" where it seemed as if there was no way out? Like table tennis, you are "pinged and ponged" between two opposing forces: red and blue states. Incessantly, you are slammed into the net because neither side is willing to reconcile the dichotomy of America's ongoing white tribal war: benign neglect by Democrat liberals and recalcitrance by Republican conservatives.

Malcolm X referred to this as the fox or the wolf for black people. This is the nature of reparations where white people are either asking black people to be patient like the Biblical Job or resign ourselves to the waiting room, get in line, take a ticket and listen out for their number (untold millions of Africans who died, as well as, those who were enslaved during the Christian/Atlantic enslavement trade) - which to this day has never been called. No reconciliation; no atonement; and no healing.


This constant request from white people (some blacks as well) to be patient and wait are the critical reasons why Martin Luther King, Jr. wrote the book Why We Can't Wait. King laid out several reasons to make his case during the tumultuous 60's. Those same reasons are applicable today for black people: disillusionment with the way justice is served up for black people; lack of confidence in politicians and the government; decolonization of Africa (today neo-colonialism); living out the true meaning of the Emancipation Proclamation; and economic inequality.

Article On Tolson Banner's Op-Ed Why We Can't Wait On Reparations Continues After Sponsor's Message Below...

Article On Tolson Banner's Op-Ed Why We Can't Wait On Reparations,Continues Below...
Even before the news pundits pontificate and before election gurus peer into their crystal balls, Presidential hopeful Bernie Sanders with his echo chamber renowned scholar, Cornel West have already told black people to forget about having reparations as part of Sanders' platform or the Democratic platform for that matter (although we are beginning to hear a faint chorus in favor of reparations from some Democratic hopefuls). Need I remind my Democratic socialist and Christian revolutionary brothers that anytime is the right time, as Spike Lee reminded us, to "DO THE RIGHT THING!" One would think being a Jew, Sanders would find 'holocaust kinship' with the descendants of the greatest holocaust known to humanity. Immersed in the history of black people like probably no other scholar heretofore, how in Jesus, Buddha, Moses, Jehovah, Zoroaster and Muhammad's name can West ask black people to wait? King gave us reasons during the Civil Rights era. Today, it appears we are haunted by similar reasons:

WHY WE CAN'T WAIT: The pain and suffering experienced by the Jewish people during the holocaust engendered "esprit de corps" with African-Americans from the Atlantic enslavement holocaust. But that is where the similarities end. The Reparations Agreement between Israel and the Federal Republic of Germany was signed on September 10, 1952. In short, Germany was to pay Israel for the costs of "resettling so great a number of uprooted and destitute Jewish refugees after the war and to compensate individual Jews." Three quarters of a century after the holocaust ended, former U.S. Ambassador Stuart Eizenstat negotiated settlements for victims who were not covered under previous agreements. In contrast, when the Civil War ended in 1865, ideas on how to make the enslaved African-American "whole" were bandied about but never took hold. With the U.S. Presidential election between Hayes and Tilden hanging in the balance, the North conceded to the demands of the South by removing all Federal troops: unleashing another reign of white domestic terror known as Jim Crow. No reconciliation here Bernie... Cornel.

WHY WE CAN'T WAIT: President Ronald Reagan signed the Civil Liberties Act in 1988 to compensate over 100,000 people of Japanese descent who were incarcerated in internment camps during WWII. The federal government legislation extended a formal apology from the U.S. government and paid out $20,000 in compensation to each surviving victim. For black people incarceration and their continued enslavement were surreptitiously upheld by the 13th Amendment which was ratified in 1865. Michele Alexander, author of "The New Jim Crow" documents this loophole in the 13th amendment which states: "Neither slavery nor involuntary servitude, except as a punishment for crime whereof the party shall have been duly convicted, shall exist within the United States, or anyplace subject to their jurisdiction." The railroading of black people by this nation's legal system for crimes they did not commit are well documented. Add "Three Strikes Legislation" - courtesy of the Democratic Party and signed into law by "Slick Willie" aka former President Bill Clinton - and you'll witness the makings of raw material for the prison/enslavement/industrial complex. No atonement here Bernie... Cornel.

WHY WE CAN'T WAIT: After twelve years of research, Dr. DeGruy developed her theory of Post Traumatic Slave Syndrome (P.T.S.S.). DeGruy went on to publish her book of the same name which outlines and addresses the residual impacts of generations of slavery. According to DeGruy, P.T.S.S. is a theory which explains the causes of many of the adaptive survival behaviors in African-American communities throughout the United States and the Diaspora.

Some of the results from DeGruy's findings were: multigenerational trauma together with continued oppression; absence of opportunity to heal or access the benefits available in the society which leads to P.T.S.S. These maladies show up as lack of self-esteem; feelings of hopelessness/depression; and a general self-destructive outlook. Anytime America has experienced major catastrophes, as in school shootings, grief counselors are rushed to the scene to begin the healing process which hopefully would allow people to handle the trauma. For almost five centuries, no grief counselors were dispatched to help African Americans deal with the trauma and horror of their brutal enslavement. No healing here Bernie... Cornel.

To all the other naysayers who reject the idea of "work-done payments" for black people on the basis of not quite understanding how disbursements would be handled, allow me to remind them there are various models and formulas already in existence for computing and calculating reparations. For example, black people could be exempt from paying federal taxes and allowed to attend universities who benefitted from our enslavement tuition free. Georgetown University (GU) recently passed a student referendum to increase the school's tuition by $27.20 to compensate the descendants of 272 enslaved Africans who were sold to save GU and the Catholic Church. This bears scrutiny - not waiting!

Even former President Barrack Obama maintained black people were too far removed from our enslavement to seek compensation - Bernie echo those sentiments. The recent findings from the Freedmen's Bureau Project have identified a listing of enslaved Africans and their "property value" thus illuminating a direct line to their descendants. I ask, are we too far removed to see and witness the toils of our labor? No we are not! Most notably, our enslaved labor was used in the construction of the U.S. Capitol and the White House: two shining beacons of light promulgating democracy, while at the same time highlighting the hypocrisy. Above and beyond these examples, our "free" enslaved labor made America the richest nation in the world - but we are too far removed for compensation?

The weight of waiting is a burden black people can no longer endure. David Brooks, a white moderate conservative seems to agree. Brooks writing an op-ed piece for the New York Times titled "The Case For Reparations" opined, "Slavery and the continuing pattern of discrimination aren't only an attempt to steal labor; they are an attempt to cover over a person's soul, a whole people's soul." Gifted artist, musician and ancestor, Gil-Scott Heron captured this soul wrenching pain and suffering of black people in his song, "Who'll Pay Reparations On My Soul?" Bernie... Cornel I think this question is for the two of you. Barack feel free to chime in.

Tolson Banner is a writer and columnist. He can be reached on mobilifestyle1@gmail.com. Vincent Jones also contributed to this article.

Posted by Dadpreneur Productions at 4:12 PM

Email ThisBlogThis!Share to TwitterShare to FacebookShare to Pinterest
Labels: On Tolson Banner's Op-Ed Why We Can't Wait On Reparations