Are Black Women Being Targeted by This NJ Abortion Clinic? 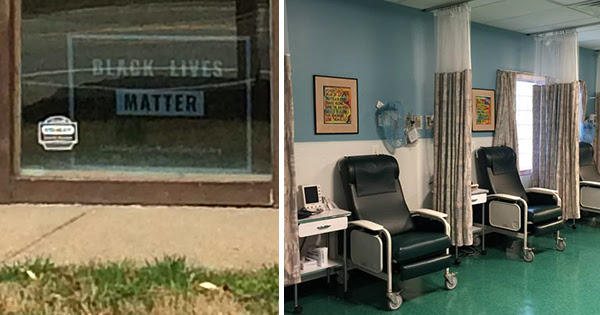 Nationwide -- The seductive tactics of evil institutions are often cynical and certainly deplorable. The psychopathic gestures or practice subliminally mocks its intended victims and brings a sadistic satisfaction to the demented individuals who perpetrate such acts.

Thus it was in NAZI Germany during The Holocaust. Unsuspecting victims of Hitler's eugenic rage were transported to concentrations camps such as Dachau. Upon arrival (to their last destination), having traveled in congested cattle cars not fit for humans, these unsuspecting victims were deliberately deceived until the last moments of their lives.

The following account was taken from the liberating USA 7th Calvary, "The internees who were brought to Camp Dachau for the sole purpose of being executed were in most cases Jews and Russians. They were brought into the compound, lined up near the gas chambers, and were screened in a similar manner as internees who came to Dachau for imprisonment. Then they were marched to a room and told to undress.


Everyone was given a towel and a piece of soap, as though they were about to take a shower. During this whole screening process, no hint was ever given that they were to be executed, for the routine was similar upon the arrival of all internees at the camp.

Then they entered the gas chamber. Over the entrance, in large black letters, was written 'Brause Bad' (showers). There were about 15 shower faucets suspended from the ceiling from which gas was then released. It took approximately 10 minutes for the execution." The Cherry Hill Women's Center, 502 Kings Highway, Cherry Hill, New Jersey, is where we find, that although the demographics are different, the ideology and psychopathology are the same! Eugenics! The deliberate targeting of an ethnic group (African Americans), for the sole purpose of radical population reduction and/or eradication of that ethnicity by scientific or draconian methods. As the predominately African Americans walk down its sidewalk from their tedious journey, they, too, are promised a false sense of security with a large sign that mockingly says - "Black Life Matters" - a glaringly oxymoronic gesture (a shower) to ingratiate its victim (obviously black) to proceed into the "abortion chamber" with the misconception that the Cherry Hill Women's Center really cares about Black Life just before they execute this very same Black Life within the womb! Some may question the linkage between Dachau, a German concentration camp that used gas chambers to execute persons and an Abortion Clinic that executes baby persons, but I see little difference.

At the end of World War II, the German chemical manufacturer, I.G. Farben, was identified as the company that supplied the gas used in the Nazi concentration camps. The gas was called Zyklon-B. After the war, I.G. Farben, in order to expunge some of its past, would change its name and become known as Hoechst AG. Today, Hoechst is a gigantic multi-national corporation with subsidiaries all over the world including the United States. Ironically, one of Hoechst's subsidiaries, Roussel Uclaf, is the French company that developed RU486. In other words, the same company that produced the gas used in the Nazi death camps also produces the abortion pill now being used in American abortion clinics, and is in the end used in the deliberate targeting of the African American community.

Consistent with its duplicity, the same evil has morphed into another shape and form which is even more devastating just via the sheer scale of numbers killed since 1973. Now bearing the seductively benign name, Planned Parenthood, it victimizes the innocent, declares their victims are not human, exploits their victims for profit, sells their body parts, performs experiments on persons made in the image of God and claims they should have the legal right to do so as a benevolent source in society.

The Third Reich had the same ideology and practiced the same despicable acts and was deemed racist! Yet the Cherry Hill Women's Center has the gall to put up the sign "Black Life Matters." If they are following the strategy of founder Margaret Sanger, they probably got the okay from a Black Preacher or "Colored Minister" as she expressed to lure the unsuspecting deluded women and men into their snare. Margaret Sanger, the most renown eugenicist of our time had the distinction of tutoring Adolph Hitler. Margaret Sanger received letters of accommodations from the Third Reich thanking her for her help in executing their eugenics program, The Final Solution, or as we know call it: The Holocaust. Still, Democrats, NAACP, Congressional Black Caucus, National Action Committee and the Rainbow Coalition all refuse to denounce this woman for her racist history along with bigoted remarks and remove her name from the public square.

But hey, you know why! They all profit from this and they have rejected principles for the hope of prosperity. It has been said, "The love of money is the root of all evil..." Abortion is evil! Now, let's see if "Black Life Matters" issues decrees of racism or denounces those who have posted their name up in an Abortion clinic. Abortion is solely responsible for over 20 million African Americans being killed. It is reported the Cherry Hill Women's Center kills 200 children a week with a "Black Life Matters" sign in their window.

Ok girls and guys, where are you?

Rev. Dr. Clenard H. Childress, Jr. is the founder of BlackGenocide.org - a movement designed to reach the Afro-American community with the truth about abortion. He can be reached via email at revchildressjr@aol.com

The author of each article published on this web site owns his or her own words.  The opinions, beliefs and viewpoints expressed by the various authors and forum participants on this web site do not necessarily reflect the opinions, beliefs and viewpoints of the Kamau Austin, his successors, affiliates or assigns, AMS Digital Media and Scoop Publications or official policies of Kamau Austin, AMS Digital Media, and Scoop Publications.

Posted by Dadpreneur Productions at 4:42 PM