One of the First Black Opera Singers Dies at 94 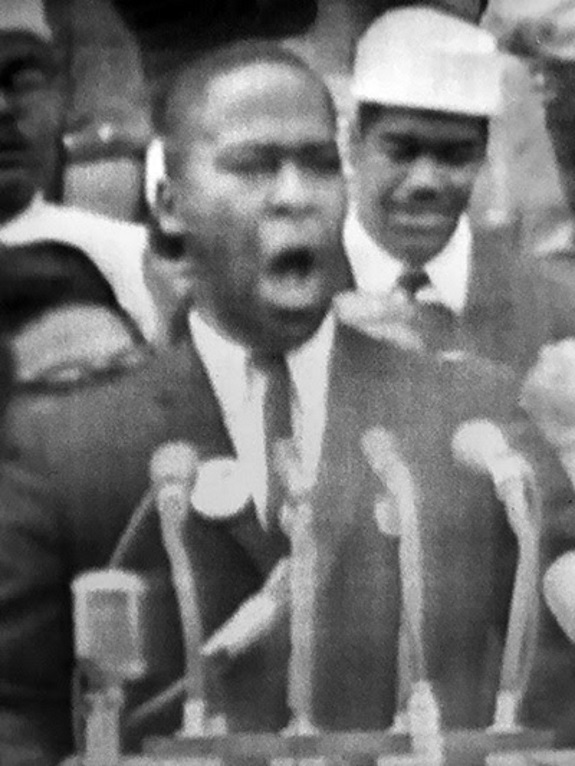 New York, NY -- Andrew Frierson, part of the first generation of Black opera singers to be heard on the national stage, died of natural causes December 6, 2018, at his home in Oberlin, Ohio. He was 94. This month, there was a private service held at Trinity Church Cemetery and Mausoleum in Manhattan. Frierson's memorial service will be held in New York City in March 2019.

An imposing figure with a commanding baritone, Frierson lived by a strict code of honor and integrity about his work and helped blaze a trail for African American classical singers as a member of the New York City Opera Company for six seasons, where he was most notably conducted by Leopold Stokowski in Monteverdi's L'Orfeo, and recorded the role of Cal in Mark Blitzstein's Regina for Sony. In the 1960's, he broke the color line on national television, singing "Old Man River" live on The Ed Sullivan Show, and later co-founded the Independent Black Opera Singers organization to champion opportunities for black male opera singers.

Reviewing Mr. Frierson's 1949 debut, Ross Parmenter of the New York Times wrote that Mr. Frierson, who was still at Juilliard at the time, "Gives promise of being a fine concert artist," adding, "He already has the essential attributes - a beautiful voice, good technique, musicianship, sympathy and a fine presence."


Article & Video On Andrew Frierson Continues After Sponsor's Message Below...

Born Andrew Bennie Frierson on March 29, 1924, in Columbia, Tennessee, he was the youngest of seven children born to Robert Clinton Frierson, a railroad worker, and Lue Vergia (Esters) Frierson, a homemaker. Raised in Louisville, Kentucky, Frierson showed interest in music at a young age and began taking piano lessons at the age of 8. Growing up in the segregated South was difficult, but his teachers, most of them young African-American men and women who were the first in their families to go to college, were invested in their young student's success. After high school, Frierson enrolled in Fisk University in Nashville as a music major, but was soon drafted into the Army and served in the South Pacific during World War II.

After his honorable discharge from the Army, Frierson studied with a local voice teacher who encouraged him, and spurred on by his mother's advice to "leave the South as soon as you can," Frierson took a bus north to New York City to audition for the prestigious Juilliard School of Music in New York City to further hone his distinctive bass-baritone voice. As a student, he became friendly with two soprano students: future opera star Leontyne Price and Billie Lynn Daniel. He made his performance debut in 1948 at Carnegie Hall while still a student, earning accolades for his style from the New York Times, which noted that Mr. Frierson "gives promise of being a fine concert artist," and "already has the essential attributes - a beautiful voice, good technique, musicianship, sympathy and a fine presence."

After earning a degree in vocal performance from Juilliard he and Ms. Daniel were wed in 1953, and Frierson began his professional career in earnest starring in the title role in Gershwin's Porgy and Bess, Henry Davis in Street Scene, the King of Egypt in Aida, the Messenger/the Shepherd in Oedipus Rex, and Schlémil/Wolfram/Hermann in The Tales of Hoffmann. Other notable roles included Don Alfonso in Così Fan Tutte with the Chautauqua Opera, a production that played in Bermuda; and Joe in the New York City Center revival of Show Boat.

A consummate professional, Frierson was also a dedicated music educator and staunch civil rights activist. He taught at Southern University in Baton Rouge, Louisiana, in the early 1950s, and served as Director of the Henry Street Settlement Music School in Manhattan in the '60s. In 1963, Frierson was handpicked as a featured vocalist at the March on Washington for Jobs and Freedom, where the Rev. Martin Luther King famously gave his "I Have A Dream" speech. Frierson earned a Master’s degree from the Manhattan School of Music in the 1970s and later became a professor of voice at the Oberlin Conservatory of Music in Ohio.

However, after two years there the Friersons returned to New York City and resumed performing together - both as a concert duo and as members of "The Frierson Ensemble," a group Mr. Frierson established to trace the history of African and African-American music. Through the organization Young Audiences, they performed throughout the New York City public school system for a number of years. In 1975, the couple gave a memorable tandem concert performance at Alice Tully Hall at Lincoln Center. They also re-established their vocal studio in Manhattan. As a voice teacher and vocal coach, Mr. Frierson mentored a number of notable performers, including rising opera star Ben Holt, dancer Maurice Hines, and actor Denzel Washington.

In 2000, he was the recipient of the Legacy Award by the National Opera Association, an award given annually to recognize the contributions made by African-American artists to opera in America.

In 2013 he moved from New York City to a retirement community in Oberlin, Ohio, where he had once been a professor of voice. According to family members, he continued to practice vocal runs almost daily and, as a result, maintained a strong and youthful singing voice up to a year before his passing, on December 6, 2018.

He is remembered as a man of dignity, integrity, and pride in his southern roots; a man who saw equal value in "folk wisdom" and "book learning." He passed this love of southern African-American history and culture to his daughter and his many students.

Frierson and his late wife faced numerous professional challenges as a result of limited opera roles available to most African-Americans in the field - opportunities that typically only included Porgy and Bess or Showboat. But, rather than bemoan the prevailing mindset of the times he poured his energy into training, advising, and encouraging the next generation of aspiring African-American classical musicians, becoming a role model in the process. With a fierce love for his people and culture, Frierson believed one could "overcome" through preparation and determination.

Andrew Frierson was preceded in death by his beloved wife Billie, who succumbed to cancer in 2002.

He leaves to cherish his memories a daughter, Andrea Frierson, a Broadway actor, singer and writer who has appeared in the original Broadway cast of Once on This Island; LCT productions of Marie Christine; Julie Taymor & Elliot Goldenthal's Juan Darien: A Carnival Mass; the original Broadway production of For Colored Girls Who Have Considered Suicide When the Rainbow is Enuf; George C. Wolfe's Bring in 'Da Noise, Bring in 'Da Funk; and The Lion King, among others, as well as her 2017 solo show, Me & Ella, at the York Theatre in NYC. He is also survived by a grandson, Adam Frierson Goins, a conductor, vocal artist, producer, and a graduate of Brown University.

Posted by Dadpreneur Productions at 10:45 PM