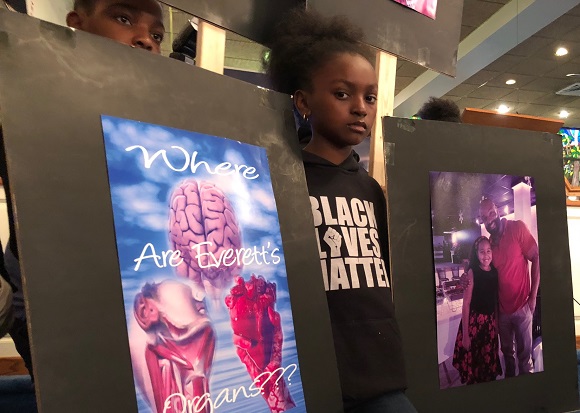 Queens Village, NY — Parishioners, local residents, and elected representatives gathered at Maranatha Baptist Church this past Sunday to show solidarity with the aggrieved family members of Everett Palmer Jr., who mysteriously died after two days in police custody at a Pennsylvania jail, and echoed their call for a grand jury investigation into the matter.
Last April, the 41-year-old Queens native, U.S. Army veteran, and father of two surrendered himself to authorities in Lancaster County to answer for a 2016 DUI charge, and was subsequently arrested and transferred to a prison in nearby York County where he died 48 hours later.
A coroner’s report issued immediately after his death suggested Everett died from injuries suffered after beating his head repeatedly against his cell room door but was later contradicted by autopsy results that listed the cause of death as “complications following an excited state, associated with methamphetamine toxicity, during physical restraint.” 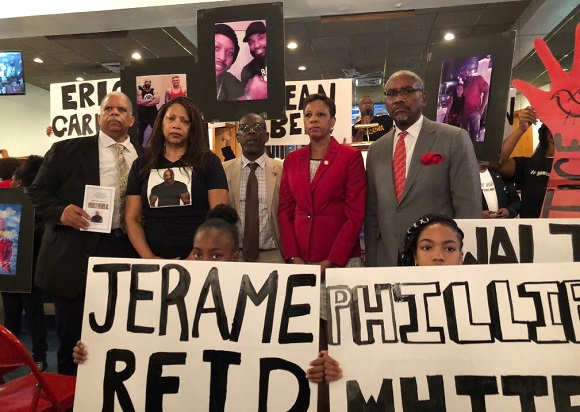 Sign the Petition To Examine Everett Palmer's Mysterious Death
Article On The Suspicious Death Of Everett Palmer Jr. Continues After Sponsor's Message Below...

Article & Video On The Mysterious Death Of Everett Palmer Jr. Continues Below...

Dissatisfied with the county’s findings, the Palmer Family has hired an attorney and private medical examiner to aid them in its pursuit of the truth, which has been hampered by the outsourcing of Everett’s brain, heart, spine and throat to a private laboratory; and is demanding a grand jury investigation by York County District Attorney David W. Sunday.
“Months of confusion and distortion of what happened to Everett has compounded the Palmer family’s grief,” said Senator Leroy Comrie. “We’re standing here today because they deserve the truth. They need justice for the life of Everett.” 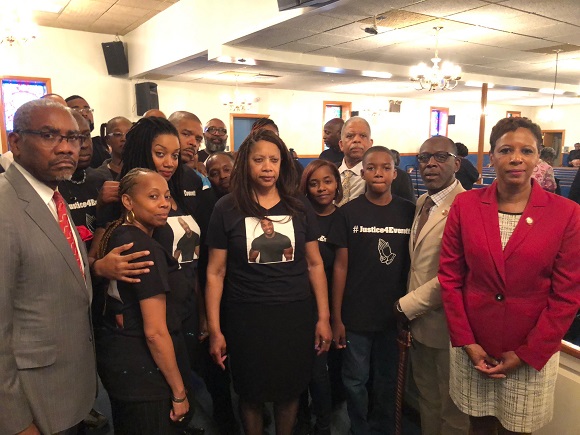 Sigh The Petition For Everett Palmer
“A Pennsylvania publication recently warned residents of a rising tide of racism in the state, and we fear that Everett Palmer, Jr. fell prey to the culture of hostility targeting Black men and women there,” said Council Member I. Daneek Miller. “We will shine a light on this outrage until York County District Attorney Sunday agrees to open a grand jury investigation and the whole truth of this affair becomes known.”
“The contemptible behavior of Lancaster County law enforcement officials and subsequent indifference of the York County District Attorney are more than egregious,” said Council Member Adrienne Adams. “I stand with the Palmer family in their quest for answers to the senseless death of Everett. I pray that much sought after justice is forthcoming and that it will bring peace to this family and to the community that loved him so dearly.”
“Too many questions regarding the cause of Everett Palmer, Jr.’s death remain unanswered, and the Pennsylvania State Police have not been transparent,” said Congressman Gregory Meeks. “His family should not have to bear the grief of not knowing how or why he died in that jail cell, and I stand with them in their pursuit of truth, and justice for Everett.”
The Palmer family called the public to action, noting that St. Louis County Prosecutor Bob McCulloch, who was widely criticized for mishandling the investigation into the fatal Ferguson Police Department shooting of Michael Brown in Missouri, lost a primary challenge to a Ferguson City Council member in August.
“The family requests that an investigation into the homicide death of our loved one Everett Palmer, Jr. be initiated,” said Dwayne Palmer, Everett’s brother. “York County District Attorney David W. Sunday must impanel a grand jury. And if his office has not yet done so, we want to know why.”
“We are vigilant in our pursuit to demand Justice for the homicide death of Everett Palmer, Jr.,” said Bobbie Cole, a Maranatha Baptist Church representative who has worked closely with the Palmer Family alongside Pastor A’Kim Beecham. “We are standing strong with the Palmer Family and won’t stop until the individuals responsible are prosecuted to the fullest extent of the law.”
The Palmer Family is calling on the public to help them in their search for answers by calling the office of the York County District Attorney, engaging with the office’s official social media accounts, signing a petition, and voting in the upcoming General Election. The family’s #Justice4Everett Call to Action can be viewed in detail by accessing the Justice4Everett Facebook page. 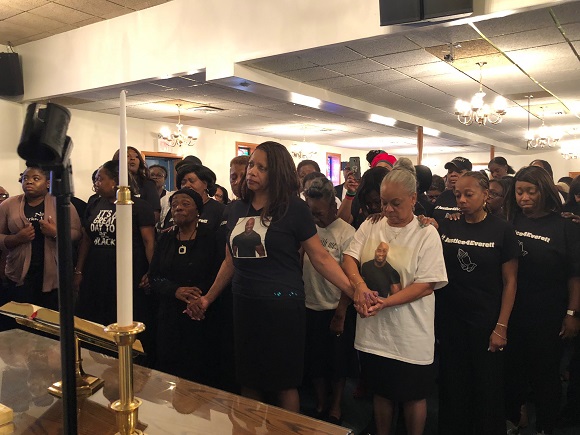 
She is presently in high school looking to have a career in video, film, and media. You can see more of her entertainment writing on Lonstein Movies.


Because most local businesses don't have large ad budgets then please consider donating to ensure we can continue our media efforts.  We appreciate all contributions ($5, $10, $15, $20, +) no amount is too small. Please donate now below or read more on donations.

Posted by Dadpreneur Productions at 12:22 AM