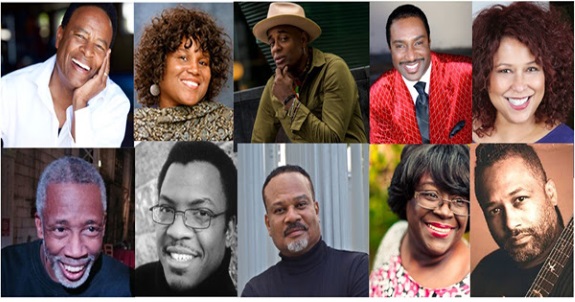 BHERC brings to the public the curated works of Jessie Mae Robinson in an inspirational and soul stirring program, that launches a year of events staged to bring overdue recognition to Mrs. Robinson. "Jessie Mae Robinson was an amazing talent and it is so important that we celebrate her musical contributions to the world," states Sandra Evers Manly, producer of the tribute and founder of BHERC.


Article On Black Hollywood Event Continues After Sponsor's Message Below... 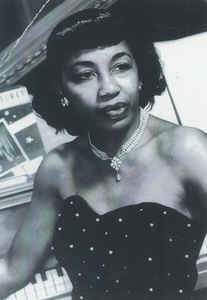 They have assembled some of the best of Southern California’s artists to help us bring her music prose to life. They are:

* William Allen Young, Master of Ceremonies, acclaimed actor/director who has starred in more than 100 television, stage and film projects in his career, including two Academy Award-nominated films "A Soldier's Story" and "District 9." Beloved by millions of worldwide fans for his portrayal of Frank Mitchell, the tough-but-loving father on the hit TV series "Moesha," recently starred as Dr. Rollie Guthrie on the CBS medical drama "Code Black."

* Dorian Holley, Star of "A Love Letter to Marvin Gaye" & Vocal Director "This is It" Vocal director for the late Michael Jackson's "This Is It" tour and for 27 years vocalist on every one of Jackson's solo tours. Dorian's first solo CD was entitled Independent Film. The Dorian Holley Band is fresh off six sizzling, sold-out performances of A Love Letter to Marvin Gaye, a two-hour retrospective of The Prince of Motown's canon.

* Terry Steele, recording artist/co-writer of Here & Now by Luther Vandross - A a two-time Grammy Award nominee and two-time ASCAP Award-winning songwriter who has toured internationally as a professional recording artist all over the world.

* Michael "Kidd Funkadelic" Hampton, Rock and Roll Hall of Famer - Michael Hamption is a funk rock guitarist, composer and musical director who, in 1997, was inducted into the Rock 'n Roll Hall of fame inductee with the band George Clinton & Parliament Funkadelic.

* Masta Edwards, Blues Great - An acclaimed vocalist and songwriter, Masta Edwards has the distinction of performing with the best and brightest in the music industry over the last four decades. Among his many collaborators are Don Covay, Seal, Scott Henderson, Thelma Houston, Mandrill, Keb Mo, Preston Glass, and LTD to name a few.

* Lura Daniels-Ball, Inspirational Recording Artist - Lauded for her tonally rich, emotionally powerful and uniquely nuanced vocals, Daniels-Ball stuns listeners with her ability to sing in any genre – whether classical, traditional, spiritual, gospel, jazz, R&B or pop music. Lura performs a signature original multimedia program entitled, MLK: A Tribute in Song, where she takes the audience on a compelling, emotional, yet celebratory musical journey highlighting the milestones of Dr. King’s legendary life and incomparable legacy. Lura recently launched her 3rd release, God is the Strength of My Heart. She also has a holiday CD, In The Joy of The Season, a fan favorite.

* Patrick Minner, Gospel and Soul Singer - Since age ten, Patrick Minner has performed for political dignitaries and heads of state, including tributes and celebrations honoring the Tuskegee Airmen, Dr. Dorothy Height, Fayyad Nicholas (of the famed Nicholas Brothers) and Nichelle Nichols to name a few.

* TC Campbell, Musical Director - Born and raised in Nashville, Tennessee, TC Campbell attended Tennessee State University, where he majored in music and met singer Peabo Bryson. The two recorded the LP Crosswinds and collaborated as writers on the song "We're The Best of Friends," featuring Peabo and Natalie Cole. After joining the group Cameo in and performing and writing songs "I Like It" and "Knights By Knight," his talent attracted Jeffrey Osborne who quickly enlisted him as musical director. Later he became musical director and composer for the legendary Della Reese when she was a featured artist for the July 4th, 1997 Celebration at the Hollywood Bowl, and also appearing and serving as music coordinator on the CBS television hit series Touched by An Angel. Accompanying the late Luther Vandross on a special episode was one of the highlights of his experience.


How to get tickets:
Tickets are available now and can be purchased online at www.bherc.org, the Nate Holden Performing Arts Center www.ebonyrep.org or call (310) 284-3170. General Admission $40.00, Seniors and Students $30.00.


About BHERC
Founded in 1996 by Sandra Evers-Manly, BHERC is a nonprofit, public benefit organization designed to advocate, educate, research, develop, and preserve the history and future of Blacks in film and television. Celebrate the artistry by supporting filmmakers, with diverse topics, stories, techniques and broad themes multi-layered with humor, drama and reality.

Posted by Dadpreneur Productions at 7:00 PM