From The Office Of Congressman Greg Meeks 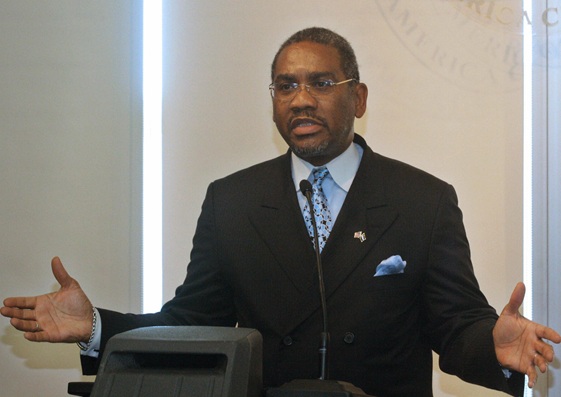 "It is paramount that any changes strengthen, not relax, the responsibilities banks have to the communities that trust them with deposits..."

Washington, D.C.— Congressman Gregory W. Meeks (NY-05) led 32 other House Democrats, including members of the House Financial Services Committee, on a letter (below) to Secretary of the Treasury Steven T. Mnuchin and Comptroller of the Currency Joseph M. Otting.

The letter urges the administration to prioritize the interests of underserved communities as they update federal regulations under the Community Reinvestment Act (CRA).

“For decades now, the Community Reinvestment Act (CRA) has ensured access to capital for millions of Americans from all backgrounds, income levels, and geographic areas,”

Congressman Gregory W. Meeks said. “With the emergence of new technologies and other shifts in banking practices, CRA rules are certainly due for modernization. But, it is paramount that any changes strengthen, not relax, the responsibilities banks have to the communities that trust them with deposits.”

Enacted in 1977, the CRA requires banks to invest and lend to communities from which they accept deposits. Banks are rated on their compliance with the CRA, and those scores influence regulatory approval of mergers and acquisitions.

a) resolving the problem of ratings inflation;

b) addressing retail lending outside of CRA assessment areas;

c) increasing focus on bank branches in low- and moderate-income neighborhoods in CRA exams; and

The letter also states that anti-discrimination reviews should be a non-negotiable component of CRA exams.

The letter was sent in response to a January report by the Wall Street Journal that the Trump Administration is “planning to unveil a major revision” to federal rules under the Community Reinvestment Act. Comptroller Otting’s predecessor, then-Acting Comptroller Keith Noreika said that downgrades in CRA ratings “unnecessarily distract” banks.[1] 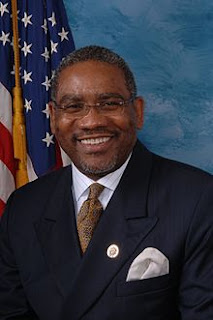 We write to offer our views on the Administration’s broad review of the Community Reinvestment Act (CRA).  Our recommendations are in light of a recent Wall Street Journal report suggesting that the Administration plans to loosen financial institutions’ CRA requirements at the expense of communities underserved by the mainstream financial services industry.[1]

As the federal appetite grows for addressing social-economic failures through public-private partnerships, similar emphasis should be placed on preserving and strengthening the CRA which, at its core, is a compact between the federal government and private entities that receive the benefits of a national charter and/or deposit insurance. In that vein, federal banking regulators should enhance the affirmative obligation on financial institutions to lend, serve and invest in low- and moderate-income neighborhoods across the country since these institutions receive the benefits of our federal prudential regulatory system, including the safety net provided through the Deposit Insurance Fund.

In the fall of 2016, in reaction to the decennial review undertaken by the federal banking agencies pursuant to the Economic Growth and Regulatory Paperwork Reduction Act (EGRPRA) and a subsequent update to guidance through the regulators’ Interagency Questions & Answers Regarding Community Reinvestment,  nearly 60 Members of Congress, many of which sit on the House Financial Services Committee, recommended improvements to the CRA consistent with technological and market changes in the financial services industry.[2]

The Administration’s current review of the law is broader, but as a threshold matter, we once again urge the Administration to recommend and banking regulators to undertake the following: (1) reexamine CRA enforcement practices and rectify ratings inflation; (2) modernize regulations to reflect the reality that significant retail lending occurs outside banks’ CRA assessment areas; (3) increase the rigor of the CRA Service Test with a focus on bank branching in low- and moderate-income neighborhoods; and (4) better assess and establish standards to measure whether bank mergers and acquisitions benefit the public beyond the gains for financial institutions through increased profits and market power.

Similarly, a number of Members of Congress sent a letter in January of 2017 recommending that the Office of the Comptroller of the Currency require financial technology (“FinTech”) firms to comply with meaningful CRA-like financial inclusion requirements if granted national charters.[3]

Despite past engagement, we remain very concerned about guidance issued by the OCC on the 40th anniversary of CRA that limit consequences for banks that violate fair lending laws.   Fair lending reviews, which assess whether banks violate anti-discrimination and consumer protection laws, are a critical component of CRA exams. The fair lending review should be a non-negotiable part of the CRA exam because such reviews can help regulators obtain a full picture of the extent to which institutions are providing services to all individuals within their communities, and whether those services are high-quality and are not harmful for consumers.

Fair lending reviews are critical to ensuring access, and must also be given appropriate consideration in a merger application. Various trade groups recommend that the application time period be reduced for banks with Outstanding ratings. As we have seen, even banks with Outstanding ratings can exhibit uneven CRA performance across several states or have fair lending issues as has been seen in some of the downgrades. We wholeheartedly agree with banks that keeping a timely CRA process is necessary. We suggest publishing CRA exams with the understanding that if a fair lending exam detects a violation after a bank has been graded they may be subjected to a retroactive downgrade.

CRA remains critical to the regulatory framework of the nation’s banks, encouraging mortgage loans, small business loans, investments and other financial services for low- and moderate-income neighborhoods within a bank’s depository footprint.  Since 1996, CRA-covered banks have issued more than 24 million loans (totaling over $973 billion) to small businesses in low- and moderate-income census tracts.[4] Midsize banks (those that range from $300 million to $1.2 billion in assets) lend and invest nearly $3 billion annually for affordable housing and community development in low- and moderate- income neighborhoods – a level of investment that is roughly the size of the federal Community Development Block Grant program.[5]

The Administration’s current review provides an opportunity to consider and recommend how best to address some disturbing trends facing the nation’s low- and moderate-income families, including declining homeownership rates, growing income and racial wealth gaps, and a lack of economic development and investment in many underserved communities across the country.  Accordingly, any attempts to reform CRA should be done with an eye toward strengthening its investments in underserved communities, as opposed to merely providing relief for regulated institutions.

Posted by dublogger at 5:54 PM