Learn Why US Rep. Meeks Is Condemning the Release of Classified FISA Memo

From The Office Of US Rep Greg Meeks 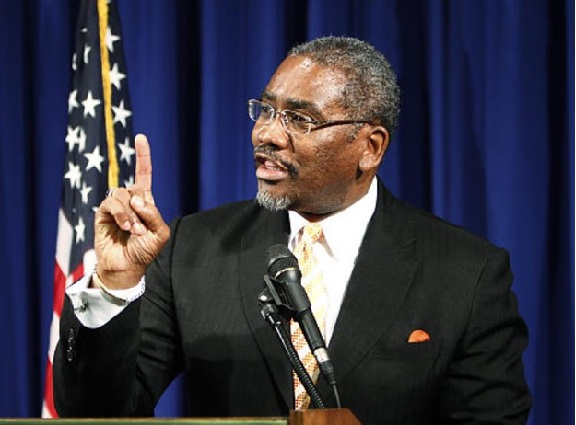 "Independent Congressional oversight is central to our democracy, and Chairman Nunes’ decision to subject his committee to the President’s whims and directions is a serious dereliction of duty that shakes the very foundation of our nation’s system of check and balances..."

“Rep. Devin Nunes, Republican leadership, and the White House have placed self-interest and their political agenda above national security, ignoring dire warnings from the Department of Justice and the President’s handpicked Director of the FBI. In ordinary times, members of both parties would resoundingly condemn a President’s decision to compromise national security by declassifying top-secret information and a Committee’s partisan decision to release that information, which could expose our intelligence agencies’ closely held sources and methods.

But in these times, Republicans will resort to any means necessary in their effort to discredit the investigation of the Trump campaign in light of Russian interference in the 2016 election. In this most recent episode, they have heinously politicized a serious process and sought to undermine the FISA process our nation’s intelligence agencies rely on to keep us secure.

“After ostensibly recusing himself from the Trump-Russia collusion investigation, Nunes has repeatedly interfered in it, proving that he is unworthy of chairing the House Intelligence Committee. Independent Congressional oversight is central to our democracy, and Chairman Nunes’ decision to subject his committee to the President’s whims and directions is a serious dereliction of duty that shakes the very foundation of our nation’s system of check and balances.

"Chairman Nunes and the Intel Committee Republicans’ brazen manipulation of facts in the memo and their suppression of the release of the Democratic memo only proves that Chairman Nunes has abandoned any interest in impartiality; the Republicans are focused only on shielding President Trump. They are undoubtedly giving the President fodder he so desperately desires, which he will likely use to justify firing Special Counsel Mueller and/or Deputy AG Rosenstein.  If Trump commits this act out of fear for what the investigation into his campaign would find, he will certainly drag the country into a constitutional crisis unlike any we have experienced in recent decades.

“I do not say this lightly, but I do say it with complete conviction: Devin Nunes must be immediately removed as Chairman of the House Committee on Intelligence.

Posted by dublogger at 5:00 PM