Nationwide Attorney Zulu Ali, founder of the Law Offices of Zulu Ali in Riverside, California and the Justice by Jury Reform Initiative Committee (JJRI Committee), will be hosting a conference as a nationwide initiative to address the rising crisis of wrongful convictions and police brutality against blacks and other citizens. 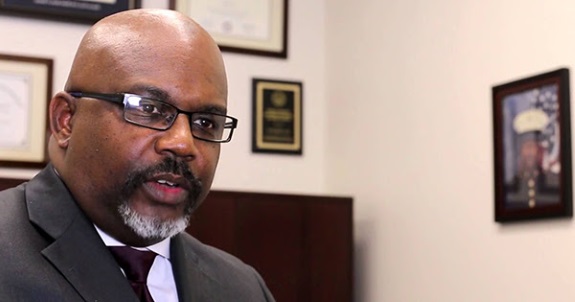 Attorney Ali has issued the following statement on behalf of the committee:


“I was born in 1967 in rural Tennessee. One year prior to the assassination of Dr. Martin Luther King, Jr. and the same year that Thurgood Marshall was appointed to the United States Supreme Court."

"At an early age, I was inspired by Thurgood Marshall, Avon Williams, Jr., and Z. Alexander Looby, who were all great civil rights attorneys who challenged the system to make changes in the law when the law was unjust. At that time, attorneys were agents of change."

"Today, the court and justice system focuses on the procedure and not the people. The court process and convenience are more important than improvement and rights of citizens. Courts and agencies overseeing officers of the court have mechanisms in place to neutralize and eliminate those who challenge the system."

"The system often serves to oppress than to protect. Lawyers who choose to challenge the system are subject to immense scrutiny by courts and agencies. Challenging the system in a meaningful way disrupts the system."

"Today, the court and justice system focuses on the procedure and not the people. The court process and convenience are more important than improvement and rights of citizens. Courts and agencies overseeing officers of the court have mechanisms in place to neutralize and eliminate those who challenge the system."

"The system often serves to oppress than to protect. Lawyers who choose to challenge the system are subject to immense scrutiny by courts and agencies. Challenging the system in a meaningful way disrupts the system."

"The system makes it very easy for agents of the system; however, the system is very difficult for those who challenge the system as agents of change. Black lawyers, who often have a different outlook and understanding of their responsibilities as lawyers and to the communities they serve, are much more often scrutinized much more harshly than their white counterparts. Many black lawyers are treated differently than white lawyers when they challenge the system or advance novel arguments or complaints. In many cases, black lawyers are scrutinized for challenging laws that their white counterparts are not scrutinized for."

"The great civil rights attorneys Z. Alexander Looby and Avon Williams were actually arrested and jailed for contempt of court for challenging judges for being unfair. Today, they would have been disbarred for the same actions."

"The act of being an agent of the system and working zealously for a client are diametrically opposed in many cases. It is extremely difficult to do both and the scrutiny attorney’s face often lead to accepted but ineffective representation. Today, challenging Brown v. Board of Education; or even Dred Scott (a U.S. Supreme Court case justifying the enslavement of blacks) would have been a frivolous challenge by the courts for some attorneys."

"Today, attorneys, as agents of change, are very scarce as far as numbers and are often overworked and lack the resources; as no one will take on these cases because no one wants the heat."

"There is absolutely no reason that so many people are charged or overcharged unjustly; or public officials, who are often held to a lower standard than the average citizen, can be found not liable for clearly brutalizing our children and other citizens."

"Our first initiative should be to reform our jury system to ensure that all men and women are tried by a jury of their peers that properly represents a cross-section of the community. I have been in predominantly black cities where a black person is tried by an all white jury in recent time. I oppose such jury makeup for anyone; white, black, or otherwise."

Attorney Ali and the JJRI Committee is issuing a nationwide call to attorneys, activists, clergy, public officials, and concerned citizens to rally for jury reform across the nation. Part of the discussion will include the need for both citizens and public officials to be tried by a jury makeup of a cross-section of the community.

Conferences will be scheduled across the nation beginning on January 20, 2018 in Riverside, California. Interested individuals should email stopandfriskacademy@gmail.com.

Posted by Dadpreneur Productions at 10:44 PM

Email ThisBlogThis!Share to TwitterShare to FacebookShare to Pinterest
Labels: ATTORNEY ZULU ALI AND J.J.R.I. COMMITTEE ISSUES A NATIONWIDE CALL FOR JURY REFORM TO STOP POLICE BRUTALITY AND WRONGFUL CONVICTIONS AGAINST BLACKS AND OTHER CITIZENS.