“El Barrio residents have waited long enough for the City to act,” said Speaker Melissa Mark-Viverito. “At a time when Neo-Nazis, white nationalists and hateful right wing extremists run rampant throughout the country with impunity, we must send a definitive message that the despicable acts of J. Marion Sims are repugnant and reprehensible. J. Marion Sims conducted horrific, painful, medical atrocities on non-anesthetized enslaved Black women with free-reign. Mayor de Blasio and the Parks Department must remove this repugnant statue from our neighborhood once and for all.” 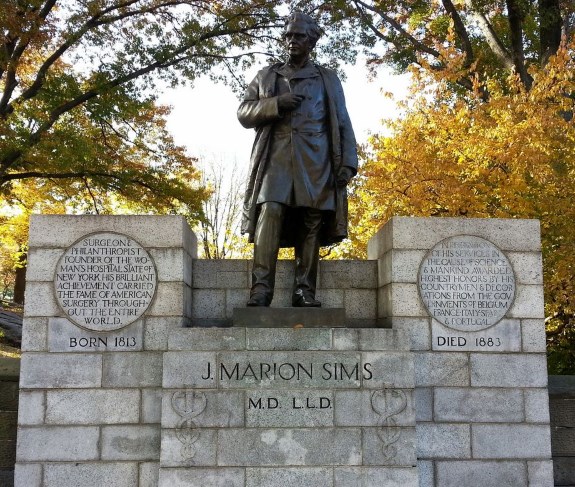 Located on 103rd Street and 5th Avenue in El Barrio/East Harlem, the J. Marion Sims statue is a constant reminder of the United States’ malignant treatment of people of color.  Since 2011, Speaker Mark-Viverito has repeatedly called on the Parks Department to remove the offensive Sims statue glorifying the dehumanization of black women from Central Park and the Parks Department has denied every request.

Last year, the Parks Department announced that it would add a plaque to the Sims monument to provide historical context to the statue and to honor Anarcha, Lucy and Betsey – three victims of Sims’ medical experiments, though Speaker Mark-Viverito, the Community Board and local residents continued to call for the statue’s full removal. However, despite working with the Speaker’s office and the community at large to finalize suitable language for the plaque, the Parks Department has not yet placed it on the site.

“Charlottesville serves as a reminder that we each can make a difference,” said Rep. Adriano Espaillat (NY-13). “The violence and tragedy that occurred at the hands of white supremacists and Neo-Nazi protestors is a significant tipping point in our efforts to combat racism, hate and bigotry. Now it is up to each of us to stand united and on the right side of history to do what is required of us as public servants. Hateful symbols and monuments in honor of individuals such as J. Marion Sims, are a constant reminder of the suffering and pain that African-Americans and communities of color have endured for generations. We must remove these symbols of hate from our community once and for all.”

“Slavery wasn’t just an affliction on the south, it’s also a moral stain on the history of the north,” said Council Member Levine, Chair of the Council’s Parks Committee. “A man who took advantage of enslaved women who were unable to give consent for medical experiments, does not deserve to be memorialized our City’s parks. I therefore join my colleagues and Speaker Melissa Mark-Viverito in calling for the immediate removal of the Sims statue, and I look forward to working with the Parks Department to replace it with a more appropriate monument consistent with New York’s morals and values.”

“This statue has stood for far too long as a reminder of the dark legacy of our nation, which viewed the lives of people of color as merely a means to an end,” Council Member Robert Cornegy. “In New York City, there is no place for statues of men who treated enslaved Black women with the kind of repulsive disdain that J. Marion Sims did. I urge the Mayor and the Parks Department to remove this statue and show New Yorkers that the monuments we choose to erect in this City reflect the values of respect and ethical treatment of all people that we hold dear.”


“Central Park should not have a statue honoring a doctor that experimented on enslaved human beings — women who had no free agency. The fact that J. Marion Sims chose not to use anesthesia — which was apparently available — when operating on enslaved women is also profoundly disturbing. In large part because of these experimental surgeries, Sims made some significant contributions to women’s medicine. But his use of enslaved women as patients/subjects must be brought to the forefront. Sims’ statue should be replaced by a memorial honoring his patients,” said Council Member Helen Rosenthal.

“The statue of J Marion Sims is another symbol of this country’s continued disrespect of women of color. If we as community leaders stand by and don’t speak out to remove this statue we are sending a signal to the next generation that being treated inhumanely is okay for women and people of color and not okay for everyone else. We will no longer stand for this in our own backyard,” said State Senator Brian A. Benjamin.

“The public monuments of our city should reflect the values of our city,” said State Senator Liz Krueger. “ J. Marion Sims performed medical procedures on enslaved women against their will. In the 21st century we should be mature enough as a society to recognize that this is not a legacy that should be publicly celebrated. I urge the parks department to remove the Sims statue as part of the mayor’s commitment to ensure our monuments reflect our values.” 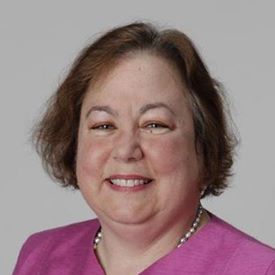 “When statues are erected in our streets, parks, and public spaces they represent a choice, and the only way to deal with a wrong choice is to own up to it and correct it,” said Manhattan Borough Gale A. Brewer. “It’s time for us to carefully review, remove, and replace statues that honor figures associated with racism, bigotry, and other forms of oppression.”

“The monument is a constant reminder of the bigotry and oppression men and women of color endured in American history and unfortunately medical science,” said Diane Collier, Chair, Community Board 11.  “Community Board 11, our councilperson, East Harlem organizations have been asking the administration for several years to remove the J. Marion Sims statue from our East Harlem community once we learned the true story of his discoveries.  CB11 members overwhelmingly voted in June 2016 against the city proposals adding the tortured women names to the marker and formally reiterated our call for the statue to be moved.   Intrinsically, the removal of the Marion Sims monument in East Harlem is long overdue; and should be at the top of the Mayor’s 90 day review list removing statues of hate and racism in NYC.”

“The systemic racist thought and practice that continues to be part of the infrastructure of this nation must be challenged, confronted and destroyed at all levels of society,” said  Marta Moreno Vega of the Caribbean Cultural Center African Diaspora Institute. “It means developing an impactful educational system that confronts racism, instituting systems of equal access to all without consideration of color, gender, religious practices, economic, cultural or immigrant status. It means having monuments that speak to heroes and heroines that stand for racial justice and equity as all levels to instill the values of a true democracy. Images like that of J. Marion Sims must be removed. They don’t represent the human values that El Barrio and the nation should support.”


“We share a collective duty to stand against racism and bigotry in all its forms,” said Andrea Miller, President of the National Institute for Reproductive Health.  “We should no more celebrate white supremacy today than commemorate its existence in the past. New York City can make a powerful statement against the shameful legacy of abuse against black and brown people by removing the J. Marion Sims statue immediately.”

“We applaud the Speaker’s efforts to remove the statue of J. Marion Sims,” said Jo-Ann Yoo, Executive Director, Asian American Federation. “As a doctor, his inhumane medical experiments on enslaved Black women further victimized a vulnerable population. His statue honors an individual who exploited Black women and is a reminder of the horror he perpetrated on them. We stand in solidarity with our leaders who reject and act to remove all symbols of racism and hate in this country.”


“Medical progress achieved through immoral practices is not an achievement of which we should be proud,” said Rabbi Joseph Potasnik, Executive Vice President, New York Board of Rabbis. “We who have been victims of prejudice cannot be silent when others have suffered injustice.”

“As a leading provider of sexual and reproductive health care for New Yorkers, Planned Parenthood of New York City supports the removal of the statue of Dr. James Marion Sims in Central Park,” Christina Chang, VP of Public Affairs, Planned Parenthood of New York City. “19th-century physician Dr. Sims, often called “the father of modern gynecology,” performed experiments on enslaved Black women without their consent and without anesthesia, which was available at the time. Sims’ experiments are part of a long history of medical experimentation on African Americans and directly connects to the ongoing unequal medical care that Black patients continue to receive today. Black patients still receive less pain medication than white patients, and a 2016 study by the University of Virginia found medical students still think Black people feel less pain than whites. As we saw Charlottesville, racism and white supremacy continues in our nation. This country’s long history of controlling and threatening people of color’s safety and control over their own bodies, and any statue that represents this violence and hatred has no place in our city.”

Speaker Mark-Viverito and others today renewed their demand for the de Blasio Administration and the Parks Department to include the J. Marion Sims statue in the 90-day review the Administration is currently conducting of all symbols of hate on city property.  On Friday, Speaker Mark-Viverito issued a letter to Mayor de Blasio formally requesting the City evaluate the Sims monument.

Posted by Dadpreneur Productions at 12:58 PM