There are millions of women entrepreneurs in the United States that are running successful businesses, and many of them have even reached millionaire status. In fact, according a study by The American College, up to 45 percent of American millionaires are women. Few of these, however, are African American. But success runs in our race. Meet Annie Malone, the first Black woman millionaire. 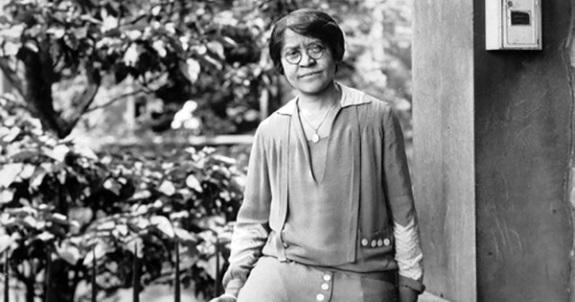 Born to former slaves, but determined to be successful

Malone was born in 1869, one of 11 children, in Metropolis, Illinois to former slaves. She took an interest in hair styling, in particular, developing a better way to straighten African American hair without damaging it. By the early 1900s, she developed a formula that worked and called it “The Great Wonderful Hair Grower,” which she began to sell door-to-door after moving to St. Louis, Missouri.

During the 1904 World's Fair, she opened a retail outlet where she sold her hair care product to out-of-town visitors to the city. It was a huge success, and after receiving a favorable response from them, she now had the confidence to launch an innovative marketing campaign to sell her product nationally. Her idea was to hire and train other women to serve as local sales agents. They would, in turn, recruit others. The idea worked so well that by 1910, distribution had fully expanded nationally.

By 1917, Malone's company had become so successful that she founded and opened Poro College. Poro College, which was also based in St. Louis, specialized in the study and teaching of Black cosmetology, and the school graduated over 75,000 agents worldwide, including the Caribbean. The school later expanded and eventually occupied an entire city block in Chicago, making Malone one of the world's wealthiest African Americans, and the first Black woman millionaire.

Her relation to Madame CJ Walker

One of her Malone's early recruits was the legendary late Madame C.J. Walker, a former washerwoman who eventually founded her own company with similar beauty products and distribution. Walker herself also went on to become a millionaire, and one of the most successful Black entrepreneurs of the early 20th century

Not just a millionaire

Malone was not just all about they money; she gave back to the community. She was a well-respected philanthropist that donated hundreds of thousands of dollars to the local black YMCA and the Howard University College of Medicine in Washington, DC., and the St. Louis Colored Orphans Home.

For her contributions, she also received an honorary degree from Howard University and was named an honorary member of the Zeta Phi Beta sorority.

Sadly, she died in 1957, but her legacy lives on and continues to inspire women across the world.

No Spam Only the Scoop on Southeast Queens

Posted by Dadpreneur Productions at 5:21 PM

Email ThisBlogThis!Share to TwitterShare to FacebookShare to Pinterest
Labels: Meet Annie Malone is The First Ever Black Woman Millionaire.