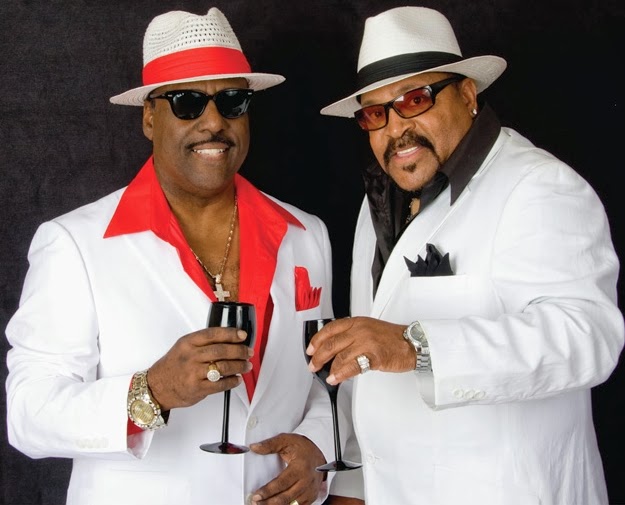 Queens, New York - January 15th, 2014 - A significant number of music fans, especially women, express their concerns that too often in today’s youth orientated urban music there is much in the lyrics that objectifies and demeans women. However, two veteran music producers are going against these disturbing marginalizing music trends against women of color, and in fact taking the music industry by storm

Skip Broadley Jr., and Charles Morais have worked with some of the top legendary luminaries in music including the Jackson 5, Crown Heights Affair, the Spinners, the Commodores, and Kool & the Gang just to name a few. Morais, has contributed to a body of music with his diverse music skills and talents writing the dance classic “Body Music” which was on Prelude Records.

He also played keyboards for the Strikers. He is a former keyboard player with the Crown Heights Affair. Charles is furthermore a former keyboardist for Made in USA, formerly signed to Delete Records.

These two established music industry insiders are now collaborating on independent musical expressions and “Tribute to the Ladies” is their 1st single created to affirm and lift up women. And many in the industry ask what better way to start a musical venture than to create a song that celebrates the women in our lives?

“Affirming women is definitely going against the grain in contemporary urban music and promises to rock the music industry because women buy a great deal of music but ironically are often disrespected” opines Kamau Austin, a popular social media writer and blogger. Austin feels we need more music industry celebrities and creative geniuses like Skip Broadley Jr., and Charles Morais, to “stand up” and create positive and loving music about women the way they have done.

“The lyrics for “Tribute to the Ladies,” just came to me in the studio” reveals Skip Broadley Jr., the lead vocalist of this future R&B classic. “It was as if the words flowed down from the divine presence above - into me” adds Broadley.

“Just think about the women who have helped you in your life” chimes in Charles Morais the composer for “Tribute to the Ladies.” He subsequently asks “where would we be without the women in our lives like our Grandmothers, mothers, sisters, daughters, wives and other female loved ones?” Morais credits his mom with inspiring him to become proficient in music sending him to piano and music lessons at a very young age.


Tribute to the Ladies, is certainly an artistic expression that digs deep into our soulful love and appreciation of all women and women of color. Charles Morais and Skip Broadley Jr, the collaborators, creators and producers of this uplifting single, came up with both the lyrics and melody of this elegant song.

Both men have extensive and distinguished backgrounds in the music industry. Charles Morais was born and raised in Brooklyn New York. At age six his mother enrolled him into classical piano lessons. At this age he began to learn musical fundamentals.

At age 13 he started to play with several local bands in the area, because in those days there were bands on every block. At that time he enjoyed the rich eclectic and diverse blends of music being played by these bands. Charles also gives special thanks to his mentor, teacher, and personal friend jazz pianist Bill O’ Conell,

Skip Boardley – was born and raised in Delaware.  He has worked with Arthur Conley (“Sweet Soul Music”). Skip also performed with Willie Feaster and the Concrete Wall and also Lloyd Price. He is also the former lead vocalist and writer for the legendary Delite Recording Group “Crown Heights Affair.” He has written songs for the R&B group Enchantment. Boardley performed on stage with the Jackson 5, Spinners, Commodores, Kool & the Gang, and Con Funk Shun to name a few.

Posted by Dadpreneur Productions at 8:44 PM

Email ThisBlogThis!Share to TwitterShare to FacebookShare to Pinterest
Labels: Positive Song about Women, powerful song for women, Tribute to the Ladies, Uplifting song for women