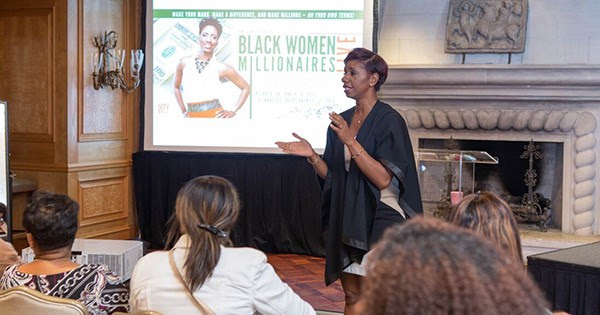 Dr. Venus Opal Reese, who is known as the founder of the 'Black Women Millionaires Live' event series and 'Hot Mess Millionaire' podcast and TV show, is leveling up the image of Black men in America. This pioneer in relating to Black men, not as criminals, but as a mother's child or some father's boy, is future casting a tomorrow filled with Black and brown faces, who are standing tall in their humanness.

In an era where the average Black male has several incidents with the police before the age of 21, and where a Harvard study found Black Americans 3 times as likely to be shot by the boys in blue, Dr. Reese is shouting from the rooftops. The disparities and inequities have gone on since slavery, and now Dr. Reese exposes this systemic racism plaguing our African American men.

In her recent rendering "Healing with Him," Dr. Reese explains the open wounds that men of color carry, and she calls on women to help make a societal shift. These wounds are much like the scars our ancestors bore from the whipping post, but these are emotional.

Video & Article On Dr. Venus Opal Reese's Healing with Him event Continues After Sponsor's Messages Below...
Please Support Our Ad Sponsors Who Make This Community News Blog Possible. And Don't Forget To Tell Them You Saw Their Ad in The Scoop! 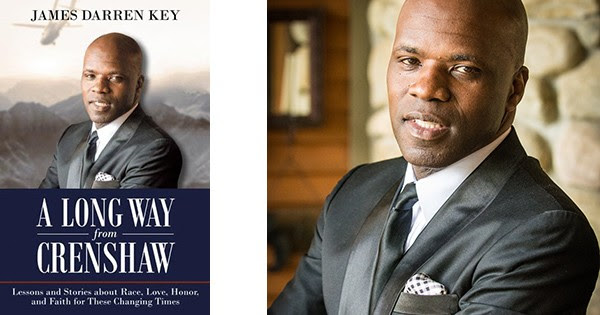 With the purpose of being accessible to all, the author writes in a conversational style. Exploring how life can change, and not always positively, he demonstrates how the human spirit can overcome those circumstances.

Additionally, Key speaks candidly about growing up Black in California in the 1970s and 1980s. Wanting to empower others, the author examines his own weaknesses and fears.

Through this study, he hopes to help people:

• recognize failures and successes along their journey;
• approach race and diversity with sensitivity and courage;
• heal from an unhealthy relationship before starting a new one;
• face trials and controversy with unshakable faith.

Video & Article On Dr. Venus Opal Reese's Healing with Him Event Continues Below...

A study by Mental Health America found some 7 million Black Americans are struggling with mental health issues. Furthermore, "Adult Blacks and African Americans are more likely to have feelings of sadness, hopelessness, and worthlessness than adult whites."

In her groundbreaking YouTube testimonial "Dear Black Man: I Owe You an Apology," (the video above) which garnered over a quarter million views in less than a month on Facebook, Dr. Reese lifts the veil on the themes of hatred and degradation that plague mocha-skinned men.

The Stanford grad unearths the history of shameless slavery and pushes forward to the preschool-to-prison pipeline that ensnares young men. Now, she is helping turn the tide in favor of men of color being afforded emotional equality and right standing with their fellow man.

This two-day Zoom video event features panels, workshops, and Black male comedians, as well as free laser coaching by licensed therapists. "My desire is to have the Black men who will be in attendance feel seen, heard, and safe. This one-of-a-kind event is an educational and transformational experience for the Black men as the focus and for the Black women who love them."

To pre-register for this event, which is recently reduced to free visit:
HealingWithHim.com

Dr. Venus is committed to raising $25,000 for Black Men Heal, a notable non-profit that focuses on Black men's mental and emotional wellness. "Black men walk around in a state of quiet panic, a state of trauma, acting like they are cool because they are seen as the threat. What if the Black man you love is depressed, has PTSD, or suffers from anxiety but is undiagnosed? Who can he tell, as a man, that he feels alone or scared? When one is perceived as a criminal, he stops being a human being with fears, feelings, and even failures.

But the worst part of being a Black Man who society sees as a criminal is he NEVER gets the emotional and mental support and resources he needs that other populations do—including Black Women. Black Men are people too and deserve support and empathy just like everyone else," says Dr. Reese.

In "Healing with Him," Dr. Reese sends out a clarion call to women of color to be the change agent for these woes. She invites sisters who love Black men and are committed to generational wealth and restoration of Black families to heal our trauma. Black men then have the space to recover in this judgment-free zone as they rise to be regarded simply as human beings in this great nation. 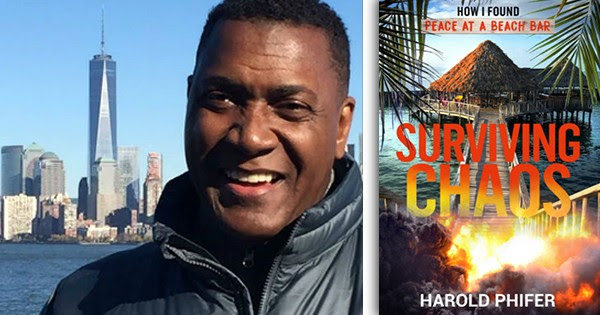 Harold Phifer has announced the publication of his second book, a collection of autobiographical short stories exploring his sad and often appalling upbringing in Columbus, Mississippi.  Kept secret for more than 50 years, Phifer’s childhood was largely forgotten until an explosion during a job in Afghanistan forced him to take some time off to recover in a paradise beach resort in Thailand.
While there, he met an unusual but compassionate stranger who pulled him into a long discussion about his experiences growing up. Hours later, Phifer finally found a measure of peace from the ghosts of his past and began planning out the stories that would later appear in Surviving Chaos. The book is available for purchase via Amazon, Barnes & Noble, and Audible.  For More Info Click Here

Posted by Dadpreneur Productions at 2:21 PM