Why Have Hundreds Of Rappers Died In The Last 2-Years Despite Rap Music's Rich Legacy From Our African Griot Tradition? 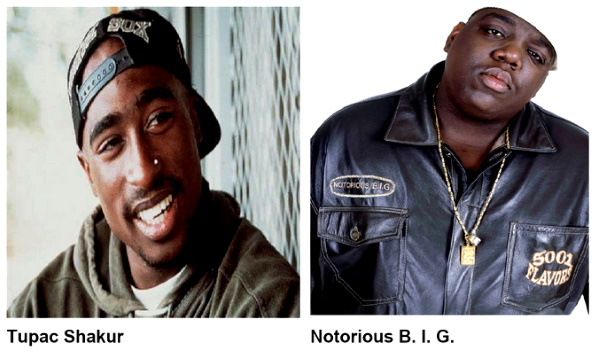 Article On The Early Deaths of Rap Artists Despite The Art Form's Rich Cultural Legacy Continues After Sponsor's Messages Below...
Please Support Our Ad Sponsors Who Make This Community News Blog Possible. And Don't Forget To Tell Them You Saw Their Ad in The Scoop!

To become informed on how to take advantage of 2 of the hottest emerging fields of eco-friendly real estate click here for more info or visit Shipping Living
Article & Videos On The Early Deaths of Rap Artists Despite The Art Form's Rich Cultural Legacy Continues Below...
Hambone! Hambone!
Hambone, hambone where you been? I've been round the world and I'm going again. Hambone, hambone what did you see; the whole wide world was looking at me. Hambone, hambone in the pot; can't eat hambone until the soup gets HOT!
Well hambone, hambone have you heard, Mama's gonna buy me a mockingbird.  And if that mockingbird don't sing, Papa's gonna buy me a diamond ring. And if that diamond ring don't shine, Mama's gonna take it to the five and dime Hambone. And if that five and dime goes broke, Mama and Papa gonna buy me a billy goat Hambone. Hambone, hambone in the pot; can't eat hambone until the soup gets HOT! (Revised Oral Lyrics, Red Road, SC, circa 1950s).
Watch "Hambone - Steve McCraven" on YouTube. See The Video above ^.
Unfortunately, in America today, our African American journey brings us to hundreds of rappers (modern day griots) who have died tragically and violently since the passing of Tupac Shakur (September 1996) and Notorious B. I. G. (March 1997).
Rappers Who Accurately Predicted Their Own Deaths
According to Capital XTRA, 7 rappers accurately predicted their own deaths. These amazingly talented rappers who thought that they would have shorten-collective lives from 1971-2015; so sad and regrettably only 44 years, are as follows: Tupac Shakur (June 1971- September 1996), Notorious B. I. G. (May 1972-March 1997), Big L (May 1974 –February 1999), Lisa ‘Left Eye’ Lopes (May 1971-April 2002), Proof (October 1973-April 2006), Dolla (November 1987-May 2009), and Chinx Drugz (December 1983- May 2015).
See 2015 Murdered Hip Hop Musicians and Their Deaths of 51.5%. Click here
And on March 31, 2019, popular and community-minded American rapper “Nipsey Hussle,” Airmiess Joseph Asghedom (1985-2019), was shot dead outside his neighborhood Marathon Clothing Company store, Hyde Park, Los Angeles, California. The murderous killings by guns did not stop with Nipsey Hussle’s untimely death.
“200 Rappers,” Who Died in 2020
Rapper Pop Smoke," Bashar Barakah Jackson (1999 – 2020), Brooklyn drill music (Canarsie), Brooklyn, New York, was tragically shot and killed on February 19, 2020, in Hollywood Hills, Los Angeles, California. "Welcome to the Party, Meet the Woo (1&2), and Dior" were Three of Pop Smoke's most popular songs. --- Kamau Austin, Scoop Publications. Sadly, according to “YouTuber, Hip-Hop Universe,” Pop Smoke was 1 of “200 Rappers,” Who Died in 2020.
Rappers Who Died in 2021 by Chelsea Stewart, September 4, 2021, Showbiz CheatSheet
These rappers were: Baby Ceo (Jonathan Brown, cardiovascular disease, age 27), 18veno (Paul Harts, shot and killed, age 19), Prince Markie Dee of The Fat Boys (Mark Anthony Morales ,congestive heart failure, age 52), Chucky Trill (Corey Detiege, shot and killed, age 33), DMX (Earl Simmons, heart attack, age 50), Black Rob (Robert Ross, cardiac arrest, age 52), Shock G (Gregory Jacobs, unknown cause of death, age 57), Lil Loaded (Dashawn Robertson, suicide, age 20), and Biz Markie (Marcel Theo Hill, diabetes, age 57).
Now, What is Rap Music All About?

Whether you like the poetic words or not, the lyrical utterances of rap and its musical accompaniment are here to stay for a while. Why? Because ever since the creation of mankind, special words, rhythms, or sounds have been used by human beings to express a particular emotion or to name a person, place, or thing. It is safe to say that all languages have a name for the sun, moon, stars, and water. It is also fair to assume that all languages have a traditional statement, phrase, or vernacular for telling an acquaintance goodbye (arrivederci, au revoir, adios, auf wiedersehn, etc.). In like manner, the so-called lyricists of rap are not only saying their goodbyes, but more importantly, they are speaking to those of us who are willing to listen. Hello!  Are you there? The persnickety melodies of rap music are pervasive tones of Homo sapiens!
Yes! “We, the young hopefuls of this era have something to tell you; will you listen?” Maybe in this modern age of computers, answering machines, e-mail, beepers, and cellphones, our youths are trying to tell other humans that they need to have a talk. Educator and family-care professional Deborah Walker-Little of Norcross, Georgia, concluded that “a person who raps is telling his or her own story and hoping frantically that other people are listening.” Frankly, the task of finding a clear and concise explanation for rap is as elusive as its actual origin. The audiences of popular music believe that either rap has no generic beginning or that rap music is a derived entity, entwined with other musical compilations — karaoke, calypso, rock ’n’ roll, rhythm and blues, pop, hip-hop, country, rock, reggae, soul, jazz, and musical slang, etc.
However, the comments about this repetitive juggernaut do not stop with an empirical investigation into the emergence of rapping. Teenager Khristopher Miller (1996), a junior at Cedar Grove High School in Ellenwood, Georgia said, “Listening to rap music is the in thing to do for some people.” Khris, who was one of Cedar Grove High School’s drum majors, summarized that young people listen to rap because they like to hear the rant of rhythmical beats, rhyming lyrics, and music to dance by. Khristopher Miller, along with other members of this young generation, said that high school teens listen to rappers because of peer pressure and the absence of parental communication.
Another observation of this style and type of popular music is the vocalists’ usage of repugnant speech during a song. Such horrid renditions often appeal to a number of listeners. However, many rap enthusiasts would rather hear musical compositions without profanity and vulgarity. Now you know, and that is what rap music is all about.
Adults and parents, please try to listen and communicate with society’s greatest resource — our children, your sons and daughters. Besides, the day of reckoning is certainly upon us. Truly, the rapid calls and responses of this raspy-loquacious repertoire must be answered by all individuals, especially parents. I willkommen (welcome) you to the intractable world of adolescence.  --- Read Between the Lines, Windows of Recourse: Provocative Essays for Saving Our Children, Dr. Charles L. Singleton, 1997, 2019. Click here.
“Somebody's Gotta Do Something,” Troy Ramey And The Soul Searches, Atlanta, GA
Somebody's Gotta Do Something - Troy Ramey & The Soul Searchers, "Somebody's Gotta Do Something" See Video Below...
We Must Eliminate Senseless Rage by Reducing Violent Behaviors, Making Better Decisions, Living Longer and Willfully Improving Our Mental Health: Individual and Group Counseling Can Help. Please contact Felicia Brown at Leap For Joy Counseling.

And, in Florida, Felicia writes, “For my full-time employment, presently, I am a Senior Program Manager with Orange County Government Youth and Family Services. As a business owner, I am the CEO of Leap For Joy Counseling, LLC., a Professional Faith-Based Counseling Private Practice, where we are Counseling and Coaching Youth and Families to be Healed Healthy and Wholly! 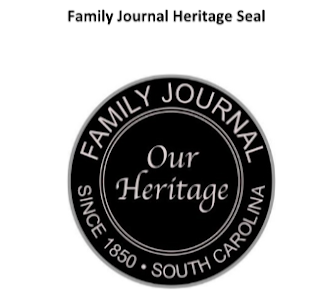 Posted by Dadpreneur Productions at 12:47 AM