Discover How Fred Harris, A 19-Year Old Black Youngster With Special Needs, Was Murdered In A Texas Jail Cell 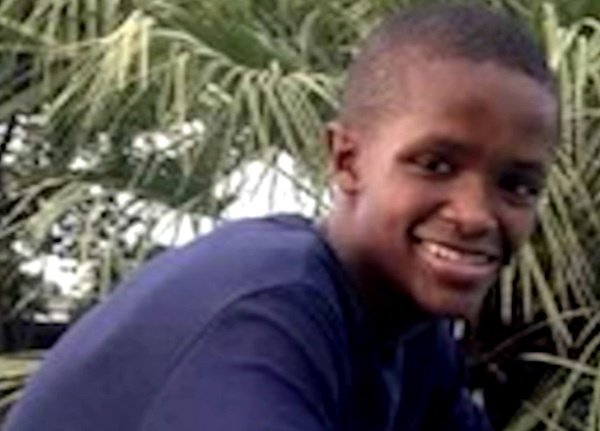 Written By nZinga And Kamau Austin, Co-publishers Scoop Publications
Fred Harris was a 19 year old boy with special needs.  It has been reported by friends and family that he was a friendly and liked young man despite his mental challenges. It was claimed in some media sources that Harris was in a group home.

For some reason supporters claim Fred had a knife in his hand and seemed to feel threatened by someone.  It may be that he was afraid of something and maybe somebody bullied him in our experience.  Many times people with special needs are made fun of and often bullied.
This happened in ironically Harris County, Texas near Houston.  The police were called on Fred Harris, and they arrested him and took him to "a holding cell on the third floor of the 1200 Baker Street jail around 11:16 p.m" according to Click 2 Houston local news.  Different media sources give various details on where actually Harris was arrested.  But it is claimed he was brought into jail October 11th.  See The Family And Legal Press Conference for Fred Harris below...
Article On The Murder of Fred Harris Continues After Sponsor's Messages Below...
Please Support Our Ad Sponsors Who Make This Community News Blog Possible. And Don't Forget To Tell Them You Saw Their Ad in The Scoop! 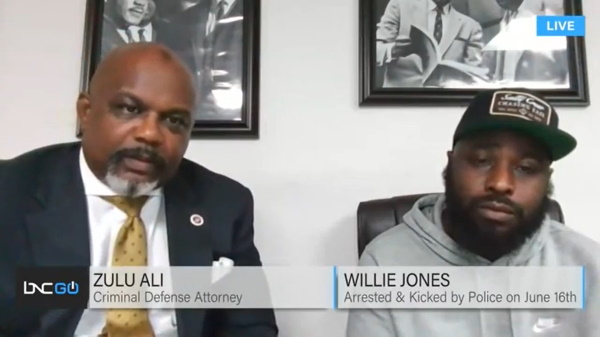 Willie Jones, a motorist who was kicked in the head after surrendering to a San Bernardino County Sheriff’s Deputy is pursing a complaint against Deputy Sheriff Corie Smith and San Bernardino County Sheriff’s Department for police misconduct, civil rights violations, and injuries sustained as a result of the assault, says his attorney, Zulu Ali of the Law Offices of Zulu Ali & Associates, LLP in Riverside, California.
On June 16, 2021 in Victorville, California, Willie Jones, a Black motorist was surrendering after an allegedly driving at high speed and later complying with orders of San Bernardino County Deputies by laying prone on his stomach when Deputy Corie Smith kicks Mr. Jones in his head twice while another deputy placed his knee on Mr. Jones’s neck.  The incident was captured on a surveillance camera at a dealership in Victorville, California.  For more info click here 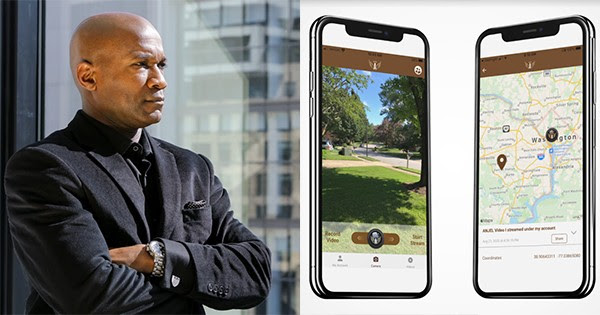 James A. Samuel, Jr., is a Black veteran who has launched a new app called ANJEL Tech that turns any smartphone into the world’s most powerful bodycam during confrontations with the police. James said that he became tired of raising kids in a world that forces them to understand they’re unsafe in their skin before they even learn their ABCs.

In past weeks in April, the world has been watching Derek Chauvin on trial for murder charges for the killing of George Floyd; seeing news about 2nd Lt. Caron Nazario, who is Black and Latino, getting pulled over by two police officers in Windsor, Virginia; and the killing of Daunte Wright at the hands of police. And these only are a few of too many stories of Black people being racially profiled and fearing for safety when being pulled over by police.

ANJEL Tech is an innovative solution to increase safety and peace of mind in the Black community. The app is secure, mobile, and cloud-based. James says that he created it because he’s passionate about preventing your loved ones from becoming another painful statistic. "Body cams can’t just be for police," he says. "So I created ANJEL Tech to enable a person’s phone to act as a body cam and a lifeline to loved ones to increase safety and accountability." For More Info Click Here

Article On The Murder of Fred Harris Continues Below... 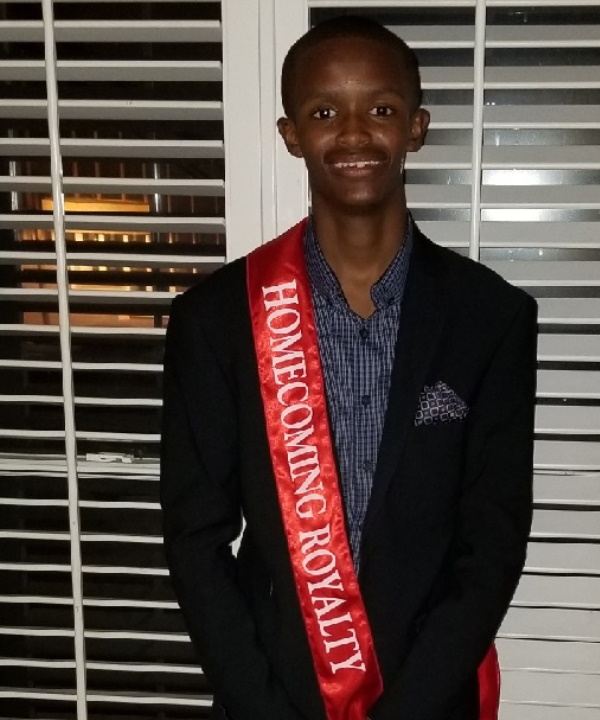 Ms. Harris came to the jail where her son Fred Harris was being held and his mom pleaded with the authorities there " Please do not let my son be in a cell with an Inmate." The  authorities said "We will do everything we can."
Dallas also claims "When I first learned my son was in jail, I came down immediately and told them this was not a place for him," she explained. "I spoke with the deputy, we called the medical staff and I didn’t leave until I got some answers. When I left, they said my son would be OK and that they would handle this. We are here now, a couple of days later and this wasn’t handled."
Click 2 Houston reported "According to the Harris County Sheriff’s Office, Fred Harris was beaten and stabbed by Michael Ownby, 25, in a holding cell on the third floor of the 1200 Baker Street jail around 11:16 p.m. Friday."  It was a awful beating in which the young and slightly framed Harris never had a chance.

Media outlet Click 2 Houston also revealed "It was not immediately known what led to the altercation between the two men, but according to court documents, Ownby stabbed Harris with “a weapon made from a sharpened eating utensil,” in addition to kicking Harris in the head and smashing his head against the concrete floor."

Fred Harris, according to friends, family, and people who knew him, was never arrested before this incident.  Harris was known to be friendly person who loved to dance.  Dallas Harris, Fred's mother shared "Fred was a super loving kid. He had a way about himself, a poise about himself. He loved to dance.

He wanted to fit in more than anything,” she said. “It feels unreal. If you guys met him, you would love him. He danced his way into everyone’s heart. Everybody loves Fred and we will get justice for Fred."
The bottomline is authorities in the criminal justice system didn't adequately protect the life of Fred Harris.  He was only 98 pounds and they put him in a cell with an inmate who was very violent and weighed about 240 lbs.  His attacker also had a knife like sharp weapon.
While some people claim the jail was understaffed and point to this tragedy as a cautionary tale against "defunding the police."  We on the opposite side of the issue feel this supports giving more resources to social services type people and organizations to help citizens the police have little training to handle.   We at least need more police officers and those in the legal profession to take more considerable care for special needs kids or people with mental and emotional challenges.
nZinga Austin, co-publisher of the Black News Scoop, a young lady on the autism special opined "I do not think any person with special needs should be in jail even if they are out of control or having an emotional breakdown . They should have sent this young man with low IQ mental challenges to a hospital or mental health institute."
Fred was purported to be a kind and friendly teenager.  A person most people would like to meet.  People in his school are going to commemorate his life.

It is also reported in various Houston local media Fred, who was 1st pronounced brain dead from his head injuries, that his organs i.e. his heart was donated for medical reasons.  Different news sources detail divergent information on who gave clearance to donate his organs.

This is a tragic story all around that didn't make the national news.  It is as if the legal system and major media didn't value Fred Harris' life and horrific death.  However, we at the Southeast Queens Scoop value the life of Fred Harris and plan to use social media and independent Black Media platforms to tell his story.
The Southeast Queens Scoop, will stand as a voice for the voiceless and for our collective empowerment no matter what the person's social status.  Fred is dead and hopefully with his heart in the right place will live on.

He is a person of value and his memory, if we have anything to say about it will be remembered and honored.
The justice system should be taken to task and possibly those in charge fired or arrested because what happened to Fred Harris was irresponsible and just insensitive and downright cruel.  Did those in charge set Harris up to be killed?  Because that would be another example of systemic evil and injustice in the US legal system towards Blacks.
This is not the first time people with challenges where beat up and hurt in the custody of law enforcement.  In the past we've seen a video of a young guy with Down syndrome getting beat up by the police.   On another occasion there was a girl we saw on a video with autism who got choked by the police while the cops yelled at her and said " Where's your address!"
Why did Harris County authorities put a slim Black teenager with special needs with an older large white prison inmate with a history of attacking people and even prison guards. Maybe some of the guards where racist or insensitive and their hate, apathy or incompetence resulted in the horrific end of Fred Harris' life.  Who knows, but we will continue to try to get to the bottom of what happened to Fred Harris.
Writers Bios

Posted by Co-owner and community events coordinator, Nzinga Lonstein Austin, is a prolific award winning blogger who writes on the entertainment industry and issues for people with developmental and physical challenges.
She is presently in tech school looking to have a career in video, film, and media. You can see more of her entertainment writing on Lonstein Movies.

Writer's Bio:  Writer Kamau Austin, is the award winning Publisher of the Black News Scoop and Scoop Publications, a division of AMS Digital Media.  He is a long time activist, entrepreneur, and author.  Austin has been featured in Black Enterprise, Fortune Magazine Small Business, CNN, radio, cable, and countless newspapers and blog sites.
Get Promotions Or Products To Enhance Your Business or Life Below

Posted by Dadpreneur Productions at 11:57 PM

Email ThisBlogThis!Share to TwitterShare to FacebookShare to Pinterest
Labels: The Killing of Fred Harris In A Texas Jail