Checkout How: We Can Respect And Help Haiti

HAITI, I THINK OF YOU

By Dr. Charles L. Singleton
Historically speaking, every time I think of Haiti's indigenous Taino (Caribbean) people of South America, the name Christopher Columbus (December 5, 1492) comes to mind. Upon arriving in this most populous country in the Caribbean, Columbus thought that he was in India or China.  Today's estimates of Haiti’s population are 11.4 million people, according to various encyclopedia sources.
Overtime, Spain (early 17th century) made Haiti an integral part of the Spanish Empire (La Española). In 1697, the French portion of West Haiti (Saint-Domingue), France 'profitably colonized' sugarcane plantations by using thousands of slaves who were captured in Africa.

Thus, creating one of the riches colonies in the whole-wide world. However, during the French Revolution (1789-1799), the first Black general of the French Army, Toussaint Louverture led free Haitians and slaves successfully (1789-1804), while defeating Napoleon Bonaparte's army. Then in 1804, Jean-Jacques Dessalines (General-Emperor) solemnly proclaimed Haiti as a sovereign nation of South America and the Caribbean; the first country in the Americas to abolish slavery.

Article & Video On Supporting Haiti During National Crisis Continues After Sponsor's Messages Below...
Please Support Our Ad Sponsors Who Make This Community News Blog Possible. And Don't Forget To Tell Them You Saw Their Ad in The Scoop!

To become informed on how to take advantage of 2 of the hottest emerging fields of eco-friendly real estate click here for more info or visit Shipping Living
Article & Video On Supporting Haiti During National Crisis Continues Below...
Historical Note: All of Haiti's first political leaders were former slaves. The first President of Haiti was one of its founding fathers, Alexandre Petion, March 9, 1807 - March 29, 1818. After Haiti was momentarily divided, Jean- Pierre Boyer for a time helped to bring all of Hispaniola together under a Haitian government; following repeated wars that ended in the 1870s after Haiti recognized an independent Dominican Republic. Then for another 100 Plus years of independence, Haiti struggled politically, socially, and international exclusion: numerous economic problems, extreme poverty, and financial setbacks (1915-19-34).
Following a series of presidential absolute failures, autocratic Presidents, Francois "Papa Doc" Duvalier (1956) and his son Jean-Claude “Doc” Duvalier (1986) led Haitians under repeated periods of civilian 'state-sanctioned violence,’ economic corruption, and a plethora of instabilities. Moving forward, since1986, thirty-five years, Haiti has been willfully trying to democratize its political system of government. Today Haiti is a member of the United Nations, International Monetary Fund, Organization of American States (OAS), and various other national and international organizations. However, recently the 21st century coup d'état overthrow/takeover governmental attitude still exist today in Haiti, which involved the viciously brutal assassination of Jovenel Moïse on July 7, 2021.
Meanwhile, Haiti's numerous environmental problems are continuing almost seasonally: devastating hurricanes and earthquakes 2010- 2021; most recently a 7.2 magnitude earthquake, and high cases of COVID-19, August 14, 2021 (Wikipedia and Media Sources). Haiti’s destructive Earthquake, January 12, 2010, killed over 250,000 people (about half the population of Wyoming), and made 1.5 million people homeless. So sadly, most of Haiti's infrastructure and abundant 'cultural heritage' were destroyed completely beyond existence (Microsoft Bing).
Yes, Haiti I think of You when I listen to these lyrics by Sam Cooke, Eddie Huffman and the Soul Stirrers, "I'm like a ship that's tossed and driven, battered by an angry sea, when the storms of life keep on raging, Father, remember me." And Bill Withers sings, “Lean on Me.”  See Below...
I am also reminded of Jamaican political activist, founder and first President-General of the Universal Negro Improvement Association and African League (UNIA-ACL), Marcus Garvey (1887-1940). Garvey once wrote to Haiti's President Louis Borno (1865-1942) on August 3, 1924, and said these words, "Long live free and independent Haiti, the pride of the black race of the western world." Because Jamaican Lubert Levy Sings Roll Jordan. See Video Above
Want to help? Consider supporting these credible organizations - The Haitian Times. Read here to review and select a credible organization to financially support Haiti. Click here
Haiti Needs Your Help. Please Donate. Click here
Thank You.
Contact Editor of The Family Journal, USA & Overseas at. lucky713j@gmail.com 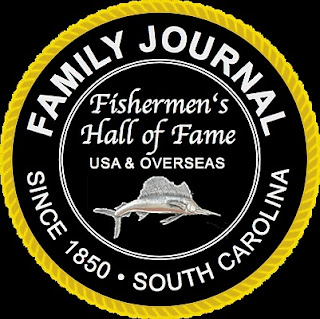 Checkout This Essential Quarantine Reading
Get RICH While Black...
Without Being An Athlete, Entertainer, or Drug Dealer

Black wealth is only 10% of white wealth now. Do you know Black wealth is projected to have a median income of zero by 2053?
How can we survive a global economic crisis driven by the Coronavirus with little wealth to fall back on? Get the scoop on how highly successful entrepreneur Chuck Starks, who built one of the fastest growing US businesses, looks to show us how to survive economic downturns in his new book: "Get Rich While Black... Without Being An Athlete, Entertainer or Drug Dealer".
Checkout My Exclusive Interview with Author Chuck Starks Click Here
----------------------
Are You Looking To Reach Over 828,872 Prospective Black Customers Online Profitably? Let's Do it!

Posted by Dadpreneur Productions at 2:18 AM