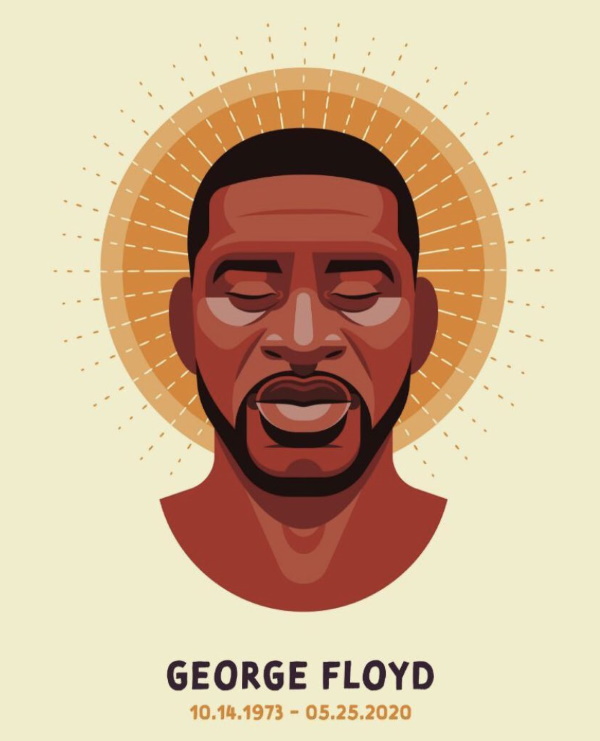 Written By Kamau Austin, Publisher Scoop Publications
Today is the one year commemoration of the murder of George Floyd.  As many people in the world are aware George Floyd died at the hands or more accurately under the knees of Minneapolis police on May, 25th, 2020.
No doubt billions of people have seen the brutal horrific act of then police officer Derek Chauvin pressing his knee on George Floyd's neck for a reported 9 minutes and 29 seconds -- until he stopped breaking.

The traumatizing act of seeing George suffer an excruciating death under the knee of Derek Chauvin, and also the knees of other police officers pinning him to the ground - galvanized people all over the world to protest police brutality!  Derek Chauvin, despite a lot of police tactics to blame Floyd's death on his drug usage, enlarged heart because of hypertension, and even exhaust fumes was convicted in a highly charged nationally telecast court case.  But on the sobering anniversary of his death what is our best way to remember his death?

Article On The Best Way To Remember George Floyd Continues After Sponsor's Messages Below..
Please Support Our Ad Sponsors Who Make This Community News Blog Possible. And Don't Forget To Tell Them You Saw Their Ad in The Scoop!

To become informed on how to take advantage of 2 of the hottest emerging fields of eco-friendly real estate click here for more info or visit Shipping Living
Checkout This Essential Quarantine Reading
Get RICH While Black...
Without Being An Athlete, Entertainer, or Drug Dealer

Black wealth is only 10% of white wealth now. Do you know Black wealth is projected to have a median income of zero by 2053?
How can we survive a global economic crisis driven by the Coronavirus with little wealth to fall back on? Get the scoop on how highly successful entrepreneur Chuck Starks, who built one of the fastest growing US businesses, looks to show us how to survive economic downturns in his new book: "Get Rich While Black... Without Being An Athlete, Entertainer or Drug Dealer".
Checkout My Exclusive Interview with Author Chuck Starks Click Here
Article On The Best Way To Remember George Floyd Continues Below... 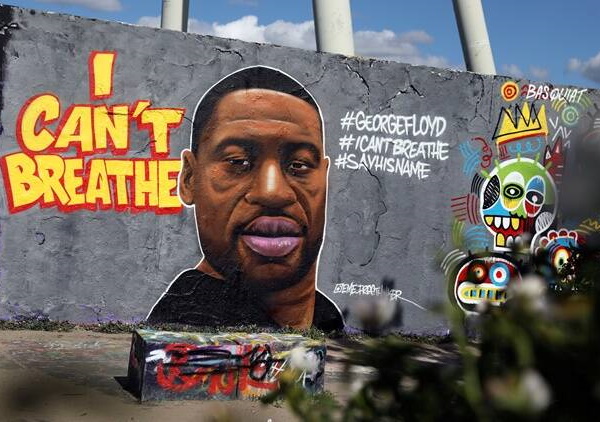 As a person who has been an activist and advocate for racial justice almost 4 decades I'd like to chime in on the best way to remember George Floyd, in a positive way.  There are many brilliant and insightful people who have remembered and weighed in on the sacrifice and symbolism of George Floyd's death.
Much of it is profound and provocative.  However, I'm a practical thinker.  I feel one of the best ways we can honor George Floyd's is committing ourselves to more unity of action and purpose.
What concerns me as I observe activism in this world of social media, smart phone video technology, and independent media platforms is disunity driven by click bait media personalities and beefing to drive Internet traffic.
Sure as long as I have been an activist there have been diverse voices and beefing between Black and progressive activists.  This goes back to the WEB Dubois, Marcus Garvey, and Booker T. Washington debates.
However, as the major white media obviously used beefs between Black leaders like Rev. Dr. Martin Luther King Jr., and Min. Malcolm X, for ratings and to derail Black progress -- the Black freedom movement grew to avoid being divided and conquered.  Dr. King and Malcolm began to understand and look to support each other before they were killed.
However, today we see a lot of persons claiming to be pro-black on some level spend a lot of time on Youtube and social media platforms primarily attacking each other.  While this may build some people's views and followers in the short term and make them virally famous -- can it actually derail and stall Black progress in the long term?
I think so and I think it has to do partly with the impersonal nature of online communications.  In the old days of grassroots organizing many times different groups would run across each other often in the community.
Sure, some leaders would compete with each other for media attention, followings, and in some cases couldn't stand or trust each other "back in da day."  However, the fact that we had to rub shoulders with each other, speak to each other in person, and organize together we had to have some decorum - due to more interpersonal interaction.
Organizations and leaders kept their beefing more undercover and out of the watchful opportunistic eyes of the major media.  Creating Youtube channels or social media groups that grow exponentially on hyping up controversial beefs and petty squabbles between Black leaders or media personalities isn't going to advance our causes.  These acrimonious beefs and arguments, based mostly on personal egoistic attacks, only fervent division and emit a toxic ethos around the necessary Black activism and advocacy.
Let's honor the tremendous symbolic sacrifice of George Floyd and his family by avoiding beefing. Why don't we focus more on the issues at hand like police brutality, economic apartheid, gender respect, and fairness for all members of our diverse Black community and avoid the controversial interpersonal attacks between social media talking and typing heads? Please don't fall into the divide and conquer strategies of anti-black forces today online ironically of every shade and color.

Writer's Bio:  Writer Kamau Austin, is the award winning Publisher of the Black News Scoop and Scoop Publications, a division of AMS Digital Media.  He is a long time activist, entrepreneur, and author.  Austin has been featured in Black Enterprise, Fortune Magazine Small Business, CNN, radio, cable, and countless newspapers and blog sites.
Get Promotions Or Products To Enhance Your Business or Life Below

Posted by Dadpreneur Productions at 1:19 AM

Email ThisBlogThis!Share to TwitterShare to FacebookShare to Pinterest
Labels: The Best Way To Remember George Floyd