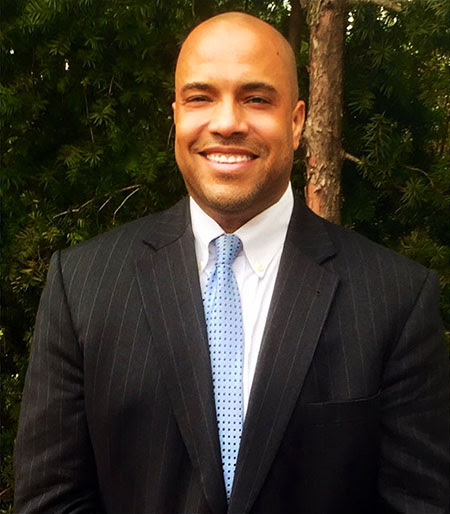 On Friday, Mr. Lewis added a defamation and Judiciary Law 487 claim against Littler Mendelson P.C. ("Littler") - one of the largest employment law firms in the world - based on the gross misconduct of partner S. Jeanine Conley. Lewis alleges that Pierce Bainbridge, Littler, and Putney Twombly "acted in concert to defame Lewis on a massive national scale in order to cover up Pierce's financial malfeasance and in order to silence Don Lewis."

Lewis, a double Harvard graduate, who was the only African American attorney and partner, blew the whistle on illicit and immoral activity. Pierce reportedly engaged in financial self-dealing, inflated case values to dupe firm investors, unethically provided gifts to manipulate firm clients and siphoned funds from the firm's bank account.

The Pierce Bainbridge Managing Partner reportedly used firm funds as a personal piggy bank to pay his taxes (approximately $1.5 million in tax liens), pay his and alimony ($21,000/month obligation), and support his substance abuse, all while failing to pay Pierce Bainbridge debts as they became due. According to Lewis, "Pierce is drowning in personal debt and booze, and relying on his con-man's gift of gab to induce others to willfully participate in his gross malfeasance."

Lewis joined Pierce Bainbridge in June 2018, as an Equity Partner and Co-Founder of the New York Office and consistently received glowing praise from his peers. The very next day after Lewis blew the whistle, Pierce, relying on offensive racial stereotypes, immediately fabricated allegations of sexual misconduct and imposed a lifetime gag order on all firm personnel vis-à-vis communications with Lewis. The Cover-Up commenced in earnest.

Former NYPD detectives have reviewed the subsequent sham investigation undertaken by Yim and Putney Twombly and concluded almost immediately that it was a farce. Fueled by integrity, Lewis persevered through threats of bogus criminal charges and the backlash from the "MeToo" movement, a cause which Lewis fully supports.

"The irony of a rank misogynist like Pierce exploiting the #MeToo movement cannot be overstated," Lewis observed. Littler's Conley even tried to silence Lewis threatening that her client would defend and public lawsuit "vigorously" and Mr. Lewis would be "[unable] to clear his name forever - particularly with any law firm he may want to work for in the future - regardless of the outcome."

"When I learned the firm was a financial house of cards, the product of smoke and mirrors, I had to speak up. Pierce is so narcissistic, and his mind so muddled by substance abuse, he defamed me in unspeakable and craven fashion to an audience of tens of thousands, including classmates of ours from Harvard Law School. Littler and Putney Twombly have inexplicably supported and encouraged Pierce's despicable misconduct."

Lewis' initial Complaint, filed May 16, 2019, alleges that Pierce Bainbridge duped litigation funder Pravati Capital LLC ("Pravati"), whose investment helped fuel early expansion. After Lewis' complaint was filed, the firm publicly portrayed a rosy relationship with Pravati. As it turns out, however, UCC liens indicate that Pierce Bainbridge "defaulted" on the Pravati funding agreement to the tune of over $9.1 million.

Lewis stated that his former firm partners "put a price tag on their human decency" and he characterized their conduct as "disgraceful." Lewis continued: "Mr. Brickman and I will keep pushing forward with facts and their day of reckoning will come; as I have said from day one, the truth always rises to the top."

While the details of this seminal case have received significant coverage by the law media, the general public needs to be apprised. For more information, contact Neal Brickman, of The Law Offices of Neal Brickman, P.C.: Neal@Brickmanlaw.com

About Don Lewis
Don Lewis, Esq, is a graduate of Harvard University and Harvard Law School. He honed his diverse skills for practicing law at one of the most demanding law firms in the world, Skadden, Arps, Slate, Meagher & Flom LLP, as well as at the dynamic, challenging, thrill-a-minute, and internationally recognized WeWork Companies Inc. The astute attorney's high-end training, as well as his natural gift for bridging the gap between clients and their need for institutional support on complex matters, has been the foundation for his successful career.

Posted by Dadpreneur Productions at 4:56 PM