State Senator James Sanders Jr. (D-Rochdale Village, Far Rockaway) today condemned the mass shootings in Texas and Ohio that occurred over the weekend, and cited concerns that President Trump’s racist rhetoric against minorities and people of color may have been responsible for spurring at least one of the two incidents. “President Trump has divided this nation. His hateful messages against immigrants, minorities, women and any group that is not white men, is disturbing. It has caused the spread of white nationalism and set race relations in our country back several decades. That combined with his lax views on gun control have led us to this moment.” The alleged gunman in the shooting at a Walmart in El Paso, Texas, who killed 20 people and injured a dozen more, Patrick Crusius, 21, described his racist motive for the crime in a manifesto in which he stated, “this attack is a response to the Hispanic invasion of Texas.” Many Mexican people reportedly cross the border to go to that Walmart to do their shopping before returning to their country. The alleged gunman also stated in the manifesto that his views “predate Trump.” However, they were probably exacerbated by Trump’s words, Sanders contends. 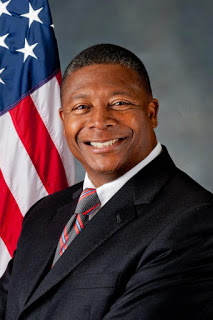 “We have a President, who on many occasions, referred to Mexican people as drug dealers and rapists, a President who advocated for building a wall to keep these so-called dangerous people out, and then we wonder why a young man would develop hatred that would fester to the point that he would commit such an unspeakable act,” Sanders said.


Just hours after the shooting in Texas, another mass shooting occurred outside the Ned Peppers bar in Ohio. The alleged gunman Conor Betts, 24, killed nine people including his own sister and injured 27 others, before he was killed by police, 30 seconds after the first shot was fired. The motive is still not clear, but what is known is that Betts was heavily armed, wore a bulletproof vest and carried 100-capacity ammunition magazines during the attack.

“There is no reason why any civilian should be able to get their hands on this type of weaponry or extreme amount of ammunition,” Sanders said. “It can serve no reasonable or law-abiding purpose.”

While President Trump, after the shootings, stated the need for strengthening background checks for people seeking to obtain weapons, and improving medical treatment for the mentally ill, Sanders believes that is not enough.

“The President must not only strengthen gun laws, but also lead by example, and consistently remind citizens that violence is wrong and that whenever possible, people should try to work out their problems peacefully,” Sanders said. “How can he stand before the citizens of this country and tell them that we will not tolerate hatred, when he constantly spews hate? It’s a clear case of do as I say not as I do.”

Posted by Dadpreneur Productions at 4:36 PM