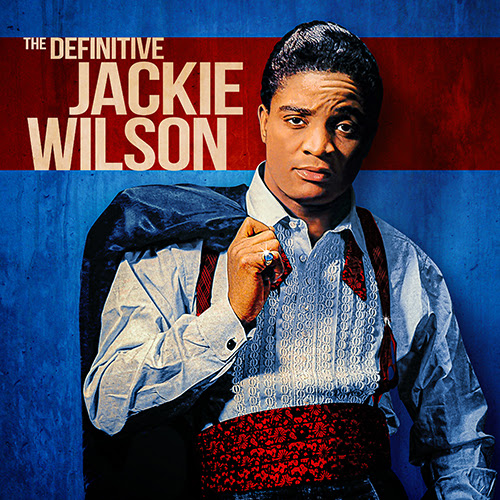 Nationwide --  Harlean Harris Wilson, 81, was scheduled to make the acceptance speech at the presentation of a Star on the Hollywood Walk of Fame for her late husband, the legendary Detroit-born singer Jackie Wilson, September 4, 2019 in Hollywood. However, she passed away unexpectedly this past Saturday and in her place their son John Wilson will accepted the award for his father.

Speakers and guests set for the ceremony include Berry Gordy, Smokey Robinson, Marshall Thompson of the Chi-Lites, and Jackie's Goddaughter Jody Watley will be among those attending.

"Though we are deeply saddened that Harlean will not be with us physically to accept Jackie's star on September 4th, we are certain that she will be there with Jackie in spirit. Harlean Wilson, was a beautiful woman inside and out who lived her life with tremendous grace and dignity and was loved by us all," said Paul Tarnopol of Brunswick Records.

Prior to her unfortunate death, Harlean was involved with a forthcoming authorized biography and a documentary film about Wilson, a two-time Grammy Hall of Fame Inductee, a winner of the Rhythm and Blues Foundation's special Legacy Tribute Award and Roll Hall of Fame recipient. She was very excited about the release of a 50-track compilation of remastered hits, The Definitive Jackie Wilson, available on Spotify, Apple Music, Pandora, and all other major digital platforms.

Less than two weeks ago, esteemed music journalist Jeff Tamarkin spoke with Harlean about her life, the forthcoming projects and Jackie Wilson's legacy. The following is her story:

More than 35 years after his death, Jackie Wilson - one of the greatest soul singers of all-time and a second-year inductee into the Rock and Roll Hall of Fame - is getting some overdue recognition, and no one could be more pleased about that than his widow, Harlean Wilson. On September 4, 2019, Jackie - known in the music business as "Mr. Excitement" - will be recognized with a star on Hollywood's fabled Walk of Fame. For Harlean, the honor is the culmination of decades of tireless work keeping the late entertainer's name in front of the public - and protecting both his legacy and her own.

"I'm so elated for him, so ecstatic about my husband getting this star," says Harlean. "That title Mr. Excitement wasn't just given to him; he worked for it."

Harlean Harris - her maiden name - was only a teenager in the early 1950s when she first came across the name Jackie Wilson. Born in White Plains, New York, in 1937, she had been serving as the president of the Billy Ward and the Dominoes Fan Club when the rhythm and blues vocal group announced that its lead singer, Clyde McPhatter, was leaving to join the Drifters. Harlean, along with many other fans, was upset by the news that a young unknown named Jackie Wilson would be taking his place.

Then Harlean went to Harlem's famous Apollo Theater, where she heard Jackie sing. "I had never heard a black entertainer sing on Jackie's level, at all," she says. "Nobody had." At first she remained solely a fan but then one day she received a call from Jackie, who had seen her picture on the cover of Ebony magazine - Harlean was modeling at the time - and remembered her from the fan club. Jackie and Harlean (who had previously dated Sam Cooke and Sammy Davis Jr.) became a couple and several years later, in May 1967, they were married.

By that time Jackie Wilson had long ago launched a solo career and logged hit after hit, both uptempo numbers and ballads, including such timeless smashes as "Lonely Teardrops," "That's Why I Love You So," "Night" and "Baby Workout." Just months after the wedding, he scored his final Top 10 single, "(Your Love Keeps Lifting Me) Higher and Higher." In a business that chewed up artists and spit them out, Jackie Wilson's popularity never flagged - onstage he was a virtual dynamo, as charismatic a performer as any, while in the studio he was capable, says Harlean, of "singing anything."

Jackie, she adds, owed much of his commercial success in the music business to his dedicated producer at Brunswick Records, Nat Tarnopol, who was also the head of the label and had originally brought Jackie to New York from their shared native city of Detroit. Unlike many other African-American entertainers of the day, Wilson was treated fairly by Brunswick and Tarnopol, says Harlean, but outside of the confines of the company, that wasn't always so: The singer and his wife were often subjected to painful, vicious rumors and untruths, legal entanglements and other indignities, including women who claimed to be linked with Jackie romantically and, later, both men and women claiming to be his children. One crazy, completely fabricated story that persisted for some time had Jackie being held outside of an upper story of a building upside down by thugs until he agreed to sign a contract.

Reality did hit them hard one evening in 1961 though, when the couple experienced a horrific close call: Jackie had been shot by a woman who was reportedly jealous of his relationship with Harlean. "Jackie had stepped outside of our apartment to get the mail and I heard what sounded like two firecrackers going off," says Harlean. She went to investigate the noise, and found Jackie grimacing and screaming, "She shot me," while a woman stood nearby claiming she hadn't meant to do so. Jackie summoned enough strength to hobble outside the building, where a patrol car happened to be passing by. But rather than take the victim to a hospital, the officers chased down the shooter inside the apartment building. Fortunately, Jackie's injuries were not fatal, but it took more than a year before he felt ready to resume his career.

Rumors aside, Jackie and Harlean did produce one child together, a son they named John, known as Petie throughout his life. The young boy's world was shattered irrevocably when, on September 29, 1975, Jackie Wilson suffered a massive heart attack while performing at a nightclub in New Jersey. Jackie, in a coma, was rushed to a nearby hospital, where Harlean (then separated from him) and Petie were denied visitation until they were able to produce paperwork proving that they were his legitimate family.

Jackie Wilson never fully regained his ability to function; he remained in the care of others, his career cut short unexpectedly and permanently. Harlean became his caretaker, simultaneously entering into a never-ending series of legal situations that would linger long past the death of Jackie Wilson on January 21, 1984, nearly a decade after he collapsed onstage. "I was the administrator of the estate because I was his court-appointed guardian," says Harlean, "and everybody wanted to take the estate from me, with all kinds of excuses. Everybody came out of the woodwork. The whole matter went into federal court when it first happened and it's still going on. Jackie wasn't a businessman."

Despite all of the hardships she has been through, Harlean Wilson retains nothing but admiration for the man she met more than six decades ago. While she is the first to admit that there were difficulties in their marriage - "I have eyes, I could see what was going on," Harlean says - she remembers Jackie as a man who was "very vibrant, very effervescent, generous to a fault. He loved to sing and he loved life."

Harlean Wilson has spent a lifetime doing her best to make sure that the world remembers and knows the truth about Jackie Wilson. Now, finally, with the unveiling of his Hollywood star and other high-profile projects soon to be announced, she will have accomplished her goal.

Posted by Dadpreneur Productions at 3:18 PM