Real Estate Expert Sharon R. Frank Explains The Complicated Issues With Gentrification
New York, New York - The internet is full of articles on real estate; what to do, what not to do, how to sell fast, sell high, buy low, and most of it is helpful … unless you happen to live in an area where the rules of real estate don’t apply. What could that possibly mean?

Some areas within major cities, most notably the outer boroughs of New York City just don’t follow the trends. The two most common reasons are high interest from a particular ethnic group with financial resources, or gentrification.

Gentrification is the term used to explain why neighborhoods that might not have previously been in great demand become very valuable.  It is a process of renovation of deteriorated urban neighborhoods by means of the influx of more affluent residents because those neighborhoods are still attainable when compared to the centers of culture and employment nearby.

Article By Realtor Sharon R. Frank On Gentrification Continues Below... 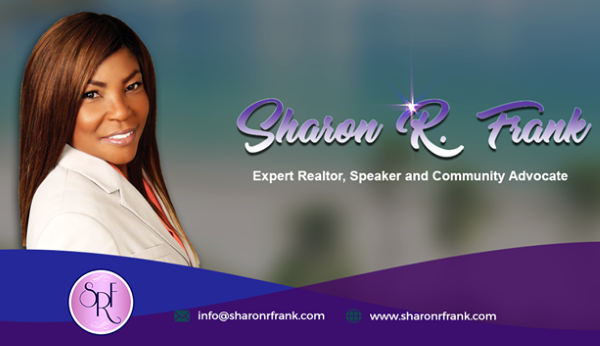 However, are now in high demand by buyers of all races due to the spill-over from would be buyers who want the convenience of living near Manhattan, but can’t afford Manhattan’s unaffordable real estate market. Gentrification has become a common and controversial topic in politics and in urban planning.

Conversations surrounding gentrification have evolved, as many in the social-scientific community have questioned the negative connotations associated with the word gentrification. The resurgence of Neighborhoods like, Bedford-Stuyvesant, Williamsburg, Bushwick, Ocean hill, to name a few, have been affected by the resurgence, according to the National Percentile Rank, the median Income in these neighborhoods is $21,706., the makeup of these neighborhoods’ are Blacks 58.5% , Hispanics 33.6% and other races 7.9%. What does it mean for current owners?

Gentrification can lead to community displacement for lower-income families and have a negative impact on the low income, poor, or retirees who have lived in these communities for decades, who now have discovered that their homes are worth millions. Does this make them millionaires based on the equity of their property or is equity an “illusion” to these low income home owners?

That all depends upon the answer to the real questions, which are – can these homeowners sell their existing homes and relocate comfortably? And where would they go when their home is their only real asset and their income is low.

In the final analyst, one might argue that there are positive aspects about Gentrification, such as rebuilding, and bringing value to neighborhoods and cities that was previously undesirable, but when the wealthy or higher income residents occupies these communities are the benefits equally shared?

Does it damage the cultural and social fabric of these neighborhoods? So, while many Brooklyn homeowners may be sitting on a veritable goldmine, they may be unable to access the equity in their home -- leaving them no other alternative to sell. The question remains does this mean that they are displaced millionaires, who are neither here nor there?