-------
IN CELEBRATION OF BLACK HISTORY MONTH, DIVERSITY IN CANNES IS ANNOUNCING ITS 10TH ANNIVERSARY AT THE CANNES FILM FESTIVAL 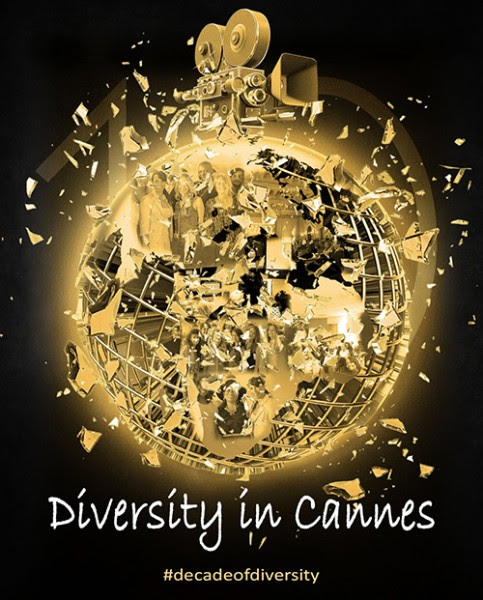 Los Angeles, CA -- In honor of Black History Month, Diversity In Cannes announces its 10th year of promoting inclusion at the Cannes Film Festival.Created by Yolonda Brinkley, Diversity in Cannes is an independent movement promoting the presence of marginalized and underrepresented filmmakers as well as celebrating their achievements at the world's most prestigious film festival. The 10th anniversary celebration of Diversity in Cannes will include film screenings, panel discussions, awards receptions, an official after party as well as the world premiere of the organization's first short film. Diversity in Cannes will be held during the second week of the Cannes Film Festival, May 19-23, 2019.

"I am excited to celebrate 10 years of independently promoting inclusion at the Cannes Film Festival and proud of our evolution from an afternoon panel to a comprehensive movement," comments Yolonda Brinkley, a U.S. based entertainment publicist and creator of Beyond Borders: Diversity in Cannes. "Diversity In Cannes is indeed the little engine that could and I'm grateful for our family of global supporters who inspire continuous action in my quest to showcase and celebrate underrepresented voices at the world's most prestigious film industry event."

Since its inception in 2010, Diversity in Cannes has emerged from a simple filmmaker symposium to a comprehensive program including a short film showcase, a U.S. based Pre- Cannes Film Festival information session sponsored by the WGA West's Equity and Inclusion department, and the Black Lives Black Stories Matter Short Film Tour. In 2012, Ms. Brinkley and Diversity in Cannes were nominated for a European Diversity Award for her efforts.


Article On Diversity In Cannes Film Festival Continues After Sponsor's Message Below...

Article On Diversity In Cannes Film Festival Continues Below...

In celebration of the 10th anniversary, Diversity in Cannes will introduce its new logo, the Diversity in Cannes Top 10 Filmmakers "To Watch" List, a screenplay contest, and have the world premiere of its first short film, a global collaboration with its family of supporters.
"As a Black woman, I stand with Dr. King's belief that life begins to end when we become silent about things that matter," professes Ms. Brinkley. "Film plays an integral role in perpetuating negative stereotypes of people of color and other marginalized populations worldwide. In the current cultural and political climate, Diversity in Cannes is my effort to be the change I wish to see in the world. #timesup!"

For additional information on how to get involved or to make a donation, email diversityincannes@hotmail.com. For media inquiries, please contact Maliz Mahop at Maliz.Mahop@laicommunications.com

Posted by Dadpreneur Productions at 10:10 PM