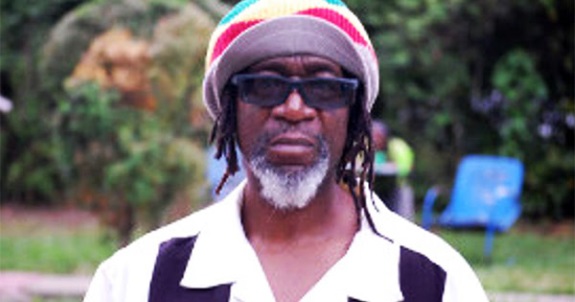 Nationwide  -- For most of his life, he was the guy most wannabee thugs wished they could be. Officially declared a "menace to society", he was sentenced to 30 years in federal prison for his role as mastermind of a series of daring bank robberies in the 70's. Two involved shootouts. One with the police. The other with a citizen in a bank parking lot where he narrowly missed being killed. While confined, he took part in an even more daring prison escape.

As a boy, he toyed with the alphabets like most kids his age played with marbles, and from the start, there appeared to be a household conspiracy to convert him into a writer. By the time he was ten, he possessed a private library fit for a scholar, a new typewriter, a big desk, and plenty of blank paper. By 11, he had mastered the dictionary, was a whiz at Scrabble, and was an honor roll student in school. At twelve, he had completed his first novel.

By his 13th birthday, he had discovered hustling and adopted "the streets" as his home. By 14, he was in reform school for assaulting a police officer.


Article & Video On Gibran Tariq and his SoulFire Books Continues After Sponsor's Message Below...

Video & Article On Gibran Tariq and His SoulFire Books Continues Below...

While at Stonewall Jackson Training School, he was the first Black person deemed smart enough to work in the Print Shop where he became a prized reporter for the institutional newspaper. He served a year and a day, and with hardly any delays, he embarked on a personal crime spree.

At fifteen, he was tried as an adult and sentenced to prison although he was still a juvenile. At Polk Youth Center, he was the youngest convict there, but he rapidly evolved into Public Enemy Number One. He held the record for going to the "Hole" for rule violations such as fighting, extortion, and his all-time favorite, starting a riot.

While in the Youth Center, he acquired his high school diploma at 16, wrote his first play, turned militant, and when released at 19, went to New York to join the Black Panthers, but discovered heroin instead. Both the revolution and writing would have to wait as a drug habit left little room for anything else.

In prison, he turned back to what he had turned his back on: writing. He wrote every day for 10 years, and was even placed in "the hole" for publishing his first book. The administration in the Atlanta pen said that publishing a book was tantamount to "running a business while confined". He fought the case and after thirty days was let out of segregation, and this is what earned federal prisoners the right to publish a book without fear of reprisal.

Now, as CEO and Founder of SoulFire Books, he wants to help break your "literary" chains. "Free yourself," he says. Visit his company’s official web site at SoulFire Books Click Here

Posted by Dadpreneur Productions at 3:31 PM