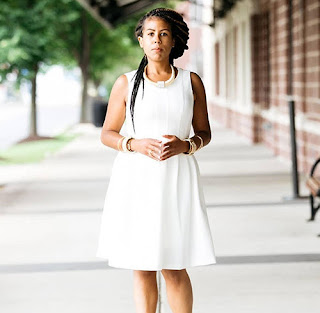 Nationwide -- Back when she was a young tech entrepreneur in Washington, DC, Angel Rich, already had the hill buzzing with rumors of her becoming the next great something - however, even she didn't imagine it would be the Next Steve Jobs as now slated by Forbes, Nasdaq and many others.

Angel comments, "I've always been known for solving problems. No matter how extreme of an issue I seem to be the person people call on to help, believing I can fix the impossible. Deciding to tackle one of our biggest problems, poverty, I founded WealthyLife to create financial literacy education technology games and multi-media.

Article And Video On Angel Rich Continues After Sponsor's Message Below...

CreditStacker, our first game on the market, initially made headways in late 2017 upon launching not just for the engagement but also for the algorithm we designed to reduce user acquisition costs from $3 to less than a quarter ($0.24 cents) that permitted us to scale to 200K downloads in our first 10 days. When Google called, selected us as one of top 10 apps in the world, and stated that we did such an impressive job that even they wouldn't be able to get the user acquisition any lower we knew we had something amazing."

Now Google has called again with another interest - organic growth. Since the first month of launching on Google, Angel has cleverly not spent any more money on user acquisition. Instead she focused on earned media that would help the app grow for free, and it worked.

Growing at 10-15K per month internationally, Angel Rich now stands as the only Black woman entrepreneur in the world with more than 350,000 downloads on her app!

What's so special about this game? For starters, similar to Candy Crush, players swap blocks representing the 5 major credit types to pay off debt, achieve a high credit score, and learn from the multiple-choice questions. It has been named the best financial literacy product in the country by The White House, Department of Education, and JP Morgan Chase.

It's now the #1 most downloaded edtech app in 14 countries, top 5 in 40 countries on Apple with no money spent on advertising.

As a young, 31-year old Black, female founder not from Silicon Valley, Angel is considered a pioneer in many fields including fintech, edtech, gaming, research and Black policy issues. Her rare, unique perceptive is more than a specialty, but rather a gift to see all sides of an issue with clear vision.  Angel decided to leverage that vision as a solution to her funding problem. Known as "Queen Bootstrapper" the struggles Angel and countless other Black women face to receive less than 0.02% of overall funding has been well publicized. So instead of crying about it, Angel decided to write about it - in a book - and use the proceeds to fund her company.

Successfully garnering more than $125,000, self-published in the first year ($0 spent), History of the Black Dollar has quickly become a national treasure. Featured by the National Urban League, Congressional Black Caucus, The Breakfast Club and many more, the well-researched book seeks to ultimately unite all races by providing an objective, unbiased perspective and allowing them to feel the emotions of history as they travel through 600 years of time.

Angel's argument is that most Americans are sympathetic towards the Jewish community because they can relate as a result of The Diary of Anne Frank being required reading despite the fact the incident did not occur in our country. Angel asks "What book do schools require across the country to read about the child of slave... or Jim Crow... or even just a Black person?"

Then she waits, to hear nothing but silence. Next question - "How can we expect to be on the same page as a country, if we are not reading from the same history book?" More silence.

Angel dreams of History of the Black Dollar becoming required reading across the country in K12 and college history classes, and in freshman studies for all HBCUs.  Dr. Rikesha Fry Brown, Director of Honors College at Hampton University, is ensuring it is not a dream-deferred, inviting her teach a class on it in the Spring. Naturally, she choose Hampton to kick-off her HBCU tour during their homecoming and plans to present to HBCU leaders in November at the National African American Honors Program Conference along the way.

With History of the Black Dollar, Angel is making a bid to be an influential voice in the Black community like Booker T. Washington and W.E.B. DuBois whose careers are a model for her. To accomplish this, she plans to continue to invent tech, write books, produce films, and lend her opinion in policy decisions.

For more details about Angel Rich, her app, or her company, visit www.getwealthylife.com

Watch her interview on The Breakfast Club:
https://www.youtube.com/watch?v=5tKX-64TXcQ

Posted by Dadpreneur Productions at 4:21 AM