Why Hasn't the NAACP Denounced the Racist Comments Made by Planned Parenthood's Founder?

-------
Nationwide -- The NAACP religiously monitors the world for racist comments made by dignitaries, especially elected officials and organizations opposing the Democrat Party. 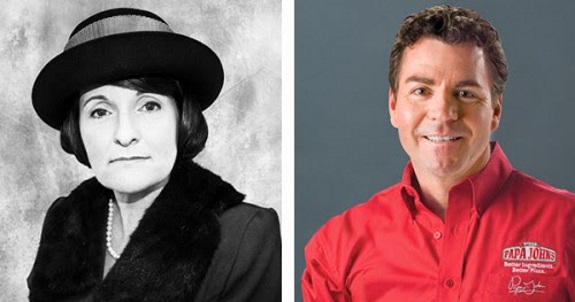 The bias demonstrated is consistent with the decline of relevancy on issues adversely affecting the very people they were created to protect.

When informed and genuine advocates of the African American community see the devastating effects of eugenic policies perpetrated upon people-of-color, then learn the origins and racist comments as well as practices of the leading abortion provider Planned Parenthood, they are left baffled at the silence of America's most prestigious defenders of civil rights. Let me enumerate some undeniable and inconvenient truths...

#1 - 1,786 African American children are killed each day by abortion.

#2 - Abortion is systemic and deliberate, and the leading provider of abortion in America is Planned Parenthood.

#3 - 52% of all African American pregnancies end in abortion.

#4 - Abortion is the most performed operation on a woman. It remains the least regulated medical procedure and is often completely ignored by health regulation enforcement.

Why Hasn't the NAACP Denounced the Racist Comments Made by Planned Parenthood's Founder?


#5 - Since the beginning of the eugenic plot to fraudulently produce the case of "Roe VS Wade" to the Supreme Court in 1973 - where ironically five white males claimed "...they didn’t know where life began..." - a holocaust where over 20 Million African American children have been systematically annihilated by abortion and thus denied access to the American Dream.

But where did this eugenic holocaust and denial of the American Dream begin? It began with Margaret Sanger, the founder and chief facilitator of the eugenic and systemic plan of abortion. She was an avowed White Supremist and was quoted as saying, “...colored people are human weeds and need to be exterminated... reckless breeders... spawning... human beings who never should have been born...” Margaret Sanger, "Pivot of Civilization." Sanger, was in her time, the leading advocate of the eugenics movement, specifically of negative eugenics, which promoted the reduction of sexual reproduction and sterilization of people with undesired traits or economic conditions. She wrote, "The most merciful thing that a large family does to one of its infant members is to kill it." Margaret Sanger, "Women and the New Race" (Eugenics Publ. Co., 1920, 1923).

If you doubt what I’m setting out here, you can read her works for yourself on the internet. You will be shocked. Margaret Sanger has nothing on "Papa John." The University of Louisville said it will remove the Papa John's name from its football stadium, and that it will rename the John H. Schnatter Center for Free Enterprise at its business college. Why? He used the "n" word and thus his name removed but Margaret Sanger’s name is still heralded and is still in the Smithsonian. What’s up with that? After all, this is far more important than pizza.

The documentary Maafa 21 empirically proves Margaret Sanger collaborated with the Nazi regime and corresponded regularly. Adolf Hitler commended and thanked her for her guidance in their eugenic implementation in Germany leading to the Final Solution and ultimately the Holocaust where Blacks, Jews and Gypsies were deemed inferior and targeted for sterilization and death in concentration camps. As well as collaborating with the Germans, Margaret Sanger also had the distinction of speaking over a dozen times at Ku Klux Klan rallies in the United Sates, and while she was speaking at these Klan Rallies, the Klan were at the same time actively lynching African Americans.

It is quite clear to anyone - except perhaps the NAACP – that the one thing Margaret Sanger, the Ku Klux Klan and Nazi’s (The Third Reich) had in common is "White Supremacy!" So, I ask: Why no denunciation from the NAACP? Why no denunciation from Mr. Derrick Johnson? Mr. Derrick Johnson, who is president and CEO of the NAACP, has called on Congress to denounce the president’s comments pertaining to third world countries as "sh*t holes." I would ask Mr. Derrick Johnson to please look at these comments coming from a woman whom Planned Parenthood annually gives awards in her name and who called African Americans, "Sh*t!" This same woman partied and conversed with bigots who were at the same time lynching African Americas and burning Jews in ovens!

In 2010, a NAACP Resolution was passed to condemn racism in the "Tea Party Movement." I would ask Derrick Johnson to show courage and do the obvious thing and juxtapose the remarks of the President, and the Tea Party, and Margaret Sanger. The Tea Party and the President deny making any racist comments, yet you have condemned them. The comments made, and the carnage of Margaret Sanger are factually proven and undeniable! She was a racist, white Supremacist, and the major facilitator of millions of African American deaths. The NAACP should denounce this perpetration of evil.

And, I would ask Mr. Derrick Johnson to reflect on the observation of a past NAACP President. In 1967 Dr. Charles Greenlee, Pittsburg branch president of the NAACP charged that Planned Parenthood was promoting "Genocide" by aiming its work at reducing the Black population. Greenlee stated, "Planned Parenthood has other functions which are not used in the poverty neighborhoods at all - infertility clinics, spaced parenthood programs as such. The only one that they bring in the Black neighborhoods is birth control..."

That was 1967, NOW it is abortion for the same purpose and the same Planned Parenthood!

Rev. Dr. Clenard H. Childress, Jr. is the founder of www.BlackGenocide.org - a movement designed to reach the Afro-American community with the truth about abortion.
Sponsor's Messages Below

Posted by Dadpreneur Productions at 4:45 PM

Email ThisBlogThis!Share to TwitterShare to FacebookShare to Pinterest
Labels: Why Hasn't the NAACP Denounced the Racist Comments Made by Planned Parenthood's Founder?