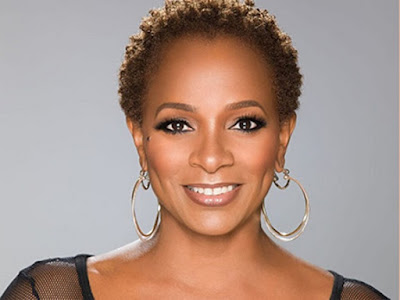 Written by Gabrielle Pina and directed by Anita Dashiell-Sparks, Letters From Zora explores Hurston's controversial views on integration, segregation and social justice.
With original music composed by Ron McCurdy and archival images collected by Margie Labadie, Letters From Zora will illuminate Hurston's prose, her life, and contributions to the iconic Harlem Renaissance. In an effort to peel back the layers of Hurston's complex life, Calloway leaves no stone unturned in documenting the highs and lows of the Harlem icon. "This is a multimedia show with original scoring," says Calloway.
"We touch upon her writing world. We talk about her traveling. We talk about her life in Eatonville, Florida and how she lived on a houseboat. We talk about her men. We talk about Langston Hughes. You experience her (Hurston's) Harlem Renaissance world. We go from the time she was born to the time she dies. It's magical."

Hurston was known for being outspoken, fierce and fearless in a time when women were told to remain silent on socio-political matters. She asserted her power and influence in several facets throughout the movement including education, government and home life even when unconventional. "Playing Zora is no easy feat," Calloway insists. "This play is so deep," says Calloway, who is insistent on giving Hurston’s voice just the right cadence. "I rehearse and have to take time off, and step back."

Vanessa Bell Calloway is a stage, television and film actress who has amassed over 8 NAACP Image Award nominations in addition to being awarded a NAACP Theater Award for Best Actress. A character actress in demand, Vanessa is best known for her roles in the box office smashes "South Side With You" where she portrays the first grandmother, Marian Robinson.
Other film credits include, "Coming to America," "What's Love Got to Do With It", "Biker Boyz", "Love Don't Cost A Thing", "Daylight," "The Inkwell", "Crimson Tide", "The Brothers", "Cheaper By The Dozen" and she voiced the lead female role in the animated feature "Bebe's Kids" Calloway is currently starring in Bounce TV's new hit one hour drama "Saints & Sinners" as the matriarch Lady Ella, An accomplished professional dancer, Vanessa has performed with various professional dance companies as well as the original Broadway Company of the hit musical "Dream Girls" and several Off Broadway productions. An accomplished director and producer, Calloway directed an episode of Bounce TV's "Saints and Sinners" along with several ancillary production including a short titled "The Bricks."


ABOUT WACO THEATER CENTER
WACO Theater Center is dedicated to the empowerment of artists within a diversified pool of LA communities.
The mission is to create a space Where Art Can Occur and where students are taught to develop their true purpose and awaken their individual power source which fuels their art. For more information on programs, classes and upcoming events, visit www.WACOTheaterCenter.com and follow @wacotheater on Instagram and Facebook, @wacotheater on Twitter.


TICKETS
Tickets are currently available for second showing Saturday, May 12th and Sunday, May 13th followed by shows May 18th, May 19th and May 20th. Evening show tickets for $45 and $35 for matinee.

Posted by Dadpreneur Productions at 6:10 PM