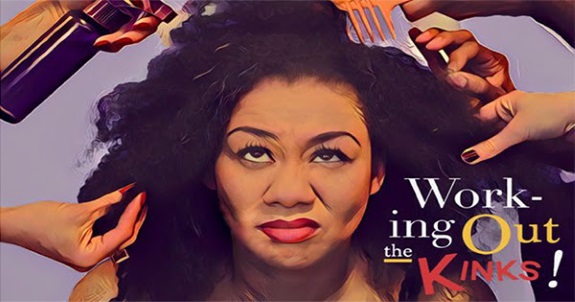 New York, NY  -- What happens when you combine Girlfriends with Black-ish with kinky hair? You get the comedic series Working Out the Kinks (WOK). After releasing a pilot episode in 2017, WOK creators made some adjustments and will release a new, revised version of the pilot and Episode 2 at the WOK Red Carpet Season Launch Event. The screening and launch party will be held Sunday, May 6 at American Whiskey (247 W 30th St, New York, NY 10001) at 6 p.m. Episodes 1 and 2 will air May 7 on WOKseries.com and Live Yo Life Productions with subsequent episodes airing monthly.

The cast and crew of the award-winning show will be present, as well as press and other special industry guests. Cast and creatives from several hit series will be in attendance, including Makeup and Breakup and Situationships, as well as guests from WBAI Radio, BET, Black Talent TV, Series-ly Podcast and some of your favorite current TV shows.
Created and produced by J Nycole Ralph, WOK is a smart, sassy and down-to-earth show that focuses on the rapidly-growing natural hair movement while displaying positive images of the black community. Harlem naturalista, Jada (played by Ralph), and her roommates get a new suburban, culturally naïve, white roommate and things in their life begin to get quite tangled!
Checkout The Video For "Working Out The Kinks"

The webisodic sitcom fills a void in media and web content, displaying part of black culture - hair - in a way that is identifiable, entertaining and educational. WOK touches on cultural differences and race relations in a fun, light-hearted way - a much-needed angle in today’s society.

The release of the pilot episode garnered a great deal of attention nationally and internationally, winning several awards and nominations, including "Best Web Series" and "Best Comedy Series" at an array of prestigious film festivals like the Hip Hop Film Festival, The Urban Web Summit and Harlem International Film Festival, to name a few.

Andrea Rachel, of the hit shows Power on Starz and The Deuce on HBO, says she's "excited about it!" and Yvonne Orji, star of Insecure on HBO, agrees and says "There's a lot of good in there!"

General Admission and VIP tickets are now available! VIP guests will receive priority seating; priority for taking pictures with cast and industry guests; a gift bag with products; a hotel gift card for $50; and a free business, financial, or artistic consultation with a millionaire mogul!

All guests will be eligible to win the following prizes which will be raffled:

* Choice of cameo appearance on an upcoming episode OR VIP day on set!

WOK has several sponsorship packages for businesses and individuals, including product placement in episodes, producer credit or a role in the series. For sponsorship information, contact J Nycole Ralph at (917) 887-0795 or JNycoleRalph@gmail.com . 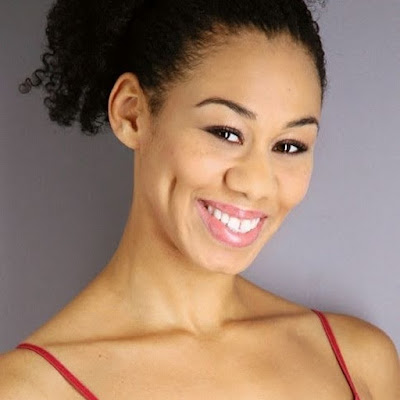 An Ohio native, J Nycole Ralph is a critically-acclaimed actress most known for her roles as Consuela and Anita in the Broadway show West Side Story.

A cast member in the Broadway production Book of Mormon, Ralph was also co-founder of a theater company called Laugh With You - one of the few not only paying their actors and playwrights but also profiting in the first year.

Posted by Dadpreneur Productions at 5:57 PM

Email ThisBlogThis!Share to TwitterShare to FacebookShare to Pinterest
Labels: What happens when you combine Girlfriends with Black-ish with kinky hair? You get the comedic series Working Out the Kinks (WOK).