-------
Beyond Humanities “Tipping Point”
By JV Howard
Let us cut to the chase and confess the obvious…we as a country are long pass the tipping point. “The Tipping” point as articulated by Malcom Gladwell defines a tipping point as the moment of critical mass, the threshold, and the boiling point.

Politicians who rallied to stand up for Ukraine but laid down when called to protect our children. We are talking policemen who shoot when they should not (in the back, at a traffic stop, sleeping at home, with hands up, and fail to shoot when they should (standing down/ waiting while kids are murdered, when a white racist kills ten black people and walks out with hands up; if this would have been a person of any other color it would have unbelievable massacre. We are talking police officer who repeatedly violates the oath to serve and protect- a boiling point.  In the animal kingdom a lioness or female elephant will sacrifice their life to protect their young, but mankind has evolved to a pathetic threshold of protecting their blue suits/day job rather than save their children.

JV Howard's "Tipping Point," Article Continues After Sponsor's Messages Below...
Please Support Our Ad Sponsors Who Make This Community News Blog Possible. And Don't Forget To Tell Them You Saw Their Ad in The Scoop!

Case in point – Sandy hook Elementary school involved 26 people killed; the weapon used was a Bushmaster XM15 rifle and Glock 20SF handgun. Fast forward 10 years Robb Elementary school where an AR-15 rifle was used to massacre 21 people of which 19 were kids who were more likely chewing bubble gum and giggling with life. Yet a decade went by with little or no change in protecting the innocent among us – the children.

The horror is so overwhelming, so gut wrenching, and so incomprehensible that the husband of one of the teachers murdered is said to have died of heart attack but all know it was a broken heart. I have read that police officer from other states were outright dumbfounded by the Uvalde Police inactivity.

You can imagine elementary school kids dealing with the bogeyman when the lights go out and waiting to be rescued by Batman, the Hulk, or even the police officer but sadly in this case, he never showed up. A surgeon who attempted to save these kids explain - in tears - the horror of what an assault rifle does to a ten-year-old body. These same assault rifles – currently being sent to Ukraine to kill Russians in a war - are readily accessible to kill elementary kids in school – beyond tipping point.
Teachers and children practice school drills that remind them over and over that they could be murdered… and they have been. By doing their part to be prepared for anything they were not prepared for the Uvalde police force being derelict in their duty to protect them. This painful violation of the oath to protect and serve represent an unacceptable threshold.
Rebecca Solnit, a Guardian US publicist put in context that “the time the second amendment was added to the constitution, reload time for the guns was about a minute and all of them were single-shot weapons. By contrast, the Las Vegas killer in 2017 sprayed more than a thousand bullets out his hotel window to kill 60 people in a 10-minute period.

The teenager in Buffalo who killed 10 Black shoppers and an armed security guard was not a well-regulated militia, and neither was the anti-Semite who killed 11 in the synagogue in Pittsburgh, or the homophobe who killed 49 and wounded 53 in an Orlando nightclub, or the anti-immigration butcher in El Paso who killed 23 and wounded 23 or the child killer who took 26 lives in Newtown, Connecticut, 20 of them six and seven-year-old children – a critical mass.
There is a lot of irony in that this - Uvalde, - happen days after President Biden signed an executive order on policing – two years after George Floyd was killed; days before a memorial weekend when we normally honor those among us and when we picnic with family and loved ones, weeks after the massacre in a Buffalo supermarket involving a racist attack with, yet again, an assault weapon. We now know there were more than a dozen mass shooting this Memorial Day weekend. All told its 21 weeks (about 5 months) into this year and America has already seen 213 mass shootings – clearly a critical mass.
The author Dr. Rheeda Walker in her book “the Unapologetic Guide to Black Mental Health reminds us of being the Master of Our Peace and needing a strong dose of spirituality to survive the threshold, critical mass, and tipping points of cowardice and systemic racism run amok.
As we hope, pray, demand something gets done to do away with our cowardly leadership and racist behavior let us not become so desensitized to these horrors stories that we accept them by default of cowardly wonder. After the media spin all the facts, names, faces, and heartbreaking fallout the hot topic around the water cooler, at the picnic table with burger and fries, is the question have you seen the movie TOP GUN – an ironic point. 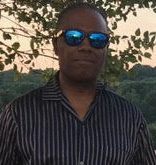 The article ideas expressed are those of freelance commentator JV Howard and may not be totally reflective of Scoop publications.  You can reach JV Howard at: jvguru@outlook.com

Share Your Comments With Us Below At the End Of The Web Page
Remember Our Sponsors/Advertisers and readers Are How We Get Paid. Don't bother info below...

Posted by Dadpreneur Productions at 5:38 AM