-------
THE KOBE BRYANT STAR: WHY ITS BRILLANCE WILL RADIATE FOREVER!
Exclusive OP-ED By Tolson Banner

The “hush” always descends upon us unannounced. Like the King of Pop. Like the Queen
of Soul. Just like Prince. It transforms time into a quivering moment and shakes us.

This is where the unthinkable becomes the real-life tragedy. Our feelings tremble as we attempt to come to grips with the fragility of life.

In this space we slow down our speed for living to heartbeat to heartbeat. We gasp for air. The recurring news confirm what we had prayed and hoped to be untrue: Kobe Bryant, his daughter Gigi and seven others killed in a helicopter crash in Calabasas, CA. (Names of the other deceased passengers were not released at press time).

Article On Kobe Bryant Continues Below...
As news of their untimely demise becomes widespread, we all seek to find answers to the why. None are comforting. Most are reflections. We primarily reflect on how could

someone on earth just 41 years do so much?

And we are saddened by the fact that Kobe had with so much of life still ahead. I am reminded of the old folks who would say “YOU ARE CALLED HOME WHEN YOUR WORK IS DONE.” It appears as if Kobe’s work had been done. If that is true then the rest of us still have some work to do!

We marvel at athletes who achieve heights beyond our limited visualizations. During one
of Kobe’s many interviews, the Laker guard said when he was just 2 years old dribbling
the basketball was a sacred undertaking. Kobe explained hearing the ball pound the
wooden floor was hypnotic.

The NBA MVP player went on to talk about how he relished when the ball went through the hoop and strings – the “swish” sound it made was universal rhythmic music.

With this uncanny attention to detail, most credit Kobe with exporting the game of basketball to Europe. If sports is a metaphor for life then Kobe lived life to the fullest.

Kobe without a doubt was/is a star. We follow stars because they lead us to where our
imaginations have yet to take us.

Kobe’s star was brilliant, radiating an illumination that was blinding at times:


But above and beyond sports, Kobe was a family man, husband and father. MAMBA excelled equally in business, humanitarian efforts, as well as receiving an Oscar for his short film: “Dear Basketball”.

Kobe was equally as tenacious in raising money for just causes: giving a $1M to help build
the African American Museum; Kenny “The Jet” Smith, former NBA player and now TNT
basketball analyst said when he was trying to raise money for the Katrina victims he
reached out to Kobe.

Smith said Kobe was the only one he called and shortly thereafter 25 NBA players had signed up. Smith was quick to remind all who would be playing what Kobe admonished, “to strap up your laces.” Kobe was always the competitor supreme!

For those of us who don’t believe in coincidences, let me offer you these readings from the
universal order: According to news accounts, the call about the helicopter crash came in at
9:47 am West Coast time.

Nine plus four plus seven equals 20: the number of years Kobe played in the NBA after entering the league at 18 years old “straight outta” high school.  We know recognize there was a metaphysical underlying meaning to Kobe wearing the number 8.

In numerology, the number 8 when laid on its side is the sign for infinity. What Kobe accomplished, on and off the basketball court, without a doubt - will live until the end
of forever.

Later in Kobe’s career he wore jersey number 24. Basketball aficionados know this is the time each team with possession must shoot the ball and hit the rim or they would be cited for a violation.

What Kobe did within 24 seconds with the ball in his hands was magical and breathtaking. NBA teams playing on this tragic day honored Kobe by taking the 24 second violation.

When father time came knocking, Kobe refused to give in without a fight. After suffering
a torn ACL, a displaced rotator cup and a broken ankle Kobe embraced a rehab regimen
that made us squeamish just watching. Kobe’s last game as a Laker, MAMBA scored 60
points and told us “MAMBA OUT.”

We now know stars don’t dissipate. NASA confirmed that for us...

According to the space agency, stars transform into BLACK HOLES with a gravitational pull so strong they even attract light. Even in this dark hour we bear witness to the gravitational pull of Kobe’s remarkable life and his adroit ability to attract us with the brilliant light of his magnetism...

...We saw this star transform right before our eyes: BLACK (HOLE) MAMBA.

A Video Tribute to Kobe Bryant Courtesy the Guardian

About The Writer: Tolson Banner is a provocative highly regarded writer and columnist. 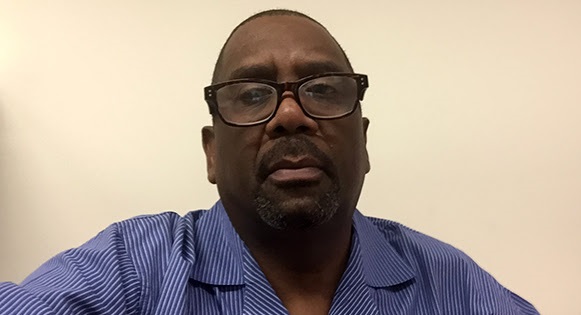 Posted by Dadpreneur Productions at 6:23 AM

Email ThisBlogThis!Share to TwitterShare to FacebookShare to Pinterest
Labels: Kobe Bryant Dies with Daughter In Helicopter Crash and 7 others