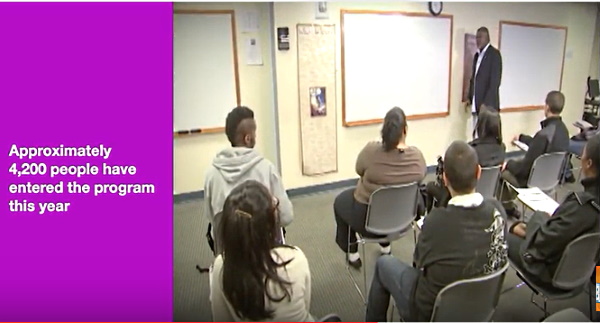 New York, NY – In anticipation of new State bail reform measures, New York City will launch an expansion of its successful Supervised Release program as a proven alternative judges will be able to assign in lieu of bail. As part of the commitment made to justice reform during the passage of the borough-based jail plan, the City Council will dedicate $7 million more in additional funding for the program.

Given the law’s new restrictions on who and when courts will be allowed to impose cash bail or remand defendants to jail, Supervised Release provides a much-needed alternative, with a proven track record of getting the vast majority of participants back to court. Community-based and supportive in design, the expansion of this successful pretrial system aims to continue to make New York City the safest big city in the nation.

“Supervised release has been an incredibly successful tool, which is why I am thrilled to see this expansion. Giving opportunities to pretrial defendants is a critical part of our overall efforts to reform a system in a way that prioritizes rehabilitation, which is our ultimate goal,” said Council Speaker Corey Johnson.

Article On Expanding The Supervised Release Program Continues After Sponsor's Messages Below...

Video & Article On Expanding The Supervised Release Program Continues Below... 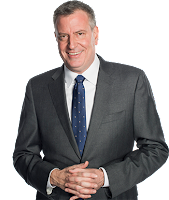 “With the lowest rate of incarceration of any major city, New York City is proving you don’t need to arrest your way to safety,” said Mayor de Blasio. “We are taking additional steps to ensure that people who can be safely supervised in the community are able to stay there, all while keeping crime at historic lows.”  Launched in 2016 by Mayor de Blasio with a $13.8 million investment from Manhattan District Attorney Cy Vance, Jr., Supervised Release deploys social and case workers, rather than law enforcement officials, with a host of options to both make sure participants make their court hearings, while also matching those with specific needs to supportive services and resources.

Supervised Release has seen nearly 15,500 people enter the program since its launch. According to the most recent statistics, nearly 90% of clients made every court appearance while in the program, while 92% of clients had no felony re-arrests during that time. About 4,200 people have entered the program so far in 2019.

With its expansion, Supervised Release is expected to accommodate a three-to-four-fold increase in participants. The program will include the option of having enhanced tracks, thereby allowing it to serve any individual, regardless of charge, who a judge believes would benefit from the program.

The new Office of Pretrial Services, housed with the Mayor’s Office of Criminal Justice, will oversee the expansion and operation of Supervised Release, acting as the City’s primary coordinating point for the providers, court officials, judges, and law enforcement agencies involved in pre-trial activities.

“Over the past five years, New York City has undergone a fundamental shift in how we experience and understand safety, as crime has continued to fall alongside the City’s jail population, even as law enforcement has lightened its touch,” said Mayor’s Office of Criminal Justice Director Elizabeth Glazer. “Supervise Release has played a critical role in this process, and offers a strong, proven solution to the challenges and opportunities provided by the State’s bail reform measures.”

With the passage of bail reform in Albany earlier this year, courts must turn to non-monetary alternatives to bail, or release on recognizance, for all but the most serious of felony charges. Criminal justice organizations estimate that approximately 40% of those in New York City jails at the time the law was passed would have been ineligible for bail or jail under the legislation.

Under D.A. Vance, the Manhattan D.A.’s Office has invested hundreds of millions of dollars recovered in enforcement actions against major banks in community-based and intergovernmental projects that strengthen communities, prevent crime, and accelerate reform in the justice system. In addition to providing majority funding for New York City’s first supervised release program in 2016, the Manhattan D.A’s Office is funding New York’s first statewide college-in-prison program, a nationwide effort to end backlogs of untested rape kits, and dozens of other transformative projects.

While Supervised Release’s cardinal aim is returning defendants to court, it is also an innovative, time-tested, and progressive model for how alternatives to bail can be driven by communities and supportive services, rather than law enforcement sanctions alone, including:

Incorporating culturally competent and evidence-informed therapeutic interventions which allow program staff to help clients navigate everyday challenges, build skills and support resilience. Hiring staff who have lived experience in the criminal justice system to mentor participants to encourage successful completion of the mandates during the pre-trial period. Former participants could one day serve as mentors.

Providing individualized support targeted to the needs of the individual, including referrals to mental health and substance use services, rather than blanket release “conditions.
Incorporating smaller neighborhood-based and run organizations to build capacity within communities to work with individuals going through the court process.  These practices avoid bail alternatives used in other jurisdictions that have a law enforcement approach and rely on punitive and surveillance-oriented tools like drug testing, extensive electronic monitoring, and fees for supervision that are not shown to be effective, but often serve to draw people further into the criminal justice system.

“Over the past few years, New York City has proven that we can significantly cut the use of jail in our city and remain safe. The success of the supervised release program has been a major part of these efforts,” said Tyler U. Nims, Executive Director of the Independent Commission in NYC Criminal Justice and Incarceration Reform. “The expansion announced today by the Mayor, Council, and DA Vance is a commendable next step towards further reducing unnecessary incarceration, closing the Rikers jails, and making sure that we deliver on the promise of bail reform. To achieve those goals, the program should be used as an alternative to incarceration rather than imposed on those who would return to court without supervision.”

“We are glad that the City has taken this crucial step toward making sure that the new bail legislation reaches its full potential,” said Marie Ndiaye, Supervising Attorney of the Decarceration Project at The Legal Aid Society. “An expansion of the Supervised Release program is key to ensuring that the most people are released pretrial and that those people have access to services and resources. These alternatives to incarceration programs are proven and central to finally closing Rikers Island and reducing the local jail population.”

“The Data Collaborative for Justice’s research indicates that thousands more cases will result in release without bail once statewide bail reforms become effective in January 2020,” said Data Collective for Justice Director Dr. Preeti Chauhan. “The City’s investment in expanding supervised release to encourage individuals to return to court, if successful, will go a long way towards preserving community safety, protecting the rights of the accused, and ensuring victims of crime receive justice.”

“New York City officials, communities and non-profit organizations continue to be at the forefront of creating a web of community supports that prove that you can have fewer people incarcerated and more safety,” stated Vincent Schiraldi, co-director of the Columbia University Justice Lab and former Commissioner of New York City Probation. “That is why New York remains the safest and least incarcerated large city in the country.”

Posted by Dadpreneur Productions at 5:36 AM