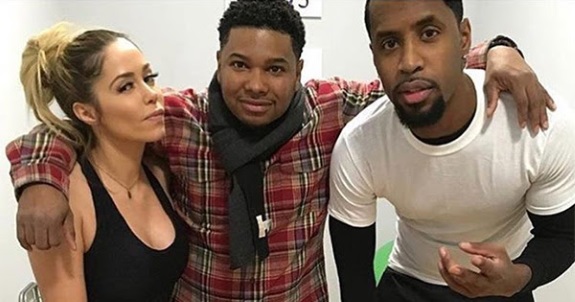 The JERSEY series tells the story of Malcolm Graves, played by Alonzo Herran Jr., who is the mayor of Newark, NJ. Young Mayor Graves is trying to recover from an assassination attempt on his life when his personal life starts spiraling out of control. His son, Elijah Graves wants to test his manhood by following the wrong crowd, however Elijah's new friends have a hidden agenda. His brother, Drew Graves, who was working as the Mayor’s Aide, plans on starting his own street empire, but Drew creates a bloody mess with the Italians. His wife Miasha Graves, wants out of the loveless marriage and tries to distance herself, but can she? Stuck between a rock and a hard place, Malcolm Graves is forced to step down as Mayor and get his hands back on the darkside of the streets. Will he survive this go-around? Or will he finally cause his own demise?


ABOUT ROYAL FAMILY PRODUCTION AND ENTERTAINMENT(TM)
Royal Family Production and Entertainment is a fully integrated, broad-based entertainment company. It is a local leader in creation, production, distribution, licensing and marketing of all forms of entertainment and their related businesses.
The company stands at the forefront of every aspect of entertainment including film, television, and books. The company has released over two popular selling books and three independent films. Royal Family has had the pleasure to work with the likes of Clifton Powell, Charli Baltimore, Jason Weaver, Omar Gooding, Maino, Marc John Jeffries, recording artists AZ and Onyx, and many more. The company was singly founded by Alonzo Herran, Jr. in 2010 with the outlook to bring the power of professional entertainment to the public while allowing independent artists an outlet to broaden their audience.

Visit www.royalfamilyfilms.com for more information and news!
Sponsor's Messages Below

Posted by Dadpreneur Productions at 5:07 PM