Timeline: 4:35pm - Rashon Nelson and Donte Robinson arrive at a Philadelphia Starbucks.  4:37pm - Both Nelson and Robinson send up prayers.  Starbucks the nationwide coffee house which touts itself as "the meeting spot" has some serious explaining to do to protect its brand.

Dubbed as the communal place, it now finds itself embroiled in a racial whirlwind where black space has been put on notice. In two minutes after arriving at Starbucks, both Nelson and Robinson were handcuffed; removed from the premises.
Both men were arrested, and detained for over eight hours. No charges were brought by the city’s prosecutor. The Chief of Police after staunchly supporting the actions of the police later apologized. 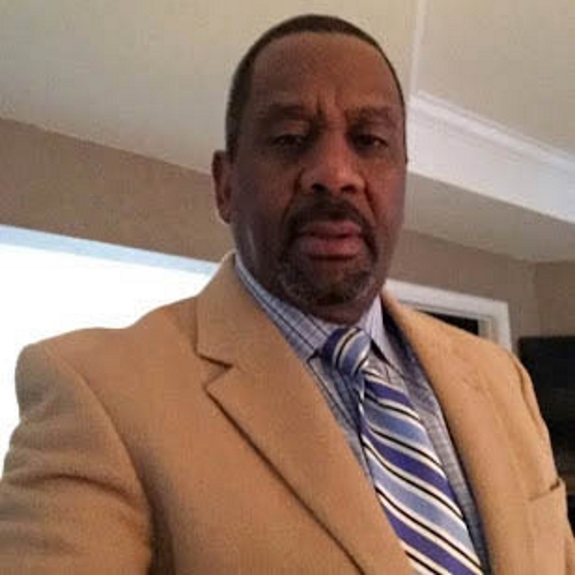 According to news accounts, Nelson had asked to use the restroom. The Starbucks' manager reminded Nelson the restroom was only for customers who make a purchase. With that in mind, Nelson returned to his seat. It took only 120 seconds for the Starbucks' manager to call 911. With the speed of a rapid response team, police arrive with one thing in mind: lock up the malcontents, even though neither Nelson nor Robinson exhibited rambunctious behavior. Both men plead their case explaining they were there to meet a real estate agent about a business deal. To no avail. Even after the gentleman they were scheduled to meet arrives and corroborates their story - police stayed on point for the lock down.

There are those who say if only Nelson and Robinson were dressed appropriately the barista manager would have viewed them differently. Need I remind those naysayers, both men were dressed appropriately - dressed down in their urban gear: (Black men sitting). And of course there are those who say we cannot condemn all white people. After all, it was a white woman who shot the video that went viral ultimately viewed by 11 million and counting.

However, this does not negate the fact Black people are caught between benign neglect and recalcitrance of white America. Police brutality is underwritten by tax dollars and underscored by politicians, sanctioned by the President, as well as, influenced by over-the-top corporate branding protection. Where are the white people who demand cessation of their tax dollars used in the exercise of police brutality and killings of black people? Instead of co-opting BLACK LIVES MATTER how about a sign which reads NO POLICE KILLINGS WITH MY TAX DOLLARS signed by white people, with a march on the city, county, state, and the nation’s capital.

Obtusely, the President reminds us of genetic white fear with legislation to build the wall between the US and Mexico; discounts Africa as a fecal crater - a defecation canyon; and import more white people to America from Norway. Fear which perpetuates the dehumanization of melanin people.

Now Starbucks CEO, Kevin Johnson has gone into crisis-mode management. Johnson has personally apologized to both Nelson and Robinson. Johnson announced he will shut down 8,000 Starbuck stores nationwide for a day in an effort to remedy implicit bias and unconscious discrimination. How can you find a panacea for something you won’t admit? Not acknowledging racist intent for these actions will only raise more questions than answers about the efficacy of the Starbucks' employee training.

And of course, AT ALL COST SAVE THE BRAND! So Starbucks hires former Attorney General Eric Holder to teach racial sensitivity training. As a former federal prosecutor with the US Justice Department, Holder was stopped by police in Washington, DC, Georgetown running to catch a movie (Black man running). Holder was also stopped on the New Jersey turnpike (Black man driving). He later said America was a coward when it came to discussing race relations.

Starbucks could have saved some money on this one. They could have hired any black person in America to teach that class. But closing the stores for an afternoon will not alter the course of the American racial divide. America suffers from selective amnesia when it comes to connecting the dots to the historical enslavement horror. That will take more than a day to address.

All of this could have been avoided if only the Starbucks' manager just let the brother pee.

Posted by Dadpreneur Productions at 12:32 PM

Email ThisBlogThis!Share to TwitterShare to FacebookShare to Pinterest
Labels: The Chief of Police after staunchly supporting the actions of the police later apologized.