Film companies targeting African-American audiences are making a big name for themselves, and at the top of the list is CodeBlack Entertainment. It is the first independent, vertically integrated film studio owned by an African American entrepreneur, producing $750 million in home entertainment revenue.

Founded in 2005 by Jeff Clanagan, CodeBlack Entertainment produced straight-to-DVD films for years before they finally signed a major distribution deal with Lionsgate, for which they now produce feature theatrical films and television series. 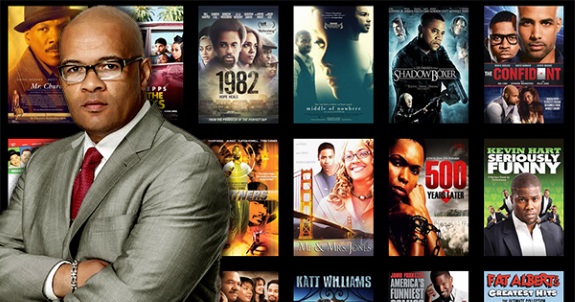 To date, Jeff and his company have produced and distributed over 300 movies and television specials.

Some of their home entertainment (DVD and streaming) releases have included Mr. Church starring Eddie Murphy; Kevin Hart: Let Me Explain, starring the comedian himself; The Inevitable Defeat of Mister & Pete starring Jennifer Hudson; Fire & Ice starring Kadeem Harrison and Lark Voorhies, and many others.

Many of their films are initially released at the annual Sundance Film Festival and the American Black Film Festival.

How he got started

Jeff began his career in entertainment as a successful concert promoter in the music business. Back in the 1980's, he promoted sold-out national concert tours featuring high-profile rappers such as LL Cool J, Run DMC, NWA, the Fatboys, MC Hammer, and even Jazzy Jeff and the Fresh Prince.

Then, he finally entered the film industry after being appointed as President of No Limit Films, rapper Master P's groundbreaking film company. His expertise helped that company to become a $40 million dollar multimedia enterprise, giving Jeff the confidence to one day form his own company.

And that's exactly what he did in 2005, and until today, his company continues to thrive!

Posted by Dadpreneur Productions at 5:07 PM

Email ThisBlogThis!Share to TwitterShare to FacebookShare to Pinterest
Labels: Produced 300 Films and TV Specials and Made $750 Million in Revenue!